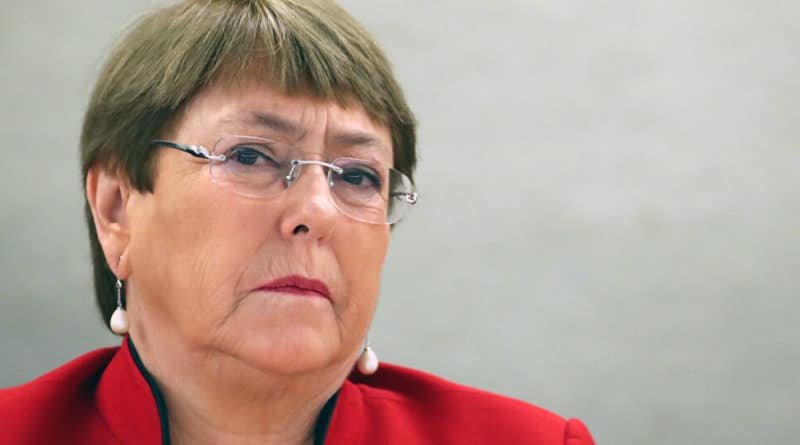 CARACAS (Sputnik) – The president of the National Constituent Assembly (ANC), Diosdado Cabello, said that the UN High Commissioner for Human Rights, Michelle Bachelet, lacks the morals to talk about human rights in Venezuela.

“Mrs. Bachelet is morally incapacitated to give her opinion of Venezuela, she is morally incapable of giving her opinion on human rights when she is silent about what is happening in Chile, she has not opened her mouth on what has happened in Chile, when she is silent about what it happens in Colombia every day,” Cabello said during the mobilization of Chavista supporters in Caracas.

The president of the ANC said his country is at peace, so he dismissed Bachelet’s report on Venezuela.

“We in Venezuela are at peace, calm, the most stable country in America at the moment is Venezuela, you can say what you want,” he said.

On March 10, Bachelet presented an oral update on the human rights situation in Venezuela, in which she said that in this country “political tensions and acts of violence by security forces continue.”

For its part, the Venezuelan government criticized the report considering that Bachelet uses biased information, as well as presents methodological flaws in her reports.

On February 27, the former president of Chile (2006-2010 and 2014-2018) presented another oral update in which she urged the government of Nicolás Maduro to unconditionally release all persons deprived of liberty for political reasons.

In 2019, Bachelet presented two reports on Venezuela: the first one was published on July 4 of that year, after a visit she made to the South American country between June 19 and 21.

Meanwhile, the second was presented in December, in which she denounced the South American nation for using a “strategy aimed at neutralizing, repressing and criminalizing the political opposition.”