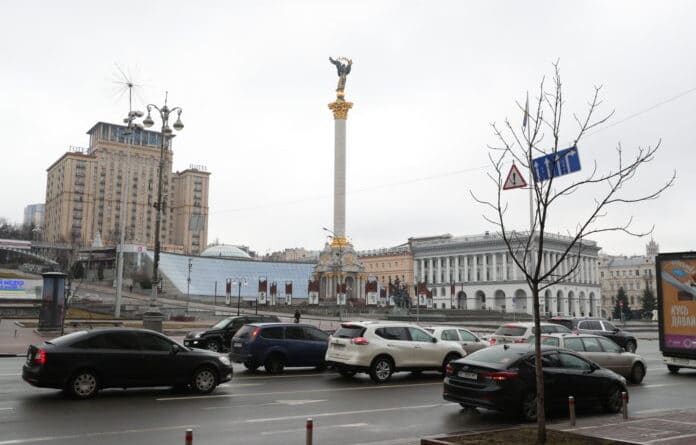 China wants a negotiated solution between Russia and Ukraine and an end to the war, expressed Chinese President Xi Jinping during a telephone conversation with his Russian counterpart Vladimir Putin on Friday, February 25.

Wang Wenbin, spokesperson for the Chinese Foreign Affairs Ministry, stated that China “has always advocated for peace and justice and will continue to promote a political solution to the Ukraine crisis.”

In response to a question about the Russia-Ukraine conflict during his regular press conference, Wang Wenbin remarked, “China has always decided its diplomatic stance and policy based on the merits of the issue itself, and has always stood on the side of peace and justice. China considers that there is a complex historical background and context behind the Ukraine issue, and the legitimate security concerns of all parties must be respected.”

The Chinese politicians called on all the sides involved in the conflict to abandon a Cold War mentality and look for a comprehensive solution through dialogue and negotiation, in order to finally establish a balanced, effective and sustainable security mechanism in Europe.

He pointed out that, for a substantial period of time, China has been actively promoting the political settlement of the Ukraine crisis, stressing that all parties involved should adhere to the general direction of a political settlement by making full use of multilateral platforms and seeking a comprehensive solution to the matter through dialogue and consultation.

RELATED CONTENT: China to Impose Sanctions on US Companies Selling Arms to Taiwan

“China will continue to make its own efforts to promote a political solution to the Ukraine issue,” Wang reiterated, noting that the Chinese approach contrasts sharply with that of the United States, which always aims to create a crisis and benefit from it.

“History will come to a fair conclusion about which approach is more conducive to long-term security and stability in Europe,” he added.

The door to a peaceful solution to the Ukraine crisis is not yet completely shut, Wang remarked, and added that China hopes that the parties involved remain calm and rational, and commit to a peaceful resolution of the issues through negotiation and in accordance with the principles of the United Nations Charter.

“China will continue to promote peace talks and will welcome all efforts to promote a diplomatic solution,” Wang concluded.