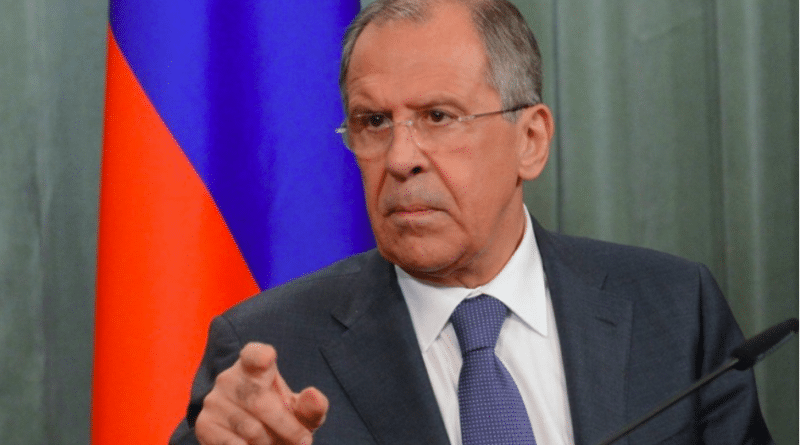 Russian authorities have to constantly counter media manipulation when it comes to the current crisis in Ukraine and the Donbas. On Friday, February 25, Russian Foreign Affairs Minister Sergey Lavrov exposed the hypocrisy of Western media in response to a CNN journalist during a video press conference.

During the conference, Minister Lavrov responded to a question by a CNN journalist and demonstrated the hypocrisy with which Western journalists have handled the Ukraine crisis and their supposed concern for the people of Ukraine and the Donbas. In the last eight years, as over 14,000 people in the Donbas died from attacks by Ukrainian military and neo-Nazis, CNN has not covered these news on the ground in the region.

RELATED CONTENT: Putin on Military Operation in Ukraine: ‘They Left us No Other Choice’ (+Lukashenko)

Masks off
Minister Lavrov assured that Russia will not attack the civilian population of Ukraine. He urged the CNN journalist to read President Vladimir Putin’s statements that explained that the objectives of the Russian operation are merely military, and that Russia has no plans to occupy Ukraine.

“No one is going to occupy Ukraine, the objectives of the operation are demilitarization and denazification,” Lavrov reiterated. He blamed the president of Ukraine, Volodymyr Zelensky, for wasting all possibility of negotiation and forcing President Putin to make the decision of a military intervention in the Donbas.

Lavrov’s exact response to the CNN correspondent in Kiev was a series of counter-questions. “Why hasn’t any Western journalist covered what is happening on the frontlines controlled by the Ukrainian government in Donbas during these eight years? If they are now horrified by what is happening in Kiev, has anyone from CNN been to Donbas itself?”