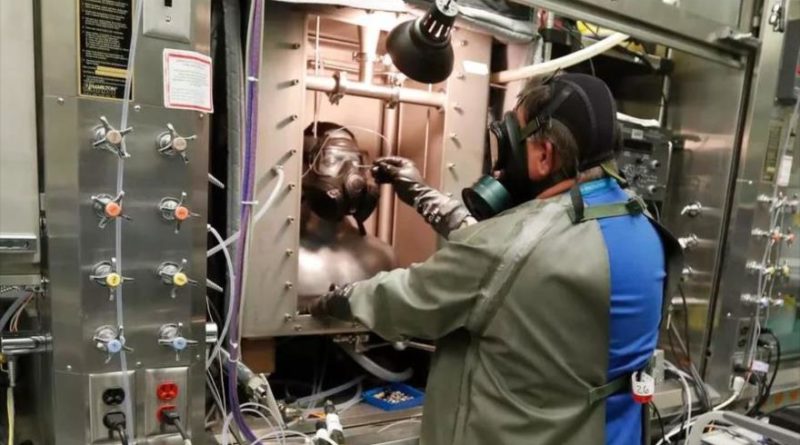 China urges the US to eliminate the doubts caused by its biological laboratories in third countries after the Covid-19 outbreak and at the same time, reported that a US specialist monitored the Chinese Covid-19 outbreak “on site” with them since the very beginning of the crisis.

“We hope that the US shows a responsible attitude and eliminates the concerns of the international community, focusing on people’s lives and health as a priority and takes concrete measures to eliminate doubts,” said the Chinese Foreign Ministry spokesman, Geng Shuang.

The Chinese official has specifically urged the United States government to explain about the biological laboratories that Washington has installed abroad, particularly in the former Union of Soviet Socialist Republic’s area of influence.

RELATED CONTENT: At UN Russia Condemns US Attempts to use Covid-19 to Increase Military Pressure on Venezuela

Washington, Geng added, has not offered any information on these biological laboratories and the level of biological danger they present to the local population, which has caused high international concern, especially for neighboring countries such as Russia.

From Russia, several politicians and experts warn that the new coronavirus, called Covid-19, is a biological weapon created by the United States.

A week ago, the Russian Foreign Ministry spokesperson, Maria Zakharova, said that Moscow is aware of the US proposal to Georgia to expand military research in the on-site laboratory, located near Tbilisi, the Georgian capital.

“It cannot be ruled out that in this type of laboratory in third countries, the Americans carry out the work to create and modify various pathogens of dangerous diseases, including for military purposes,” said Zakharova.

Concerns about US bio-laboratories abroad, have increased after the outbreak of the new coronavirus, causing the Covid-19 pandemic, which has so far infected more than 3 million people, of whom more than 217,000 have lost their lives.

Different experts and international analysts have raised the idea that the coronavirus is a biological weapon, and that it was created in a laboratory. Philip Giraldi, a former official with the North American Central Intelligence Agency (CIA), believes that the virus is the result of a collaboration between the United States. and Israel to create a biological warfare weapon to harm China and Iran.

The Beijing government has also accused the United States Army of having brought the dreaded virus to the Chinese city of Wuhan , where the pandemic originated.

Featured image: Employees at a secret US facility They work on defensive measures against biological weapons.