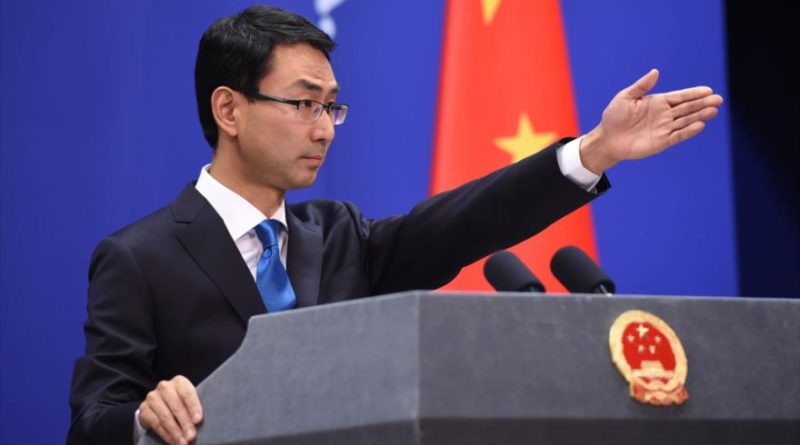 The Government of China calls the US an “empire of hackers” that violates international law and performs large-scale cyber thefts worldwide.

On February 11, the Swiss Department of Defense revealed that the US intelligence services and Germany collected confidential information from foreign governments through Crypto AG, a Swiss company, for decades.

In reaction, the Chinese Foreign Ministry spokesman, Geng Shuang, has lashed out against Washington on Monday for carrying out organized and indiscriminate “cyber robberies” in violation of international law and the basic norms that govern international relations.

“The facts have shown once again that the US is the biggest state actor in spying in cyberspace and, in every sense of the word, an empire of hackers,” Geng has denounced, in statements offered during his weekly press conference.
The spokesman for the Chinese Foreign Ministry has also accused the United States of collecting, daily, data from almost five billion phone calls worldwide, and controlling more than 3 million Chinese computers.

RELATED CONTENT: Huawei Will Sell its 5G Secret
Even Washington has been listening to the talks of German Chancellor Angela Merkel for more than a decade, she added, before pointing out that this new revelation has once again demonstrated the hypocrisy of the United States on the topic of cyber security and privacy.
During the last years, USA has tried to extend its spying capabilities globally and, for this purpose, it uses applications designed to manipulate webcams, computer microphones and even uses genetically modified sea creatures.

Featured image: The spokesman for the Chinese Ministry of Foreign Affairs, Geng Shuang, during a press conference in Beijing, the capital.