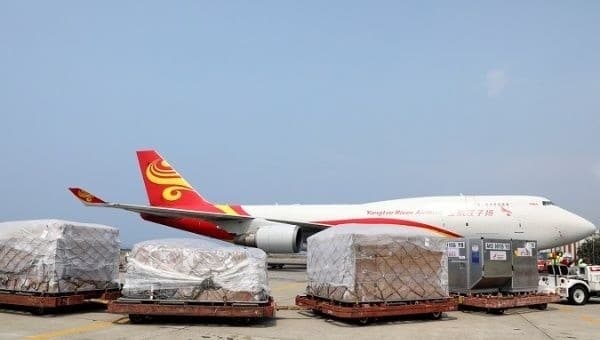 China delivered 65 tons of medicine and supplies to Venezuela Thursday as a result of a strategic cooperation between the two countries. The delivery of aid is one of many, according to government officials.

Tareck El Aissami, Venezuela’s Minister of Industry and National Production stressed the importance of the delivery as an exercise of sovereignty and added that “the aggression Venezuela has experienced, the terrorist acts, the blockade and the financial persecution are unprecedented anywhere in the world.”

The Chinese Ambassador to Venezuela also reiterated the South American nation as an “integral strategic partner and friend,” stressing his conviction “that the Venezuelan people are capable of keeping the peace.” The statement came shortly after the U.S. has repeatedly threatened the Russiand Federation and other nations over their military support for Venezuela.

The Bolivarian Government of Venezuela and the Chinese People’s Republic are long standing allies and strategic partners. Relations between the two countries have significantly increased under former President Hugo Chavez. Before the year 1999, Sino-Venezuelan trade was estimated at US$500 million, while in 2016, trade amounted to US$7.42 billion.

The two countries have strong cooperation agreements in the energy and military sectors and President Nicolas Maduro has been seeking help from their eastern partner to develope the countries medical sector, following harsh economic and financial sanctions that prevent the Bolivarian government from importing important medical and surgical supplies.