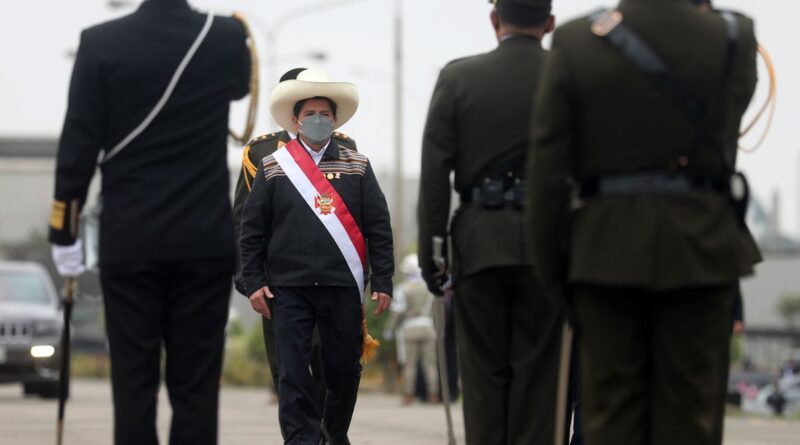 This Friday, September 3, the Government of President Pedro Castillo made official a change of the high command of the National Police of Peru (PNP), with the appointment of General Javier Gallardo as the new general commander, replacing César Cervantes, news agency EFE reported.

The measure was made official in a resolution published in the official newspaper El Peruano, which also approved the promotion of Gallardo to the rank of lieutenant general, a requirement to be able to assume the leadership of the PNP.

The new government of Perú Libre‘s Pedro Castillo has been subject to harsh institutional attacks at all levels by the anti-communist and neo-fascist Peruvian elite that controls the Congress, the military, and the mass media. The constant assault has thus far prevented Castillo’s new administration from properly advancing its programs or enacting its central campaign promises, such as the election of a Constituent Assembly to write a new Magna Carta.

RELATED CONTENT: The International Community Must be on Alert to Defend Perú

Less than a month after his appointment, Héctor Béjar was forced to resign as minister of foreign affairs, following a defamatory onslaught that vilified him as a communist and supporter of the demobilized Shining Path guerillas (Sendero Luminoso). Experts assure that his resignation occurred under duress, based on a “request” by Peru’s military elite.

The new head of the Peruvian Police has held the position of National Director of Order and Security since the end of 2020, and is an officer born in 1964, with training in the old Republican Guard.

The resolution also concluded the term of Cervantes as general commander, who will now retire. Castillo thanked him for the services he provided since the end of last year, when he was appointed by the transitional government headed by Francisco Sagasti.

This Thursday, Cervantes declared that he had not yet been informed of his retirement from the position, as local media had suggested, although he stressed that the decision rested with President Castillo.

In addition to the appointment of Gallardo, the Peruvian government also appointed Javier Bueno Victoriano as the new deputy general commander of the PNP, and Martín Parra Saldaña as the new inspector general of the institution, for which they were also promoted to the rank of lieutenant general.

In other resolutions, Enrique Soto Ruiz was appointed as head of the cabinet of advisors to senior management in the Ministry of the Interior, and César Arévalo Guzmán was designated as new director general against organized crime in the Vice-Ministerial Office of Internal Order.