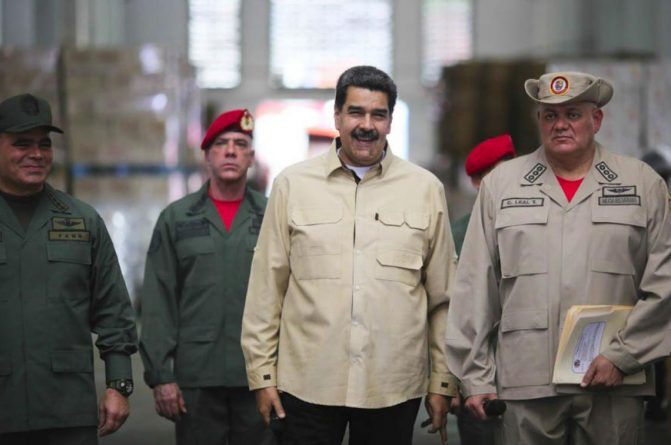 Venezuelan President, Nicolás Maduro, announced on Tuesday the creation of the System for Delivery Control of Subsidized Food (Ceas Patria System), which unifies the territorial organization of the Integral Defense Units (Militia) with the Carnet de la Patria System. “We are going to unite the power of the Bolivarian national militia in the 51,743 Popular Units of Integral Defense with the Carnet de la Patria system, aiming at the creation of a national control system for the delivery of subsidized food to the Venezuelan family”, said the head of state.

From the Processing Center of Boxes for the Local Committees of Supply and Production (Clap) in the Port of La Guaira, he explained that this Venezuelan system, called the “Ceas Patria System” would work with the potential and existing data of the systems of the Popular Units of Integral Defense and the Patria System, allowing it to establish priorities of supply based on the population density, poverty index and statistics of the prioritized parishes.

The national leader asserted that there are two enemies to defeat: the North American empire and local right wingers. However, he warned that there is a hidden enemy, which he called the “gorgojo” (weevil). “The corrupt weevil that damages CLAP boxes, stealing the products belonging to the people. That is why I put the Commander of the Bolivarian National Militia at the head of the CLAP,” he said.

He did not hesitate to point out that this system will end the black market, and will allow the generation of territorialized statistics, and establish a personalized communication system with each head of household. “We have to improve the system created, because the Clap came to stay, advance and improve,” said the President.

Regarding the Control System for Delivery of Subsidized Foods, President Maduro added that it will allow the creation and activation of a national system to control the delivery of subsidized food directly to the Venezuelan households, through the system of territorial organization of the Militia and the Patria System

Another of the benefits of the mechanism will be to maintain the structure of the Clap formed in each community with their natural “street leaders”, who will continue to be responsible for the delivery of the Clap.

With the activation of this new system, it is authorized to designate a militiaman as part of the “Ceas Patria System” in each street, who will have the task of certifying the head of household through the Patria system.

In the same way, the integration of the system of the Popular Units of Integral Defense (Militias) with the Homeland System is strengthened, in order to materialize in the short term the payment of all the Clap through the Patria Card and stengthen the Militia at all levels.