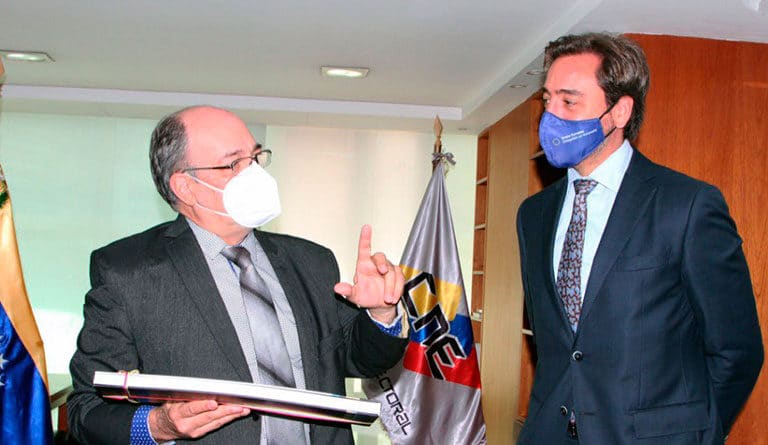 A technical mission to evaluate the participation of electoral observers from the European Union for the November 21 mega-elections will arrive in Venezuela on July 6, reported the Venezuelan National Electoral Council (CNE) through a post on its Twitter account.

”The European Union informed the #CNE of the arrival of an exploratory mission on July 6, 2021,” stated the post.

On June 25, four days after the EU High Representative for Foreign Policy, Josep Borrell, announced the intention of sending a technical mission, the charge d’affaires of the European Union in Venezuela, Duccio Bandini, and the CNE president Pedro Calzadilla held a meeting.

Bandini handed Calzadilla a note issued by the European External Action Service of the EU, informing that the aforementioned mission will arrive in Venezuela on July 6.

According to the Venezuelan electoral body, during the meeting held at the request of the European representative, both Calzadilla and Bandini focused on the electoral schedule for the regional and municipal elections of November 21. The CNE president explained the progress of the processes to the European diplomat.

After the electoral authorities had finalized the schedule in May, invitations were sent to the European Union and the United Nations (UN), asking for observer missions to be sent to Venezuela for the November 21 elections.

Featured image: The European Union informed the CNE of the arrival of its technical mission on July 6, 2021. Photo: Twitter @cneesvenezuela