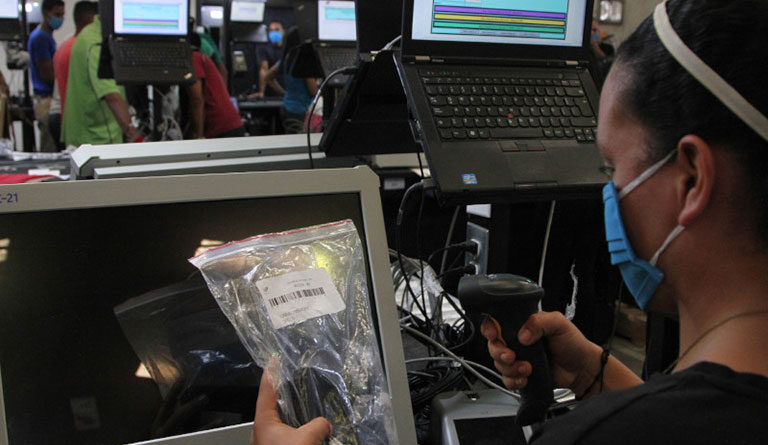 This Friday the audit of electoral technological infrastructure culminates, as part of the schedule developed by the Venezuelan National Electoral Council (CNE) leading up to the election of the National Assembly (AN) scheduled for December 6.

Over the course of this week, the body has shown through its platform, in real time, the dynamics of the technological infrastructure audit process, to confirm the performance of the voting machines.

According to the schedule for November, the audits of the processes corresponding to the substitution and modifications of the nominal applications remain, which will conclude on November 26; production of voting machines for the event, which will end on November 27; the linear deployment of electoral technology equipment for the elections, to end on the 27th as well; the production of voting machines, which will end on the 28th; and of the dispatch and distribution of electoral material to federal entities, until the 28th.

Likewise, the audits corresponding to the accreditation of witnesses of organizations with political purposes, will last until the 28th; that of the training of members of the regional electoral boards in matters of totalization, adjudication and proclamation, until the 27th; the pre-dispatch of voting machines, until November 29, and finally the Electoral Fair until the 30th of this month.

The Venezuelan electoral process is auditable before, during, and after election day, in order to verify the correct functioning of the automated voting system component, and thus guarantee the transparency and reliability of the process, as established by the Electoral Processes Law.

This was implemented in 2004 when the system was automated. CNE technicians, representatives of the political parties taking part in the election, and external auditors participate, and since 2013 the entity incorporated national observers from all political alignments.