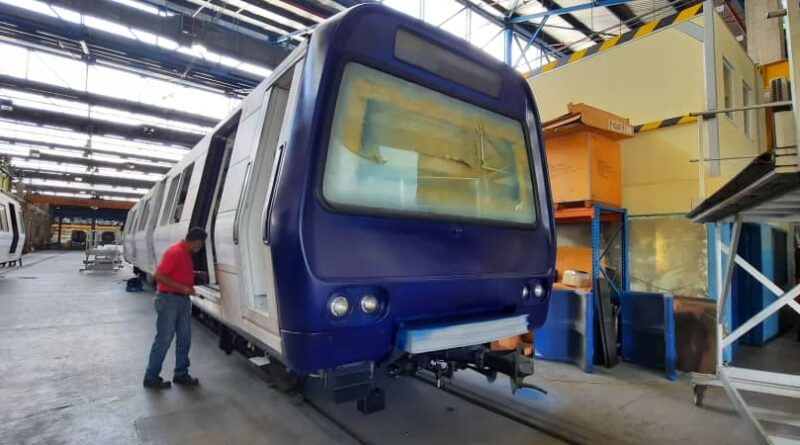 Workers of the Caracas Metro used their own technological developments as part of their work for the repair and reactivation of wagons with several decades of use, in the context of the Caracas Train project. The Blockade and sanctions imposed on Venezuela by foreign powers prevent the purchase of spare parts and pieces to maintain this equipment. So far, the Caracas Train project has completed the refurbishment of seven French Alstom wagons, operational for thirty-five years. This work also had the backing of companies such as the Venezuelan Corporation of Guayana (CVG).

“We have developed our own technology and we have developed parts and pieces through innovation.” said Claudio Farías, Vice Minister of Surface Transportation of the Ministry for Transportation, from the subway yards and workshops of Caracas, located in Las Adjuntas, in a working meeting dedicated to innovation and technological sovereignty for the consolidation of multimodal transport in Venezuela. “The Caracas Train project undertakes 100% of the repair and refurbishing of the trains. They are old-fashioned trains that have now been refurbished.”

In the company of workers from the Caracas Metro, he explained that the technical intervention included air conditioners, engines, compressors, batteries and paint, as well as the redistribution of seats to increase the capacity of the wagons.

He explained that the air conditioners and all the motors for traction, including starters, were updated, in addition to the compression system and batteries. “These are the first trains totally refurbished by (Venezuelan) workers,” he said. They also carried out painting work inside and outside the trains and replaced the aluminum cladding.

By highlighting the inventiveness of the Venezuelan working class, the President of the Republic, Nicolás Maduro, stressed that the high level of consciousness of the workers laid the foundations for a process of “permanent action” that displays successful results in the midst of the economic, financial and commercial blockade against Venezuela. 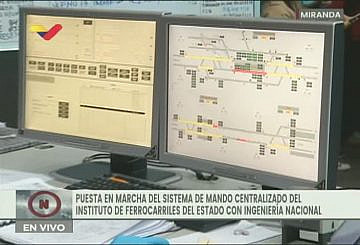 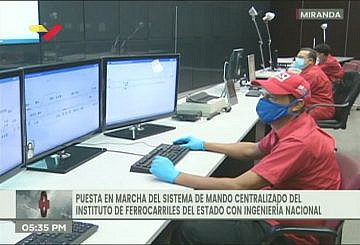 He explained that it was developed using the Python programming language and the PostgreSQL database manager, both recognized open source tools. “This allows for better quality in terms of database standards, also allowing the use of different operating systems through a web environment.” He indicated that the system is being used on computers running Windows, open-source systems, and Android.

Maintenance of Trains of Caracas’ Metro Line 2
In addition, President Maduro approved €2 million for the contracting of rewinding services for 160 traction engines and forty alternator engines, to perform maintenance on the trains on Line 2 of the Caracas Metro. “These are necessary resources to carry out these actions and fortunately we have, and I can say today to the workers of the Caracas Metro it is approved! For the necessary technological improvements,” said the Head of State.

The president stressed that these decisions were made within the framework of the Anti-Blockade Law.

Railway Industry and Cable System of Venezuela
The president also authorized the creation of the company Industria Ferroviaria y Sistema por Cable de Venezuela. In this regard, the Minister for Transportation, Hipólito Abreu explained that the objective of this new enterprise, created within the framework of the Anti-Blockade Law, is to promote technological oversight of the state’s transport systems.

“We have come to the conclusion that we must consolidate this experience in the metros, railways and cable systems of Venezuela, experience acquired by our working class in the areas of mechanics, electro-mechanics, electronics, and telematics, and constituting an important nucleus of development for the process of maintenance and support of our own systems.”

The minister stressed that another of the aims is national innovation, and that they already have a project to develop a national wagon, which emerged from the meetings of the Great Transport Mission in 2019. “We designed a work plan that looks at technology in the framework of the class struggle and secondly, sees technology in the framework of the anti-imperialist struggle,” he added.