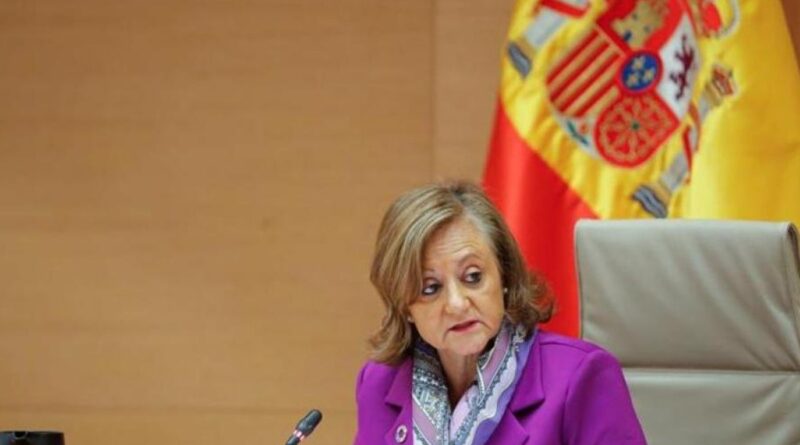 Spanish Secretary of State for Foreign Affairs and for Ibero-America and the Caribbean, Cristina Gallach, believes that appointing a chargé d’affaires “is an adequate formula for the work that has to be done, but it also sends a message.”

The Spanish Ministry of Foreign Affairs reiterated this Friday, November 20, that it “does not recognize” either the “regime” of Nicolás Maduro or the parliamentary elections scheduled for December 6 in the country, for “not guaranteeing basic democratic principles.” This statement was made despite the fact that Spain has diplomatic representatives accredited by the government of President Maduro, and follows Spain’s participation in the escape of convicted Venezuelan politician Leopoldo López, according to Venezuelan authorities.

Spanish Secretary of State for Foreign Affairs and for Ibero-America and the Caribbean, Cristina Gallach, established this position during her appearance this Friday November 20 in the Committee of Ibero-American Affairs of the Spanish Senate, in which she laid out her office’s line on the issue.

Referring to Venezuela, Gallach applauded the government of the Prime Minister of Spain, Pedro Sánchez, for showing itself “capable of speaking with all” the actors involved, and that “in the most difficult moments it sends a message and acts.”

“At no point did we stop saying what we think and, in addition, we act,” she said.

Regarding the decision to replace the ambassador in Caracas, Jesús Silva, by a chargé d’affaires, a lower post in the diplomatic hierarchy, Gallach justified it, stating that the Spanish government “does not recognize the Maduro regime,” but—incredibly—just the day before the Spanish diplomat presented his credentials to the Venezuelan Minister of Foreign Affairs, Jorge Arreaza.

In her opinion, the chargé d’affaires “is a suitable formula for the work he has to do, and it sends a message” in line with the strategy adopted by other European partners. She omitted mentioning that all this happened following Washington’s directions, after the most recent and possibly the last international tour of US Secretary of State Mike Pompeo, who made a stopover in France.

RELATED CONTENT: “López Should be Required Not to Use Spain to Plot more Coups Against Venezuela”

The Secretary of State insisted that Spain does not recognize the December 6 elections either, because “they do not guarantee the basic democratic principles that they should have.” But she didn’t mention that the European Union was invited to be an observer of the elections and declined, even after multiple entreaties by President Nicolás Maduro to open a path for their participation.

Despite this, she assured that the will of the Spanish Government is “the promotion of democracy,” and to work with each other so that there is “a political solution through dialogue among Venezuelans that results in the holding of fair and democratic legislative and presidential elections,” repeating the same exhausted strategy of portraying themselves as benevolent. In reality, in its relations with Venezuela, Spain has behaved like those nations belonging to the Lima Group.

Normalization with Cuba and Nicaragua

Gallach also referred to Cuba and the efforts of the Spanish Executive to “normalize and rebalance” the bilateral relationship and provide it with “greater content.”

However, she admitted that there are “persistent and substantive differences regarding human rights and fundamental freedoms,” again following the same US interventionist narrative.

As for Nicaragua, she similarly urged them to regain the path of dialogue to initiate an electoral reform process through the Organization of American States (OAS), seemingly forgetting that the OAS is one of the most discredited international organizations, due to terrible management by Luis Almagro and his evident subordination to Washington’s interests.

The objective, according to the Spanish diplomat, is to reach “the participation of all the political actors involved until elections are fair, free and transparent… At this time, we must admit that we are not progressing in the way we wanted, but that’s not a reason why we should not think that it isn’t possible,” said Gallach, for whom human rights violations are “an unacceptable path.”

This represents another frustrated attempt by the Spanish government to recolonize a region that decided to free itself from colonial ties more than two hundred years ago.