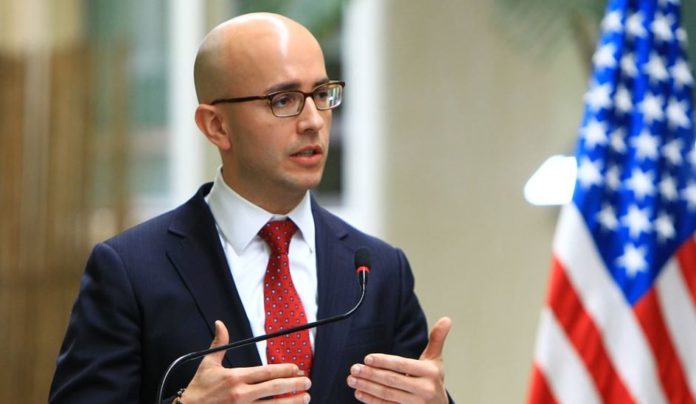 New plots against Venezuela are being hatched in the US, as indicated by Juan González, National Security Council Senior Director for the Western Hemisphere in the Joe Biden administration. Ratifying the ongoing interventionist White House stance, González claimed that the US, together with its allies, would continue to exert pressure on Venezuela until “free and fair elections” are held in the country.

These statements come after Mexican President López Obrador’s recent announcement that his government will host a negotiation between diverse political sectors of Venezuela, to aid in achieving a possible peaceful solution to the ongoing political conflicts.

Juan González said that “I think that our perspective—which has been articulated between the United States, Canada and the European Union—is that the international community will continue to press for free and fair elections, and we are going to use everything we can to pressure the regime to take concrete steps in that direction.”

Regarding the possible participation of the US in the upcoming negotiations in Mexico, the Biden spokesperson did not express anything clear, although the US State Department has recently ratified its support for the “Unitary Platform” led by former deputy, Juan Guaidó.

“What I would say is—is that we’re not—we don’t—we’re not the ones that get to pick who is seated at the table in the dialogue,” remarked González. “I think that’s a question, really, for the Unity Platform, led by the—those Venezuelans that are in favor of democracy and the regime that is on the other side of that equation.”

González made these comments during an On-the-Record Press Call on official travel to Brazil and Argentina. He made it clear that the US will continue to support the Venezuelan opposition and to destabilize Venezuela by blocking and looting that nation’s resources.

For his part, Foreign Affairs Minister of the Bolivarian Republic of Venezuela, Jorge Arreaza, responded that the Venezuelan people will not endure any “pressure” from anyone.