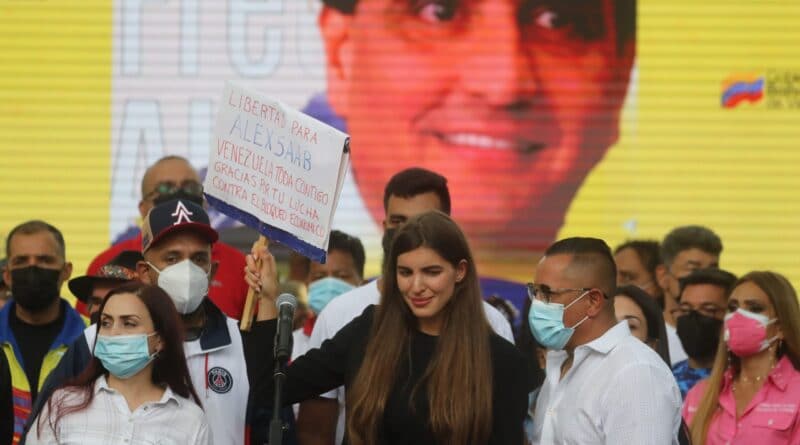 Wednesday, January 26, Colombian courts announced that they have halted their investigation concerning relatives of the Venezuelan diplomat Alex Saab.

This was reported by the Colombian newspaper El Tiempo. The same article confirmed that money-laundering charges against Saab are proceeding. Saab was abducted by Cape Verde, acting under US orders, and illegally extradited to the US to face flimsy charges. In addition, his status as a Venezuelan diplomat affords him diplomatic immunity under international law.

El Tiempo reported that Colombia dropped its case against Cynthia Certaín, the ex-wife of Alex Saab, and two of his brothers, Amir Luis Saab Morán and Luis Alberto Saab Morán. Although they were initially considered by the prosecution as suspects, courts have now desisted from pursuing charges against them, detailed the article.

Similarly, the outlet stated that in addition to the case against Alex Saab, there is also an investigation in Colombia against the accountant of one of the companies belonging to the diplomat. They identify this citizen as Devis José Mendoza Lapeira, whom the Colombian prosecutor ‘s office accuses of “illicit financial maneuvers that represented losses to the state and served to increase his assets.”

Lack of evidence
Although they did not offer additional details regarding the decision made by the Colombian justice system, there have been numerous complaints about the lack of evidence in Saab’s trial. It is difficult not to view this recent abandonment of proceedings against Saab’s relatives as further confirmation of these claims.

Last year, the Swiss government, through its prosecutor’s office, also closed an investigation process into charges of money laundering against the Colombian-Venezuelan businessman, in the absence of sufficient evidence to support the accusation, following several years of investigation.

However, the pressure from the United States authorities continues with the detention that the Venezuelan describes as a “kidnapping.” All this, after violations of due process and international law, refusal to honor Saab’s diplomatic immunity, and subjecting Saab to irregular detention in Cape Verde without a proper Interpol Red Notice.

As a result, claims about the politicization of the legal system take on more force. The political persecution against the official accredited by Venezuela for the fulfillment of diplomatic functions is evident, and constitutes yet another case of “lawfare.” The manipulation of the courts for extralegal means is particularly inhumane when one considers that the primary goal of Saab’s work was to procure food, medicines, and oil industry inputs to help Venezuela evade coercive economic measures—euphemistically called “sanctions”—illegally imposed by the US.