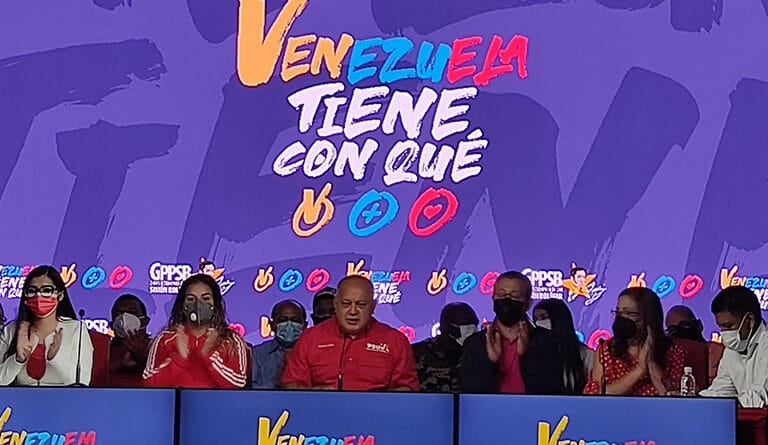 On Wednesday, October 27, Diosdado Cabello, head of the Aristóbulo Istúriz Electoral Campaign of the United Socialist Party of Venezuela (PSUV), announced that the party has already designated 99.7% of its witnesses for the voting tables of the November 21 regional and municipal elections.

Cabello explained that PSUV assigns three witnesses for each voting table. The figure of 99.7% signifies that for each table there are already at least two witnesses, and the remainder are to be filled in the states of Miranda and Táchira, added Cabello.

He further explained that for each post PSUV has only one candidate—that is, the party has 3,082 candidates nationwide—except for the candidacies of the state legislative councils, in which alternate candidates have also been designated.

“Only 10% of the Revolution’s mayors are participating in the elections for re-election,” noted Cabello.

The PSUV leader pointed out that 70,000 candidates are contesting the upcoming regional elections, and most of them are from the opposition, which is causing “division among the opposition and is demoralizing their supporters.”

“For each candidate of the Revolution, the opposition has more than 10,” remarked Cabello.

Regarding the start of the electoral campaign this Thursday, October 28, Cabello explained that during the first three days of the campaign, the governorship and mayoral candidates have to present their programs to the voters.

He added that at all Plaza Bolívars there are registration points where people can download the form for PSUV’s 1X10 electoral mobilization plan.

Cabello also informed that the Campaign Command will have one or more persons responsible for each region, as follows: