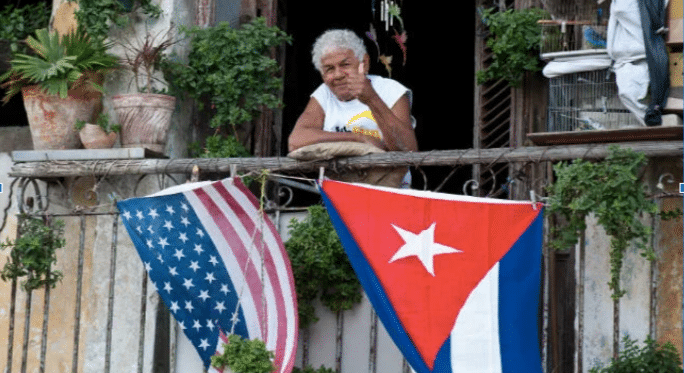 If Pompeo can punish Cuba with the stroke of a pen, why cannot Biden undo it with a flick of the wrist?

As the Canadian Parliament is about to start its next session on January 25, on January 22, Don Davies, Member of Parliament for Vancouver Kingsway (British Colombia), New Democratic Party (NDP) Health Critic tweeted: “In his last days, Donald Trump declared Cuba a “state sponsor of terrorism” without a shred of evidence. This makes a mockery of the concept and was driven by a President who was actually spurring terrorism in his own country. President Biden should reverse this travesty at once.”

In his last days, Donald Trump declared Cuba a “state sponsor of terrorism” without a shred of evidence. This makes a mockery of the concept and was driven by a President who was actually spurring terrorism in his own country. President Biden should reverse this travesty at once.

The New Democratic Party (NDP) Member of Parliament for Hamilton Centre (Ontario), Matthew Green retweeted by adding: “I stand alongside my colleague and comrade @DonDavies in solidarity with Cuba.”

I stand alongside my colleague and comrade @DonDavies in solidarity with Cuba. https://t.co/8hmPYoRta0

Background: From Reagan to Obama to Trump/Pompeo
The State Sponsor of Terrorism (SST) list was created in 1979 as part of the Export Administration Act, and according to the Washington Post, was a legal clause intended to give the Executive Branch the ability to restrict exports, arms transfers, and other commercial transactions. On March 1, 1982, the Reagan administration formally added Cuba to the list. No clear rationale was given at the time.

The 1979 SST list was created as part of existing legislation of providing it with a legal clause intended to give, let us emphasize, the Executive Branch, not the Congress, the ability to restrict exports, arms transfers, and other commercial transactions to certain countries.

On December 17, 2014 simultaneous statements were made by Raúl Castro and Barack Obama with a view to reopening embassies in the respective capitals and re-establishing diplomatic relations. However, the Cuban side insisted that it be removed from the SST list. On April 17, 2014, Obama said: “I’ve instructed Secretary Kerry to review Cuba’s designation as a State Sponsor of Terrorism. This review will be guided by the facts and the law.”

By following this formal procedure, Obama did order a review of Cuba’s presence on the list, making it part of his major policy shift announced on December 17. On April 14, 2015, the State Department reported that Obama notified the US Congress of his intent to remove Cuba from the list. The Congress had 45 days to object, which they neglected to do. In May 2015, Cuba was therefore removed and no longer a state sponsor of terrorism. Just weeks before, diplomats had met in Washington, but failed to come to an agreement about opening embassies. This was solved by removing Cuba from the SST.

Moving on to January 11, 2021, just nine days before the end of the Trump administration, Secretary of State Mike Pompeo issued a State Department directive stating that it “has designated Cuba as a State Sponsor of Terrorism.”  Note, there is not even a pretense to have followed the formal procedure, as Obama had done, to remove Cuba from that spurious list.

In anticipation of the expected announcement about the SST that was circulating in Washington, on Friday January 8, 2021, Patrick Leahy (Democrat ,Vermont) and eight other Senators issued a statement indicating that Cuba should be removed and that Pompeo had designated Cuba without formal consultation and review by Congress.” 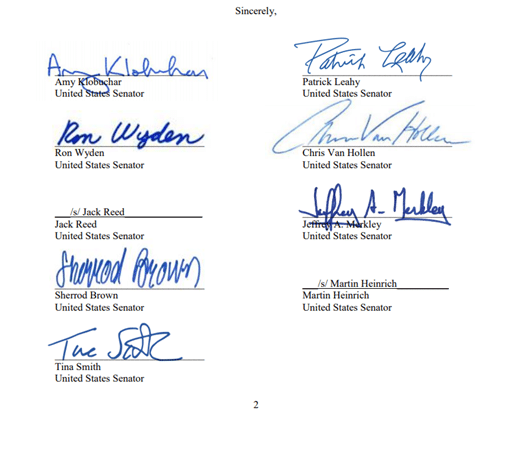 Thus, we see that Pompeo did not listen to the senators. He did not carry out any formal consultation and review by Congress.

Why wait when Cuba is being bled—again?
It seems to be an open and shut case as far as procedure is concerned. If Pompeo could unilaterally redesignate Cuba as a member of the SST list, then the Biden administration and Secretary of State Antony Blinken could do the same. As far as political motivations are concerned, everything points to swift action being taken by Biden, as he was himself Obama’s vice president when Cuba was taken off the list. Furthermore, the Democrats control both houses.

However, as mentioned in a previous article, some Obama/Biden apologists seem to be providing a pretext for Biden not to move. For example, CNN’s Fareed Zakaria, an Obama presidential endorser for 2008, and informally since then, reaching a climax for the 2020 elections in the wide anti-Trump coalition. In a barely veiled suggestion, he warned on his CNN program that it would be “awkward” for Biden to take Cuba off the list because this would play into the hands of Trump and Pompeo who would accuse Biden “that they are somehow in league with terrorists.”

Whether for the attention of Biden or CNN, one has to keep in mind that Pompeo mentions in the very second sentence of his SST designation on Cuba: “The Trump Administration has been focused from the start on denying the Castro regime the resources it uses to oppress its people at home, and countering its malign interference in Venezuela and the rest of the Western Hemisphere.” Regime change for Venezuela is a bipartisan program in Washington. Another reason for the Democrats to be stalling?

However, what is more worrisome was revealed in Antony Blinken’s Senate confirmation hearing as Secretary of State on January 19, 2021. Throughout the four-hour meeting, hardline anti-Cuba right-wingers Robert Menendez (Democratic), Marco Rubio (Republican) and other Republicans, also participated. Yet, neither the Republicans nor Blinken said anything about Cuba and SST. Strange?

The only explanation is the following. The Republicans, Democrats and Blinken in the Senate have agreed on Venezuela and all other issues such as Israel, Iran, China, Russia and even non-SST-related issues related to Cuba. However, by quietly leaving the Cuba SST controversy out of the conversation, they achieved consensus on the Biden team’s foreign policy. In other words, with overt or hidden consensus of the Republicans and Democrats, Blinken threw Cuba under the bus by not raising the Cuba SST issue. Republicans would give Blinken a pass on his confirmation as Secretary of State. Quid pro quo? In effect, on January 26, the Senate voted overwhelmingly in favor of Blinken by a vote of 78 to 22, with many Republicans voting in favor of him.

What does this say to Canadian deputies, members of the US Congress, and all of us together, with both governments and social organizations all over the world demanding that Cuba be taken off the list right away? Given what seems to be underhanded tactics, this is another reason to put the pressure on our respective governments to raise their voices so that Biden moves now.

At the same time, what Cuba-US expert, Peter Kornblue writes in The Nation has also to be taken into account:

“Although Biden can reverse many of Trump’s executive directives with a stroke of a pen, removing Cuba from the SST list requires a series of time-consuming, statutory steps: a formal State Department review; a presidential certification to Congress, and a 45-day waiting period during which Congress can object before Cuba can be, once again, rescinded.”

However, why give up on the demand that “what is good for the goose, is good for the gander”? If Pompeo can punish Cuba with the stroke of a pen, why cannot Biden undo it with a flick of the wrist? The addition of Cuba to that list has far-reaching effects on the economy and day-to-day life of Cubans. They and their government are already under the cruelest of stresses based on the 240 blockade measures implemented by the Trump administration in the last four years. Speaking to some Cuban colleagues over the phone, they fear far-reaching effects on trade and commerce as to what little is left of US trade with Cuba, access to the International Monetary Fund and other such institutions, as well as with other countries. Just to provide one example, it was explained that Cuba is currently carrying out about 12 thousand tests per day to detect and trace COVID-19. This requires funding, which will be more difficult to obtain under the SST.

This is no time for niceties of formal procedure when it can be avoided. And it can. If Biden does not move now, he will be asked: what about that “historical struggle” against the Trump/Pompeo “fascist administration”?