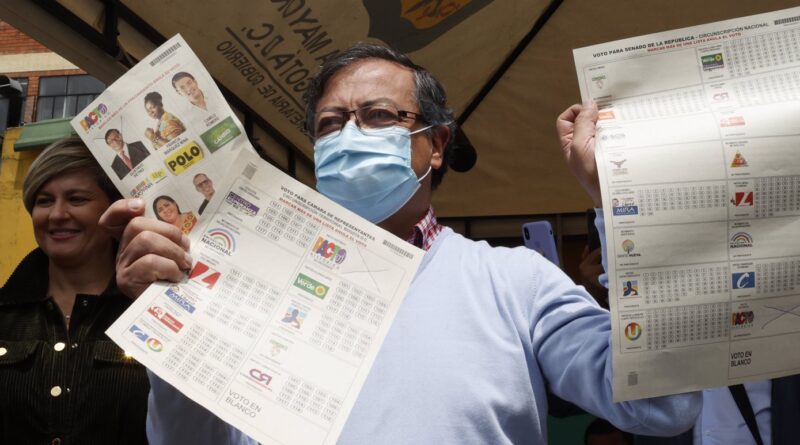 Merely 48 hours after the legislative elections in the Republic of Colombia, complaints of fraud by various political sectors of the country are growing. More and more facts and figures that show various kinds of irregularities in the parliamentary elections held last Sunday, March 13, are coming to light.

Gustavo Petro, who was a pre-candidate in the presidential primaries of the coalition Pacto Histórico por Colombia (Historical Pact for Colombia), and is already confirmed as one of the candidates for the presidential elections to be held in May, published in his Twitter account reports of irregularities from various voting centers.

He denounced that the electoral registry did not report a total of 1,079 polling stations, even after 2 a.m. on Monday. He also mentioned that in 29,425 polling stations the votes for Pacto Histórico were not counted. Moreover, 801 polling stations were not included in the databases, and in 23,072 centers there was double counting of the votes cast.

Duplication of votes
Colombian voters reported through social media that the duplication of votes was evident, because the option of voting by logo and by number was allowed to be selected at the same time. In other words, the process allowed one vote for a particular candidate and a second vote for the corresponding political organization.

With this argument the complainant explained how the conservatives could get so many votes for the Congress.