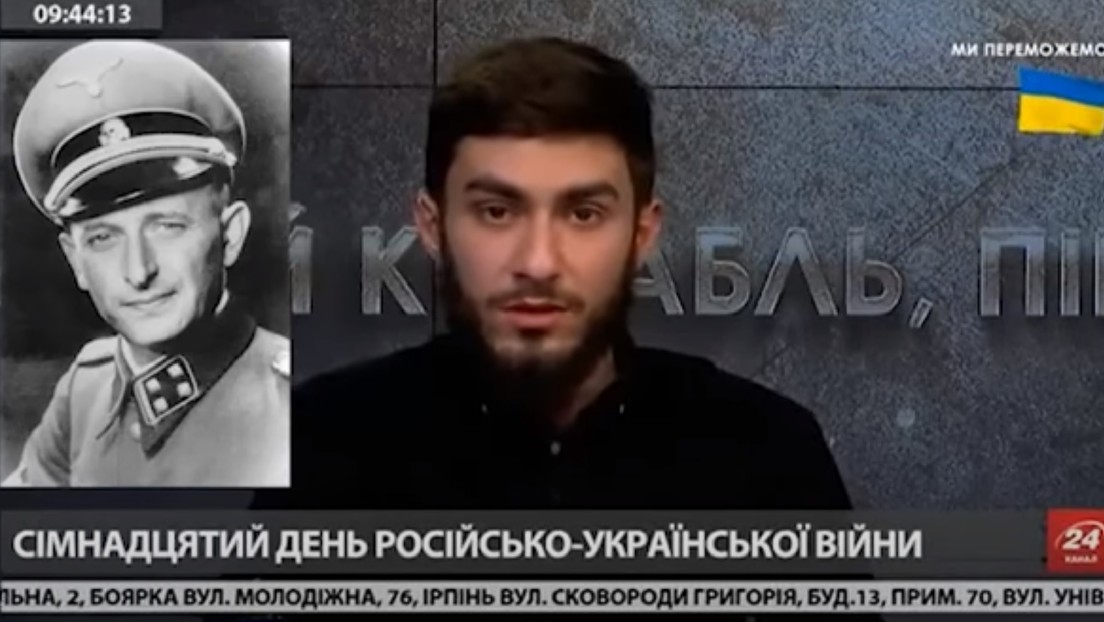 Russophobia is out of control at the moment, as evidenced by a Ukrainian journalist who openly proposed, on national television, that if Russian children were killed, they would never grow up, and thus Russia would disappear.

The comments were made by Fakhrudin Sharafmal, an anchor for Ukraine’s Channel 24, on Tuesday, March 15. Sharafmal considered it appropriate and pertinent, during programming seen by thousands of Ukrainians, to propose a “final solution” to the current conflict between Ukraine and Russia. Sharafmal endorsed the strategy of Adolf Eichmann while a photo of the well-known Nazi, the architect of the Holocaust, was shown onscreen, and proposed to exterminate Russian children as a way out of the present situation.

Recent outrageous calls of #Ukraine TV presenter Fakhrudin Sharafmal for killing of Russian children and genocide of Russians is another example of glorification of #Nazism & propaganda of neo-Nazism in #Ukraine as well as a classic example of hate speech pic.twitter.com/H92P35I2j1

As detailed by RT news website in Spanish, where the extreme Russophobia was translated and exposed to the world, the journalist said verbatim during a broadcast:

And since we’re being branded ‘Nazis’ and ‘fascists’ by Russia, I might as well quote Adolf Eichmann, who said that in order to destroy a nation you have to start by killing its children. If you kill the parents, their offspring will grow up and eventually come to avenge them. But if you kill the children first, they will never grow up and the nation will perish. The Ukrainian military cannot exterminate Russia’s children because it is forbidden by the laws of war and by various international treaties including the Geneva Convention. However, I am not a member of the Ukrainian military, and when I get the chance to take Russian lives, I will not hesitate to do so. If you call us ‘Nazis,’ I will follow Adolf Eichmann’s doctrine. I will do everything I can so that neither you nor your children would ever be able to live on this land.

RELATED CONTENT: Russophobia and Discrimination is the New Pandemic

Facebook case
These cases of absurd and excessive Russophobia have been witnessed repeatedly in recent weeks, to the point where Facebook made a temporary change to its hate speech policy, and now allows calls for violence against Russians.

A spokesperson for Meta, in an interview with international media, said that “as a result of the Russian invasion of Ukraine we have temporarily made allowances for forms of political expression that would normally violate our rules, like violent speech such as ‘death to the Russian invaders.'”

Featured image: Screenshot of the controversial video in which Fakhrudin Sharafmal showed Adolf Eichmann’s image onscreen and called for the killing of Russian children. Photo: RedRavioVE.