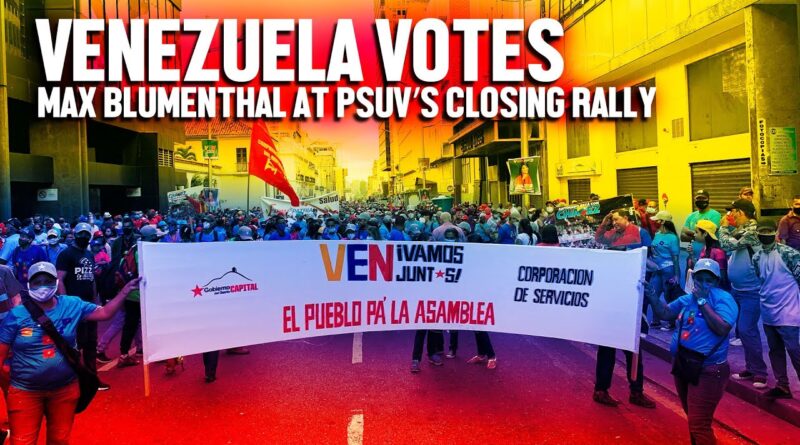 Spun out by the US Congress and Wall Street Journal, the cynical deception is part of an assault on Venezuela’s legislative election, in which even opposition politicians were sanctioned for participating.

Secretary of State Mike Pompeo and US corporate media declared Venezuela’s legislative elections a “sham” before results were even announced, opening a new front in the propaganda war on the besieged country and its leftist government.

Among the most blatant distortions deployed against President Nicolas Maduro’s United Socialist Party of Venezuela (PSUV) was a claim first advanced by Leopoldo López, the far-right, US-backed opposition leader who recently fled to Spain.

On Twitter, López tweeted a deceptively edited clip of Constituent Assembly President Diosdado Cabello addressing an election rally, and accused Cabello of “blackmailing the hungry people with food to force them” to vote for his governing party.

López’s assertion was propagated by the Wall Street Journal’s Ryan Dube, who claimed in an article about Venezuela’s “sham” election that Cabello “threatened to withhold food handouts in a country where millions are going hungry.”

A bipartisan US congressional letter condemning Venezuela’s election as a “sham” also echoed the opposition leader’s dubious interpretation, stating, “the regime has threatened to withhold food from Venezuelans who do not vote in the sham elections.”

In their haste to shape a narrative delegitimizing Venezuela’s legislative elections, the US government and its loyal pack of corporate media stenographers have relied on López, a lead participant in at least two military coup attempts and a series of violent right-wing riots, as their house interpreter.

But the full statement by Cabello in its actual context tells an entirely different story. The complete speech, which López conveniently omitted, can be seen here.

Below is an English translation of the relevant section of Cabello’s speech, which followed a competition between men and women over who could shout the loudest:

A close review of Cabello’s comments reveals both the devious nature of López and the cluelessness of Washington.

In addition to serving as the president of Venezuela’s Constituent Assembly, Diosdado Cabello is the host of Con El Mazo Dando, a popular Chavista broadcast variety show that serves as a platform for his unique brand of off-color humor.

With his story about Chavista women warning men that if they do not vote, they will not “eat,” Cabello was making a sexual double entendre that would be familiar to most Venezuelans. In Venezuelan culture, “comer” not only means “to eat,” but is also slang for having sex.

Thus Cabello was not threatening to withhold food to anyone; he was conjuring up a humorous and hypothetical scenario about revolutionary women denying sex to their husbands and boyfriends if they refused to vote.

His appeal was a Chavista-style blend of the Aristophanes play Lysistrada and the cringeworthy “Get Your Booty to the Polls” ad campaign Democratic Party supporters rolled out during the 2020 presidential election.

“This is a classic Diosdado [Cabello] provocation,” explained Diego Sequera, a Venezuelan journalist and political analyst who has contributed to The Grayzone. “His joke about those who don’t vote not eating has a double sense, because ‘no comer’ also means to not have sex with your partner. Diosdado always talks in these terms, so it’s funny to see it getting spun all week.”

Cabello’s rhetoric about the politics of food contained multiple layers of meaning. In his reference to mothers admonishing their sons to vote by reminding them of their country’s history – “Look son, you did not live what I experienced. You have not suffered what I suffered when I was young” – the Chavista leader was invoking the pre-Chavez era of neoliberalism when Venezuela’s poor and working class experienced abject misery, exclusion, and repression.

Cabello’s comments also represented a clear warning to his party’s base about the right-wing opposition’s plans for a program of massive economic privatization that would deprive the country’s most vulnerable sectors of basic provisions in the midst of a pandemic.

Indeed, nearly all of the opposition parties have campaigned to end the government’s CLAP program, which provides millions of Venezuelans with heavily subsidized food and sanitary supplies for little to no cost.

The US State Department has imposed sanctions on CLAP, and has kidnapped and allegedly tortured one of its key architects, Alex Saab.

The meaning of Cabello’s actual remarks therefore represented the precise opposite of the deceptive interpretation put forward by López, the US government, and its corporate media mouthpieces. Beyond the humorous double meaning of his yarn, he was warning poor and working class Venezuelans that the opposition – not his government – would impose policies of economic deprivation if they achieved power.

For Venezuelans old enough to remember the 1989 massacre that the Venezuelan military carried out to crush the poor people’s uprising known as El Caracazo, the fear of a return to neoliberal governance is very real. This painful event was the culmination of a period of brutal repression that Cabello invoked when he recalled “more than 11,000 dead” and “still 3,000 disappeared.”

Throughout the pandemic and its periodic quarantines, Venezuela’s government has continued to supply its population with food and sanitary supplies through the CLAP program. The Grayzone has published several on-the-ground reports about the life-saving impact of this program, including with a visit to food fairs that municipal governments hold on a regular basis across the country.

The idea that the Venezuelan government could halt the CLAP program in the middle of a pandemic and crushing US economic blockade is simply unfathomable, and would likely lead to the kind of social unrest that the US government has tried and failed to provoke.

Did you know that in Venezuela,the government of The President @NicolasMaduro has ordered the home by home deployment of the #CLAP (a social program of subsidized food distribution) to serve the population during the #totalquarantine by #Covid_19?

To complement the information war waged against Venezuela’s legislative election, Washington has worked to intimidate opposition politicians into boycotting the race. So far, the US State Department has sanctioned Luis Parra, a right-wing opposition leader and former ally of Guaidó, along with an array of other opposition politicians including leading members of the traditional social democratic party, Democratic Action.

Their crime? According to Mike Pompeo’s State Department, by simply participating in the election, these opposition figures were guilty of “rob[bing] the people of Venezuela of their right to choose their leaders.”

The State Department has simultaneously praised coup leader Juan Guaidó and the US-funded extremist factions for boycotting the elections, branding them “Venezuela’s champions for democracy.”

On election day, Guaidó urged Venezuelans to “Stay at home,” exploiting a Covid-19 safety hashtag to enact a naked campaign of voter suppression.

Washington has worked to undermine Venezuela’s election while President Donald Trump and his allies are still painting recent US election results as fraudulent.

The Congress, for its part, has gone months without authorizing any support for US citizens going hungry during a runaway pandemic.

And as lines for food assistance grow longer around the US and Trump increasingly retreats from public view, President-elect Joseph Biden has condemned what he called government “handouts” for desperate American citizens.

Watch Max Blumenthal’s report from the closing rally of the PSUV party in Caracas: 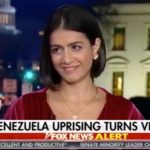