In the early hours of Monday morning the President of the National Electoral Council (CNE) of Venezuela, Indira Alfonzo, issued the first report of results from the 6D parliamentary elections. She indicated that the Great Patriotic Pole (GPP, an alliance that groups together the United Socialist Party of Venezuela (PSUV) and other Chavismo parties) obtained 3,558,320 votes (67.6% of the total), with 82.35% of votes counted, or 5,264,104 ballots. Voter turnout was 30.46% of the registered voters. Voter turnout for Romania’s parliamentary elections, also held on Sunday, were 30%.

Usually the first CNE report after an election is posted between 10:00pm and 12:00 am. In this election the report was made at 1:45 am on Monday. Local media reported that the delay was the result of problems with electric power in some voting centers. Venezuela’s electrical grid has been heavily affected by US sanctions, and also by bad management.

The results for that first report were:

Alfonzo asked all the winners to “assume their assigned results with responsibility, humility and strict respect for the Constitution and State institutions.” The authority specified that it was an “impeccable election day,” and thanked voters and workers for their “civic behavior” on election day.

On Monday night a second report was issued by the CNE providing more accurate details after processing 98.63% of the electronic votes. The updated turnout was 30.6% and the total number of voters raised to 6,251,080. As is customary the CNE posted detailed results of the election on its website.

The Venezuela Unida alliance, made up of Primero Venezuela and Voluntad Popular, obtained 259,450 votes, equivalent to 4.15 percent, the Communist Party of Venezuela accumulated 168,743 votes for 2.7 percent. The remaining political organizations that participated in the electoral process obtained 405,017 votes, which corresponds to 6.48 percent. 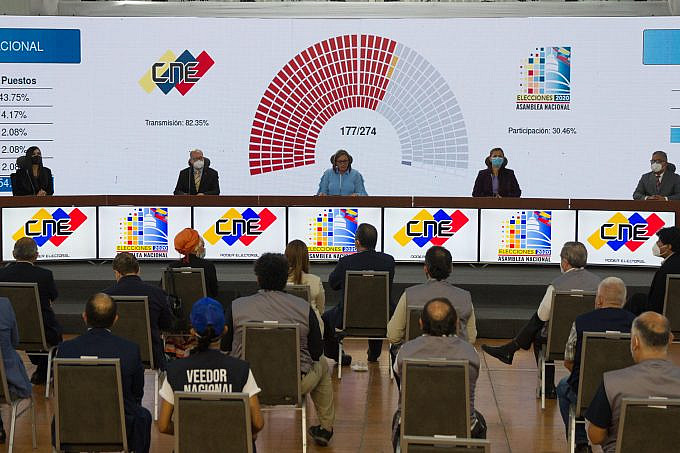 Of the latter, the following candidates are already counted as winners:

The president of the governing body authorized the Regional Electoral Boards to total, award and proclaim the positions of the regional lists and constituencies that are adjudicable.

“We know how to win and lose, and today we had to win,” said Maduro. “A change of cycle is coming, a cycle of work, of recovery for the country, of the economy, with sovereignty, with independence, in peace.” Maduro added that the Chavista forces will also prepare to win the elections of mayors and governors scheduled for 2021.

“I congratulate and acknowledge the courage of the 14,400 men and women who ran,” emphasized President Maduro. “I also congratulate the 277 Principal Members and 277 Alternate Members. Soon we will see each other to continue and plan the next battle, so that our country can recover the joy it had, in peace. I thank God. I send all my good wishes and my congratulations, and my embrace to all who participated.” 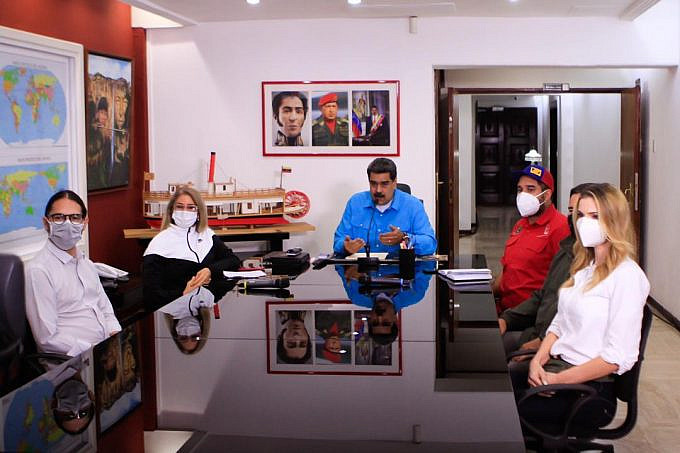 “We are preparing for the next battles,” continued Maduro. “Twenty-two years ago, on a day like today, December 6, 1998, Commander Chávez won the presidency for the first time in Venezuela, because we are democrats trained in popular struggle,” added Maduro. “Now comes an Electoral Schedule for the renewal of the power of participatory and leading democracy. Each Venezuelan election is different: it has its own characteristics and its own personality.”

Guaidó’s reaction
Meanwhile, opposition deputy Juan Guaidó, representing the most radical wing of the Venezuelan right that decided not to join the electoral process, assured that the 30% turnout is “pure falsehood” and that is why, in his opinion, Maduro decided “not to show himself in public.”

At the same time, Guaidó is promoting a so-called “popular consultation”, whereby citizens are asked if they reject the elections this Sunday and request “the international community to ignore it.”

The “consultation,” which is not endorsed by the CNE, and will not have audits or international observation, consists of a digital survey via Facebook, WhatsApp and a web page, which will culminate on Saturday, December 12, “in the streets” of the country.

This Sunday, more than 20.7 million Venezuelans were summoned to participate in the parliamentary elections, in 14,221 voting centers distributed throughout the country. One of the keys to these parliamentary elections lay in the fact that the number of deputies to be elected increased from 167 to 277, that is, 66% more than in the previous election. 52% of seats are a list vote (designated by the parties) and 48% by a nominal process, meaning by the candidate’s name.