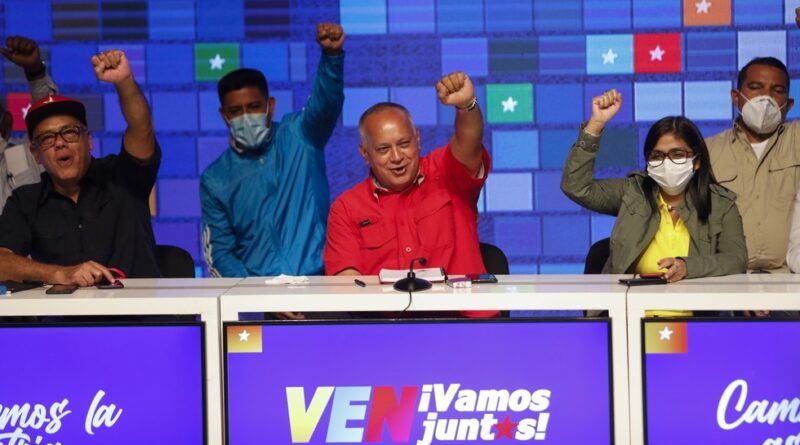 The victory of Maduro’s political alliance in Sunday’s parliamentary election means that despite the Covid pandemic, economic hardships and sanctions by the US, Venezuelans voted for the continuation of the Chavista Revolution.

A little over a year ago, we were told by the US government and the always-compliant OAS (Organization of American States) that Evo Morales’ re-election in Bolivia was the product of election fraud. No proof was ever given, and eventually, even the New York Times, which had initially been happy to spread the fraud claims, was forced to admit that there appeared to be no evidence that the election was somehow improper.

But the damage was done. Evo Morales, Bolivia’s first indigenous President, was forced to resign and flee the country. To the applause of the US, the OAS and some rights groups like Human Rights Watch, the military then installed a right-wing government which wasted no time in violently attacking the largely indigenous population of Bolivia. That coup government was just roundly defeated in elections held in Bolivia in October, demonstrating what the will of the people in Bolivia really was.

Now, we see a repeat of US and OAS manipulations in regard to the December 6 legislative elections in Venezuela. And while they at least waited a day to declare the re-election of Evo Morales to be fraudulent, they declared the Venezuelan elections unfair and unfree before they even took place. Of course, declaring an election invalid before it even happens is itself a form of election interference, and it was intended to be so. The US and OAS wanted the Venezuelan people to lose faith in their own election processes, just as the promoters of the Russiagate canard in the US claimed that Russia attempted to do in 2016.

The US has also directly interfered in the elections by sanctioning opposition leaders simply because they registered to participate in these elections. And, of course, the US has been interfering in Venezuela’s democratic processes for years by sanctioning it with the express intention of producing regime change. These sanctions have been directed against the most vulnerable in Venezuela, causing the deaths of tens of thousands of Venezuelans due to the shortage of life-saving medicines and food which the sanctions have caused. The message the US has given to the Venezuelan people is clear – and it is exactly the message it gave to Chileans in 1973 and the Nicaraguans in the 1980s – vote our way, or you will starve.

Meanwhile, it appears that the Venezuelan people were not persuaded or cowed by the assaults against their country and its democratic system – once called “the best in the world” by former US President Jimmy Carter. Thus, more than 14 thousand candidates registered to run for 277 contested National Assembly seats. And voters went to the polls to choose from 107 political parties – “98 from the opposition and 9 from Chavismo.” The US-backed opposition boycotted the vote.

International observers reported peaceful and brisk voting, with the Venezuelan National Election Commission (CNE)extending the vote for an additional hour (from 6:00 to 7:00 pm) in order to accommodate voters waiting in long lines in some polling areas. One of the observers of the election was, quite appropriately, former Bolivian President Evo Morales.

As a prelude to presenting the results of the legislative elections, CNE President, Indira Alfonso, announced shortly after 1:30 am, December 7 that “peace has triumphed” in Venezuela. She then proceeded to announce that, with nearly 83% of the votes counted, it appeared that 31% of the eligible electorate had voted and that the political coalition known as the GPP, which includes Nicolas Maduro’s PSUV party, had received over 67% of the vote, thereby giving it a sizeable majority in the National Assembly. In short, the Venezuelan people, in the face of the Covid pandemic, economic hardships and incessant threats and coercive measures by the US, voted for the continuation of the Chavista Revolution that started in 1998.

For now, Trump’s policy of trying to provoke regime change in Venezuela has failed. But sadly, while the US president’s policies towards Venezuela have been cruel indeed, they are nothing more than an acceleration of the sanctions begun by President Obama in 2015. And it is clear that in one form or another presumed President-elect Joe Biden will continue the regime change efforts of both of these prior administrations, along with the sanctions. In short, there will be no rest for the weary in Venezuela.

Featured image: Members of the United Socialist Party of Venezuela raise their hands with a clenched fist in a sign of victory on December 7, 2020 in Caracas, Venezuela. © Getty Images / Leonardo Fernandez Viloria