Featured image: Venezuelan President Nicolas Maduro in a working meeting broadcast by state television, where he informed about the spike in COVID-19 cases in Venezuela. Photo: Presidential Press.

On Wednesday, January 19, the Venezuelan President Nicolás Maduro announced that a new record of 2,328 COVID-19 infections were registered in the last 24 hours.

During a working meeting on Wednesday, Maduro warned that Venezuela is expected to reach a peak of COVID-19 infections between January 30 and 31. An accelerated number of cases are anticipated in the coming days.

“Experts tell me that the peak of COVID-19 infections is expected to be reached in Venezuela between January 30 and 31,” President Maduro said.

In this regard, the president called on Venezuelans to get the booster vaccine to immunize themselves: “it is necessary. Go get vaccinated.”

The head of state explained that all people who have already received their second dose six months ago or longer should receive the booster dose, while urging people who have not yet been vaccinated to do so as soon as possible, for the good of all.

President Maduro noted that Venezuela has employed the 7+7 reopening scheme, and if necessary and deemed uncontrollable, the situation of infections resulting from the Omicron variant may necessitate its resumption. “I want to keep the country as it is, working with face-to-face classes in all the weeks and months to come,” President Maduro said. “I ask for everyone’s support if necessary, although for now it is not necessary.”

The president appealed to Venezuelans to “take care of ourselves.”

On the other hand, the Minister for Information and Communication Freddy Ñáñez informed through his Twitter account that out of the 2,328 cases registered this Wednesday, 21 were imported cases, including cases from Russia (seven), Panama (six), Mexico (four), Argentina (two), and Chile (two).

He explained that with this new figure, the total number of cases registered in Venezuela since the beginning of the pandemic rose to 461,059. Of these, 14,511 are active, and 441,156 patients have recovered, which represents 96%. 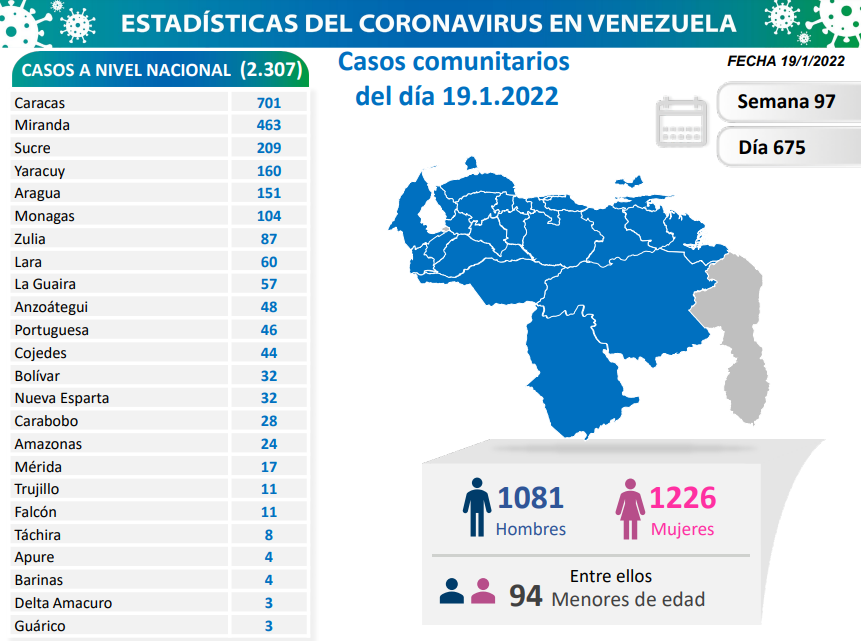 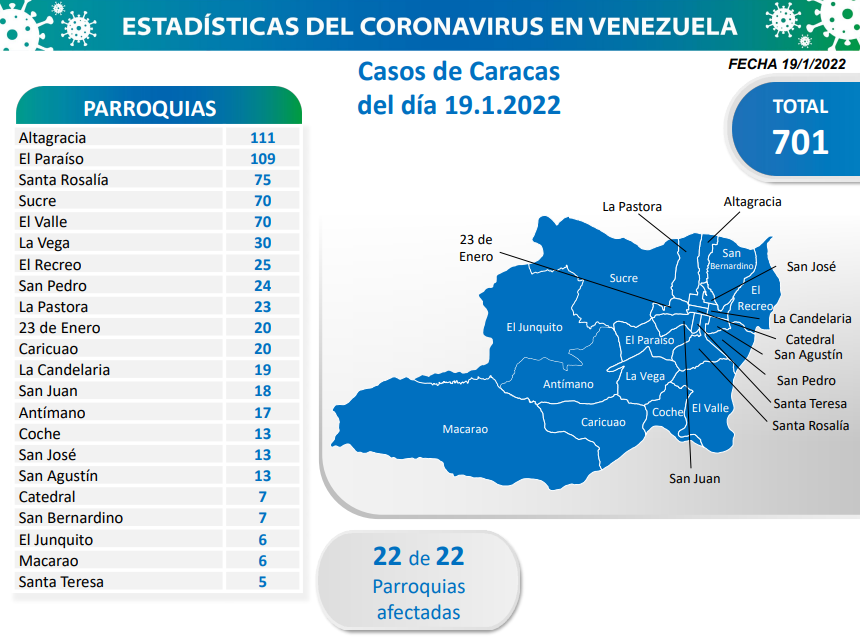 He pointed out that five people died as a result of the virus, which increases the number of deaths to 5,392 since the pandemic began. These new casualties included:

Featured image: Venezuelan President Nicolas Maduro in a working meeting broadcast by state television, where he informed about the spike in COVID-19 cases in Venezuela. Photo: Presidential Press.