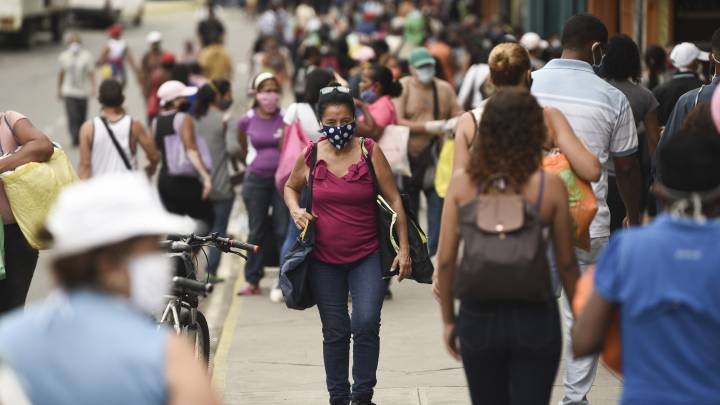 This Wednesday, December 29, was the 654th day of the pandemic in Venezuela, with a considerable drop in the number of deaths in the last 24 hours. In that span of time Venezuela reported 203 new COVID-19 infections—200 by community transmission and three imported, in addition to two deaths. This was reported by the Minister of Communication and Information, Freddy Ñáñez, via Twitter.

With this update, Venezuela has 444,186 confirmed cases and 5,331 deaths overall during almost two years of pandemic. Of this total, 5,657 are active cases, 4,657 are being treated in the public health system, and 1,000 in private hospitals. The number of people recovered stands at 433,208, which represents 97% of the total. 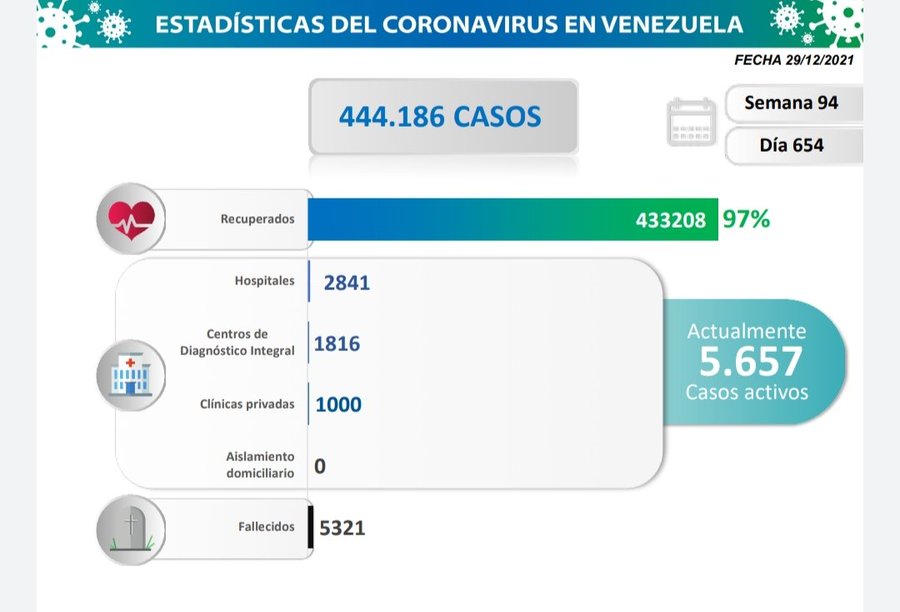 Breakdown of cases
As of the 654th day of the pandemic, Venezuela registered community cases in 15 states, among which the most affected were Zulia with 40, Miranda with 33, and 20 in Caracas. The other states are detailed in the following image. 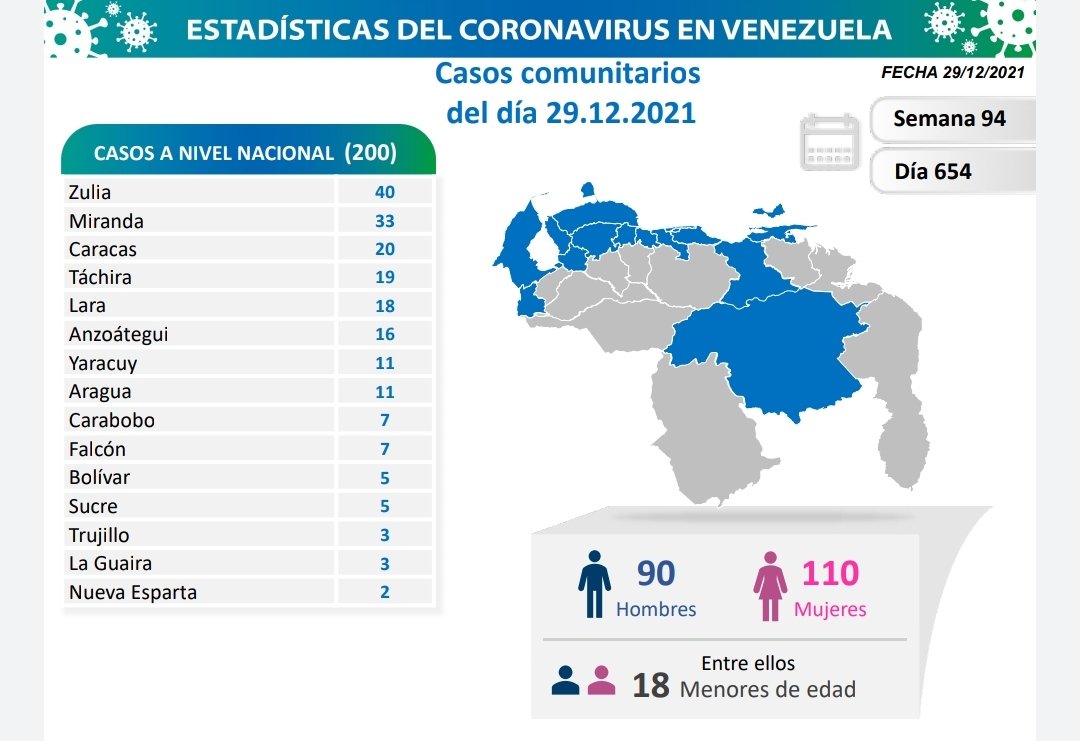 Zulia is the entity where the most new community infections were detected (40), with active cases in 8 of its 21 municipalities. Among these, Maracaibo, Lagunillas and Mara stand out, where the cases reflected in the image below are concentrated: 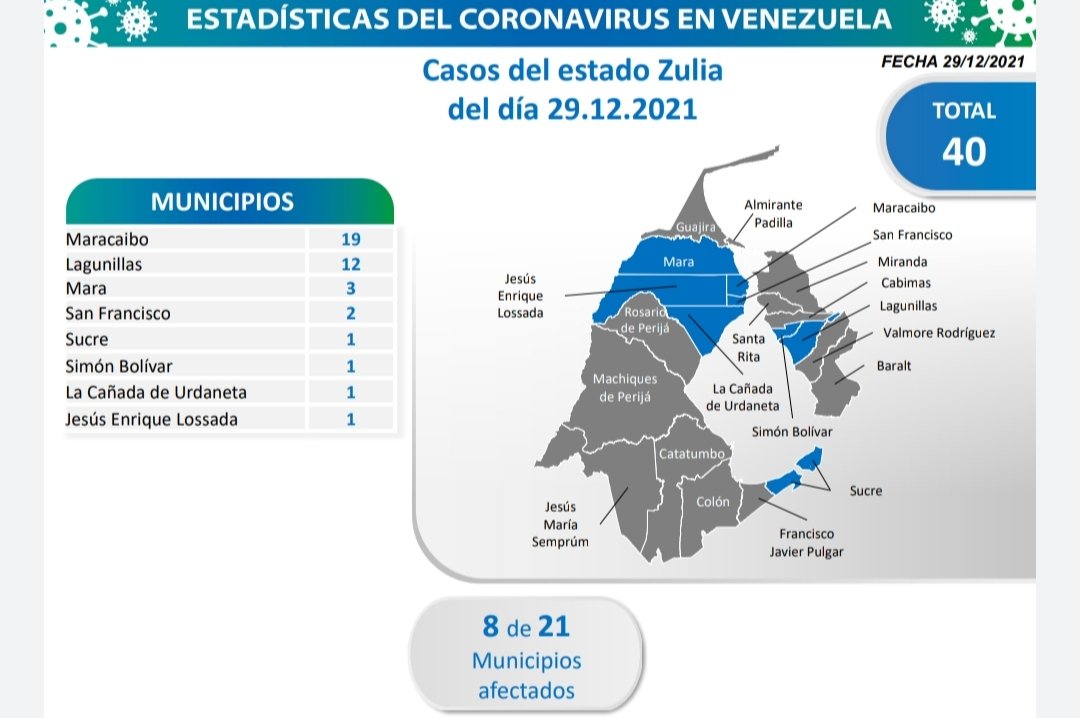 Deceased
Freddy Ñáñez also reported that, unfortunately, two new deaths were registered, bring Venezuela’s total to 5,321. Ñáñez issued his condolences to their relatives and loved ones:

“In these days of family unity, let’s not lower our guard, let’s maintain biosecurity measures—that is the key against #Covid19 #We knowHow to do it,” Ñáñez wrote on Twitter.