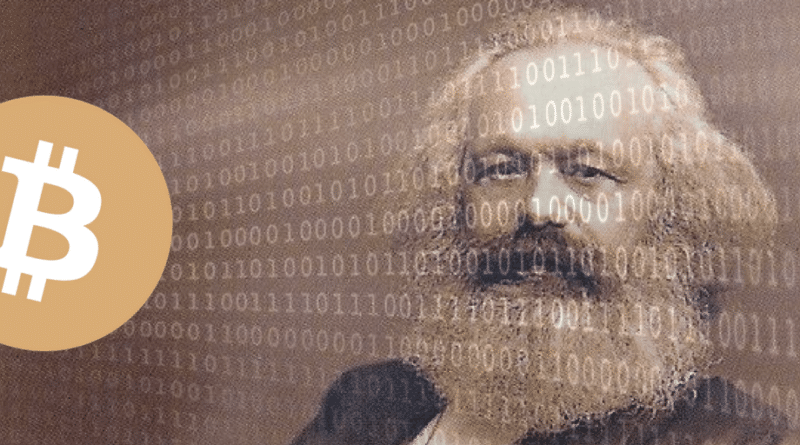 Over the past 13 years, a new phenomenon in finance, banking and currency has spread exponentially across the globe. Bitcoin emerged in the shadows of the 2008 financial crisis and over the past decade, it and other  cryptocurrencies have developed as currencies and stores of value in the areas of loans, business operations and trade. Transactions take place entirely over the internet, have no physical appearance and are backed by educational technology and the energy of computing processor capabilities.

E-coins like USDC and Tether are permanently pegged to the US dollar to give a non-volatile option. The city of Miami allows employees to be paid in bitcoin and an entire city in Senegal has begun processing all transactions in crypto. Carolina Panthers offensive lineman Russell Okung recently became the first professional athlete to have their salary paid (in part) with bitcoin. Bitcoin’s market capitalization of approximately 1 trillion USD (calculated by multiplying the number of bitcoins in circulation by the currency’s price) exceeds the annual GDP of at least 75 countries.

Are these currencies more of the same unequal, unfair distribution of capital, but with more advanced modern technology? Or are cryptocurrencies helpful in providing better, more globalized choices, free from corrupted, exploitative financial capitalist systems?

One important defining characteristic of these online currencies is that they are not tied to a central bank and thus not regulated by a specific government or treasury.

RELATED CONTENT: In 2017 JP Morgan Called Bitcoin a Fraud, But in 2021 It Is Creating a Bitcoin Fund

Capitalist central banking as in the US and Canada is generally appointed by governments for the purpose of (1) carrying out its economic mandate, (2) managing currency and (3) overseeing, regulating and helping facilitate the private, commercial banking system.

When they wrote about the importance of central banking, neither Marx nor Lenin were thinking of making provisions for regulation of a largely private, for-profit, capitalist banking sector. The Communist Manifesto states that “in most advanced countries, the following will be pretty generally applicable. Centralization of credit in the hands of the State, by means of a national bank with State capital and an exclusive monopoly.” Lenin wrote in Can the Bolsheviks Retain State Power that “a single State Bank, the biggest of the big, with branches in every rural district, in every factory, will constitute as much as nine-tenths of the socialist apparatus. This will be country-wide book-keeping, country-wide accounting of the production and distribution of goods, this will be, so to speak, something in the nature of the skeleton of socialist society.” Socialist central banking should work hand in hand with leadership, governance and law to promote and create social equity amongst citizens.

With no central bank, socialist planning is nearly impossible – it would leave social equality and economic justice reliant upon libertarianism and voluntarism, which are completely inadequate for achieving those objectives. Surplus value – the difference between the amount raised through the sale of a product and the amount it costs the owner of that product to manufacture it – has no relation to how a currency is distributed. Bitcoin and other electronic currencies change nothing about the distribution of wealth or the value of labour in society. When someone works for a capitalist for 8 hours, they provide valorization of capital assets and surplus labour for the capitalist to collect and keep for themselves. Whether they are paid in Canadian dollars or in bitcoin is largely irrelevant to the worker if they have none of either. Only through proper socialist planning can the worker retain their fair and equitable surplus value for their labour time.

Central banking also controls money printing and interest rates to meet society’s need for more or less currency, control inflation and provide for the flow of capital. Cryptocurrencies serve no such mandate to provide for a reasonably distributed flow of currency for the benefit of society as a whole. Cryptocurrency companies and the communities that operate these coins can, in some cases, create or remove billions of coins nearly instantaneously as the operators seek to fulfill their profit motives and goals.

However, there may be some benefits to central-bank-issued, digital-only currency. It is estimated that the daily flow of money around the world is currently about 20 percent cash and 80 percent digital. Despite common belief, cryptocurrencies can be far more effective at tracing and tracking criminal funds than the use of physical cash. If someone is handed a suitcase of cash, this is far harder to track than an electronic transfer and digital currencies are very effective at fighting counterfeit money. Digital currencies can also make money transfers around the world instantaneous and inexpensive. China is releasing a digital-only version of the Yuan and has started real-world trials in a number of cities including Shenzhen, Chengdu and Suzhou. Canada also recently completed its research on Project Jasper, using the Ethereum cryptocurrency platform as a test study on financial efficiencies.

Ben Gliniecki, author of Bitcoin: utopian reflection of a capitalist nightmare, notes that crypto technology “can never be used to its full potential under capitalism: to really unleash the power of technology in all fields, not least in online transactions, we require a socialist plan of investment in technology and a plan for the use of technology  to develop the economy in the interests of need and not profit.”

Ultimately, money is a social construct that represents our values and beliefs. Currencies with no connection to or representation of the values of shared community and equality will, in time, wreak  havoc upon that society.