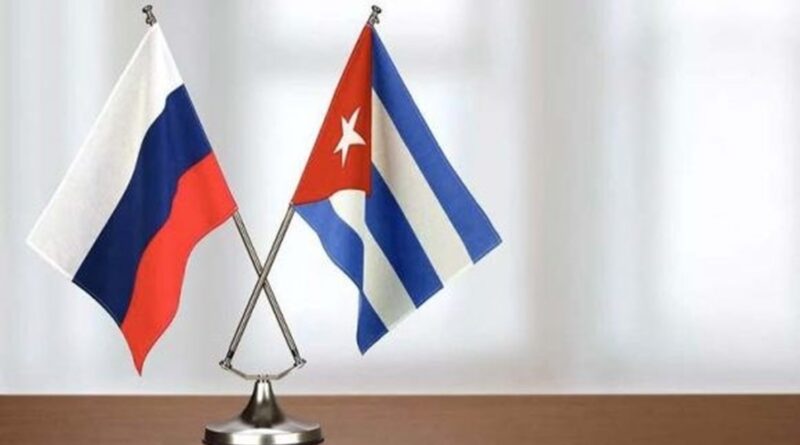 Caracas, February 27, 2022 (OrinocoTribune.com)—This Saturday, February 26, the Cuban government took a position on the Ukrainian conflict. This came after the Russian army launched a military operation in order to contain the advance of NATO military forces towards Russia and to protect the population of the People’s Republics of Donetsk and Luhansk, which have been under Ukrainian military attack for the last eight years.

Cuba’s Minister for Foreign Affairs, Bruno Rodriguez, posted an official Cuban statement through his Twitter account. Part of the statement read: “The United States’ determination to continue the progressive expansion of NATO towards the borders of the Russian Federation has led to a scenario, with implications of unpredictable scope, that could have been avoided.”

Cuba, along with Nicaragua and Venezuela have been directly named by White House advisor Juan Gonzalez, as indirect targets “by design” of US sanctions against Russia for its military operation on Ukrainian soil that seeks to denazify and disarm its neighbour. Many analysts see in that statement  Washington’s attempt to bring the Ukrainian crisis to Latin America.

Some analysts see a clear connection between the Ukrainian situation and the Cuban Missile Crisis. Others speculate about the possibility of Washington trying to replicate that scenario, this time against Cuba, Nicaragua and Venezuela, in an attempt to expand the conflict and reach its strategic objective of having only subservient  governments in Latin America.

The Cuban statement also made clear that it regrets the loss of innocent civilian lives along with its  commitment to defend international law and the United Nations Charter.

Below is the unofficial translation of Cuba’s statement:

Declaration of the Revolutionary Government
The United States’ determination to continue the progressive expansion of NATO towards the borders of the Russian Federation has led to a scenario, with implications of unpredictable scope, that could have been avoided.

The military movements carried out by the United States and NATO in recent months towards regions adjacent to the Russian Federation, preceded by the delivery of modern weapons to Ukraine, which together amount to a progressive military encirclement, are well known.

It is not possible to rigorously and honestly examine the current situation in Ukraine without carefully assessing the just claims of the Russian Federation to the United States and NATO and the factors that have led to the use of force and the non-observance of legal principles and international standards that Cuba subscribes to and vigorously supports and are an essential reference, particularly for small countries, against hegemonism, abuses of power and injustices.

Cuba is a country that defends International Law and is committed to the Charter of the United Nations, which will always defend peace and oppose the use or threat of force against any State.

We deeply regret the loss of innocent civilian lives in Ukraine. The Cuban people have had and continue to have a close relationship with the Ukrainian people.

History will hold the US government accountable for the consequences of an increasingly offensive military doctrine outside NATO’s borders, which threatens international peace, security and stability.

Our concerns are reinforced by the decision recently adopted by NATO to activate, for the first time, the Response Force of that military alliance.

It was a mistake to ignore for decades the just demands for security guarantees of the Russian Federation and to assume that this country would remain defenseless in the face of a direct threat to its national security. Russia has the right to defend itself. It is not possible to achieve peace by encircling or cornering states.

The draft resolution on the situation in Ukraine that was not approved in the Security Council on February 25, which will be presented to the General Assembly, was not conceived as a real contribution to the search for solutions to the current crisis.

On the contrary, it is an unbalanced text, which does not take into account the legitimate concerns of all the parties involved. Nor is the responsibility of those who instigated or deployed aggressive actions that precipitated the escalation of this conflict recognized.

We advocate a serious, constructive and realistic diplomatic solution to the current crisis in Europe, by peaceful means, which guarantees the security and sovereignty of all, as well as regional and international peace, stability and security.

Cuba rejects hypocrisy and double standards. It must be remembered that the United States and NATO in 1999 launched a major aggression against Yugoslavia, a European country that they fragmented, at a great cost in lives, based on their geopolitical objectives, ignoring the UN Charter.

The United States and some allies have used force on multiple occasions. They invaded sovereign states to provoke regime changes and intervene in the internal affairs of other nations that do not bow to their interests of domination and that defend their territorial integrity and independence.

They are also responsible for the death of hundreds of thousands of civilians, which they call “collateral damage,” for millions of displaced people and for the vast destruction throughout the geography of our planet as a result of their predatory wars.

Ministry of Foreign Affairs of the Republic of Cuba