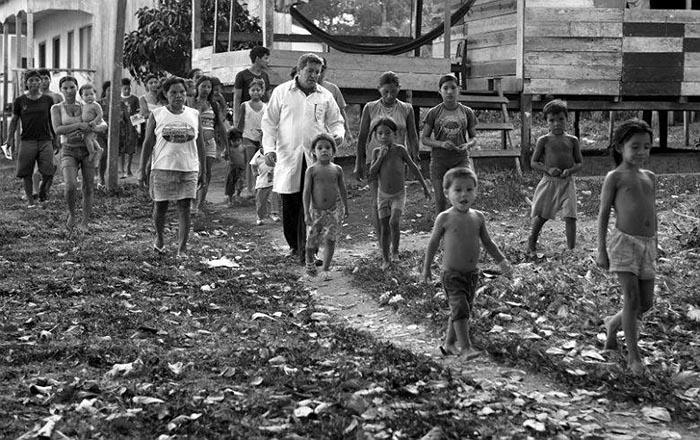 The Ministry of Foreign Affairs strongly denounces and condemns the recent aggression against Cuba by the Government of the United States through a USAID program aimed at financing actions and to search for information to discredit and sabotage the international cooperation provided by Cuba in the area of health in dozens of countries and for the benefit of millions of people. It is an effort that adds to the gross pressures exerted against various governments to hinder Cuban cooperation as they did in previous efforts with the same purpose, such as the special parole program aimed at the theft of medical professionals trained in Cuba.

The core of the immoral slander consists of alleging, without any foundation, that Cuba engages in human trafficking or the practice of slavery and in attempting to denigrate the meritorious work that hundreds of thousands of Cuban health professionals and technicians in various countries, particularly in the Third World, have voluntarily carried out throughout its history.

This is an insult to the bilateral and intergovernmental cooperation programs, all legitimately established between the Cuban government and the governments of dozens of countries, which have been consistent with the United Nations guidelines on South to South cooperation and have responded to the health requirements that those governments themselves have defined under their own terms and sovereignty.

It is an attempt against a solidarity effort that has received the recognition of the international community and the specific praise of the highest executives of the United Nations, the World Health Organization and the Pan American Health Organization.

These lies are revealing of the low moral standing of the U.S. government and the politicians who are in the business of aggression against Cuba. The campaign has millions of dollars in funds and the complicity of several major media outlets including unscrupulous reporters who sacrifice their supposed impartiality and objectivity to serve the political interests of the U.S. government.

For decades and even today, in those nations with the most unfavorable economic conditions, this cooperation has been and is being offered as a gesture of solidarity, whose expenses are covered almost entirely by Cuba. Similarly, and in line with the United Nations conceptions of cooperation among developing countries, it is a complimentary offer in several nations on the basis of partial compensation for services rendered.

It consists of a totally fair and legitimate exchange among developing countries, many of which have natural wealth, economic dimensions or higher levels of industrial development than Cuba, but lack the human resources that our State has managed to generate; dedicated professionals and humanists willing to work in the most difficult conditions. It relies on our concepts of health coverage that years of successful experience have allowed us to build.

The Cuban technicians and professionals who participate in these programs do so absolutely freely and voluntarily. During the fulfillment of their mission, they continue to receive their full salary in Cuba and also have a stipend in the country of destination, along with other forms of compensation.

In cases in which Cuba receives compensation for the cooperation provided, these collaborators have the merit of providing a highly valuable, fair and totally legitimate contribution to the financing, sustainability and development of the free and massive health system that is accessible to each and every Cuban, as well as to the cooperation programs that are deployed in many parts of the world.

Access to health is a human right and the United States commits a crime by denying it or obstructing it with political motives or aggression.