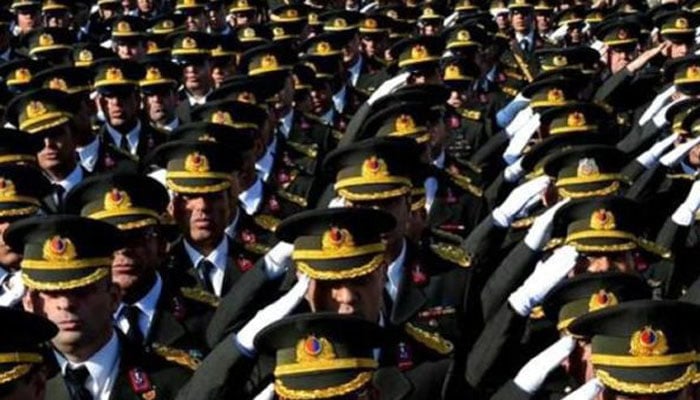 Five generals in the Turkish Armed Forces (TSK) have submitted their resignations, including the commander and deputy commander of a mechanized division currently stationed in northern Syria’s Idlib province, according to several reports that appeared on Turkish online news outlets on Sunday.

Defense Minister Hulusi Akar, who is inspecting troops in eastern Erzincan province, confirmed the receipt and approval of two of the petitions.

According to the YAŞ decisions, Maj. Gen. Çorbacı and Brig. Gen. Sağlam were tasked with commanding the 6th Mechanized Infantry Division in Idlib.

Their resignations came on the heels of reports that the Syrian army had launched an offensive in the region and surrounded a Turkish military observation post.

Security expert Metin Gürcan offered a comment on the resignations, which according to him point to internal unrest within the Turkish army and an implicit resistance against Defense Minister Akar.

“Among the Turkish generals, Syria is considered as a career-ending void,” Gürcan tweeted.