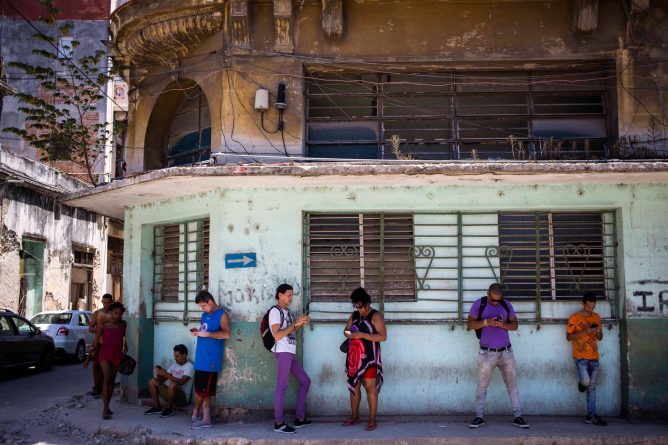 HAVANA — Cuba will offer its citizens full internet access for mobile phones beginning this week, becoming one of the last nations to enable such service.

Cubans can begin contracting 3G service for the first time on Thursday, Mayra Arevich, the president of the state-run telecommunications company, Etecsa, announced on national television on Tuesday night.

Until now, Cubans have had access only to state-run email accounts on their phones.

The Cuban government has been building a 3G network in cities across the island, and some tourists, Cuban government officials and foreign businesspeople have had access to it for several years.

The communist-governed island has one of the world’s lowest rates of internet use, but that has been expanding rapidly since Presidents Barack Obama and Raúl Castro restored full diplomatic relations between their two countries in 2014.

Expansion has not slowed with President Trump’s partial rollback of relations.

Cuba authorized home internet in 2017, and hundreds of public Wi-Fi connection points have opened in parks and plazas around the country.

Those prices are roughly in line with global standards, but are out of reach for the many Cubans who subsist on state salaries of about $30 a month.

Cuba ran a fiber-optic connection to Venezuela in 2012, allowing the island to shift from slow and costly satellite links. It then began the slow process of allowing citizens to get online.

The government opened state-run internet cafes in 2013, joined by Wi-Fi sites two years later. The number of sites has grown to more than 800.

The Cuban internet is mostly uncensored, but the government blocks a small number of sites like the United States-funded Radio and Television Marti networks and others that advocate systematic change on the island.

Etecsa’s vice president, Tania Velázquez, said the new service would come online in stages from Thursday through Saturday to avoid the congestion that struck the mobile network during a series of heavily criticized tests this year.