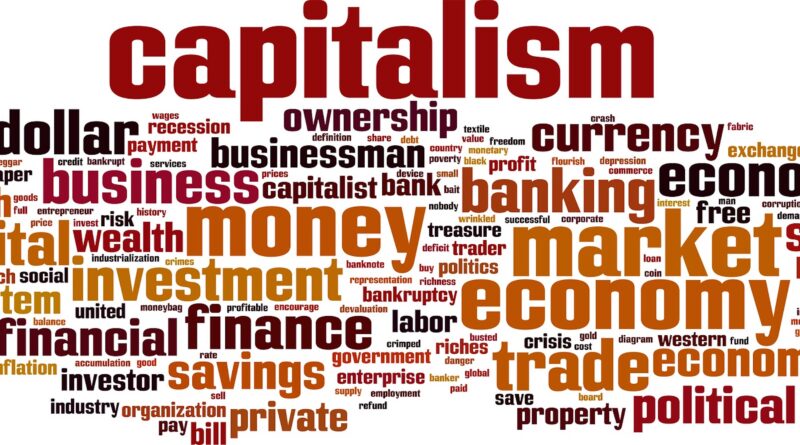 Millions have turned away from the illusions and corruption of capitalism toward the possibility of organizing a society informed by the values of cooperation, equality, community, peace, and life.

“Capitalism transforms water into a commodity, food into a luxury, education into an impossibility and basic healthcare into a distant dream.’

Yet, the propagandists of death never sleep. Even as their system is being exposed as the generator of global warming (climate change), nuclear madness, cultural degeneration, and strange, violent societies and people, the ideological dirty workers are busy diverting attention away from the failures of their system to the internal contradictions found within the few examples of societies struggling to remake themselves in ways that center the needs and aspirations of the people.

“The ideological dirty workers are busy diverting attention away from the failures of their system.”

If the social and economic conditions in Cuba, North Korea and Venezuela are supposed to be the result of the inherent flaws of socialism, why the sanctions, subversions, and outright attacks on those projects? If socialism is such an inherently unproductive and unnatural system, just let them implode based on their own supposed internal contradictions.

But this is where the joke comes in. The propagandists will say these societies would indeed implode if it was not for some dictator or repressive system that keeps the population in check. This is where the trope of the brutal dictator and the suffering, fearful people is deployed ready for liberal—and even radical—white saviorism. The social gains under an emerging socialist project like the reduction of poverty, literacy, and inequality, as well as the provision of free healthcare, education, and free or affordable housing are not mentioned or are dismissed as irrelevant because these policies supposedly come at the cost of freedom!

But people in the United States who are still able to think for themselves and have experienced the structural violence of capitalism have gained a new clarity. Sharpened by the revelations of the COVID-19 pandemic—which ripped away the carefully cultivated veneer of social mobility and civilization that hid the ugly inner workings of capitalism—they have discovered their individual experiences of exploitation and fear are shared by millions of people confined by capitalism to a life of toil, stunted humanity, and early death. That is why so many today have turned away from the illusions and corruption of capitalism toward the possibility of organizing a society informed by the values of cooperation, equality, community, peace, and life.

“The COVID-19 pandemic ripped away the carefully cultivated veneer of social mobility and civilization that hid the ugly inner workings of capitalism.”

And that is the fear of the denizens of death. Joe Biden can caution Cuba not to “crack down” on protesters with a straight face. The same Joe Biden whose failure to defend democracy in Haiti created the crisis in that country. The same Joe Biden who claimed it was permissible for the Israelis to lob artillery shells into residential neighborhoods in Gaza because the Israeli colonialists had a right to defend themselves against the colonized Palestinians they were oppressing. And the same Joe Biden who has been silent on the over 70 deaths during the recent national strike at the hands of Colombian security forces, who have been armed and trained by the United States.

The Cuban revolution has survived 62 years of consistent subversion and outright attacks from the United States and its white-supremacist colonial allies. The revolution has nothing to be ashamed of. It has been a beacon of hope and a model for millions around the world. That Cuba needs to defend itself against capitalism and against the billions of people around the world living in abject poverty is absurd.

It is capitalism that degrades and destroys Mother Earth. It is capitalism that transforms water into a commodity, food into a luxury, education into an impossibility and basic healthcare into a distant dream. The colonial-capitalist system is responsible for millions dying in genocidal wars. It created race and perpetuates white supremacy. It is U.S. and European state policies in the form of sanctions that deny peoples and nations medicines in the midst of a pandemic. It is the rapacious greed of capitalists and the warmongering states they control that have imposed inhumane conditions on poor states, which has made it impossible to pay back the odious loans they often had been forced to assume. This situation creates devastating consequences for their people. Resources cannot be devoted to providing healthcare, education, housing, a clean environment, food, and a means to a living because the people’s resources must be used to pay bankers in the West.

RELATED CONTENT: Russia Blasts US Bid to Provoke Unrest in Cuba as Part of ‘color revolution’

“The Cuban revolution has been a beacon of hope and a model for millions around the world.”

This is not theoretical, but a fact. This is the reality of a capitalist world.

But across this capitalist world, the people are fighting back. They are taking their histories into their own hands. That is the threat of nations like Venezuela and Cuba. That is why Western capitalist nations slander China and attempt to mobilize their populations for the possibility of war. China has exposed what can be accomplished with central planning and a rational allocation of the people’s resources to address human needs.

To confuse the populations and mobilize them against their own interests, the capitalists deploy not only their traditional liberal and conservative ideologues. They let loose the social-imperialist intelligentsia—who are fundamentally anti-communist and Bernsteinian social democratic, at best—to provide a left cover to imperialist intrigue. This intrigue is framed as being in opposition to “authoritarianism,” a term and idea that bourgeois propagandists discovered through focus groups can be used to undermine left projects by mobilizing the sensibilities of the soft, materially corrupted and NGOed latte-left in the United States and Western Europe.

]However, among millions of people in the global South and among the colonized and exploited working classes in global North countries, Cuba and its project will be defended and the call and struggle for socialism will continue. We see the choice. It has always been between the barbarism of the colonial-capitalist North and human freedom and transformation emerging from the South.

For nationally oppressed and exploited African peoples in the United States, we stand with the people of the South, where revolution is emerging. We will defend Cuba, support Venezuela, demand that North Korea’s sovereignty be respected, struggle against global militarization, and oppose U.S. and Western imperialism without equivocation, apology, or hesitation. We are clear on the enemy because we have seen it up close and personal since 1492.

Ajamu Baraka is the national organizer of the Black Alliance for Peace and was the 2016 candidate for vice president on the Green Party ticket. Baraka serves on the Executive Committee of the U.S. Peace Council and leadership body of the United National Anti-War Coalition (UNAC). He was awarded the US Peace Memorial 2019 Peace Prize and is the recipient of the Serena Shirm award for uncompromised integrity in journalism.