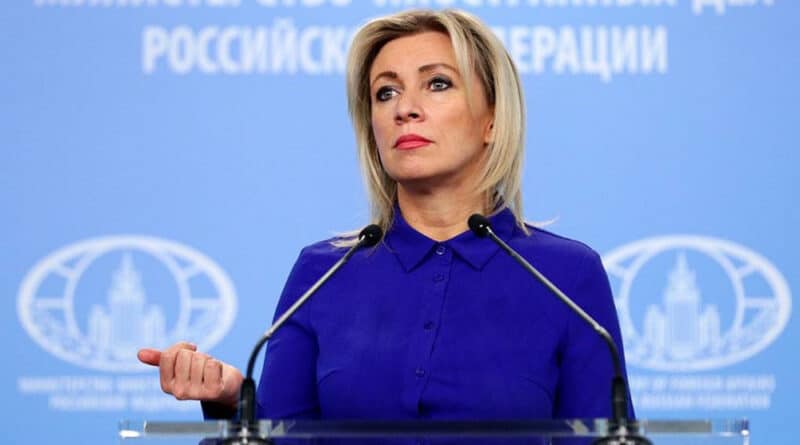 Russia has lambasted the US over its attempts to provoke social unrest in Cuba as part of a ”color revolution” in the Caribbean country, where anti-government protesters have demanded President Miguel Díaz-Canel’s resignation.

The protest rallies started in several cities of Cuba over the weekend, drawing thousands of people to the streets to voice their grievances against Díaz-Canel’s government at a time the island country is going through its worst economic crisis in three decades, with chronic shortages of electricity and food exacerbated by crippling US sanctions.

On Monday, July 12, the Cuban president had blamed the chaotic situation on Washington for pursuing a “policy of economic suffocation to provoke social unrest in the country.”

President Díaz-Canel stressed that the draconian US sanctions in recent years have led to a shortage in medicine, power outages, and other economic difficulties.

During the past six decades, Washington has maintained a harsh economic, financial, and commercial embargo against Cuba. Numerous resolutions by the UN General Assembly have indicated that the blockade is in clear violation of international law.

On Thursday, Russian Foreign Ministry spokesperson Maria Zakharova said the US is seeking to instigate a color revolution in Cuba. ”The logic is simple here,” she said. ”It has been tested on numerous occasions by Washington in various situations, but everything is one and the same mode of operation—instigating color revolutions against undesirable regimes.”

“At first, sanctions are introduced against them, and artificial problems are created or imposed from outside, which complicate the social and economic situation,” added Zakharova. ”On this basis, tensions are provoked, and the anti-government sentiment is stirred up. When a critical mass is reached, the whole blame is laid on the national government. Labels are pinned on it, its activity is discredited and thus the situation nears a collapse.”

Washington has made attempts to use the same scheme in Cuba, the Russian diplomat said.

Zakharova stressed that in spite of all measures by Cuban leaders to support the island country’s economy and provide assistance to citizens, the US is blaming Havana for the current crisis.

She declared Moscow is baffled by official statements from the White House about the situation in Cuba.

”They allege that Havana is refusing to accept American assistance, is unwilling to take part in international mechanisms of distributing vaccines, and is carrying out an anti-popular policy in general,” continued Zakharova. ”With surprising impudence, the US portrays the developments in Cuba at all levels, including the official announcement made at the State Department briefing on July 13, as a consequence of the government’s mistakes.”

On Wednesday, Cuban Foreign Affairs Minister Bruno Rodríguez said Washington sought to generate disorder and instability to fracture the constitutional order and social consensus in Cuba and the harmony of Cubans through the use of powerful and sophisticated instruments, particularly in the form of social media campaign.

The  anti-government campaign, promoted from US soil through social media, is in fact aimed at triggering riots and destabilizing acts, he said, warning that such irresponsible conduct could have negative implications for the region and even harm the national interests of the US itself.

”The special cynicism of Washington comes down to the fact that for the entire history of revolutionary Cuba, it deliberately held a strategy of stifling the country, discriminating against its people and destroying the economy,” Zakharova said.

”The US is talking about humanitarian needs; however, they are escalating tensions and confrontation following their own narrow and selfish interests,” she added.

Moscow, according to Zakharova, has called on Washington not to meddle in Cuba’s internal affairs and instead remove the persisting blockade on the Caribbean country due to the difficult situation there.

”We are calling on Washington to take on an objective position finally, to get rid of the hypocrisy and hidden agendas in politics, and to let the Cubans, their government and people, deal with the situation themselves and determine their fate,” the Russian diplomat said. ”There is only one thing required from the US and its supporters: not to interfere in the affairs of a sovereign state,” Zakharova stressed.

She also said that what the US is doing against Cuba represents “another political play, an example of the well-established American policy of double standards with a selective use of legal norms, and with a biased and different interpretation of the same or similar events.”

Latin America’s leaders, political figures, and social organizations have already joined a chorus of support for Havana and Cubans in response to the latest interference and destabilizing attempts by Washington.

The social media campaign is reminiscent of many other regime-change programs directed by the United States, including the 2019 coup d’état against Bolivian President Evo Morales and attempted coups against President Maduro of Venezuela.