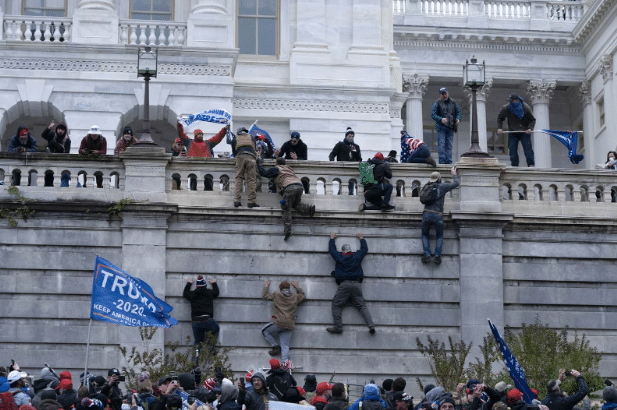 Perhaps the most valuable task performed by journalists critical of US interventionism is that of deconstructing the corporate media’s account of unrest in foreign countries. To their credit, this consists in an almost endless mapping of the patterns, tactics and templates of US power, soft and hard, and is played out in dialectical opposition to the mainstream media. The documentation of the cycles of regime change and their trajectory has required its own terminology and necessarily connects with fields such as economics, geopolitics, but especially with historiography (the journalist being, in a sense, “the historian of the present” and the historian “the journalist of the past”). For a US-based audience, this body of work allows one to interpret foreign unrest through the lense of US imperialism, reducing matters to the formula of: what interests does the US have there? And remaining at the periphery of local debates and allegiances, often emotionally and politically charged, of those countries.

However, when US commentators are concerned with domestic unrest, and in this case I have in mind the period spanning the killing of George Floyd to the January 6 protest, attempts to apply this framework must immediately answer to a handful of heated controversies (the role of race, allegiances to the democratic party and concern for the stability of US society). This makes asking questions such as: how were these events influenced and portrayed in order to legitimize the US leadership? much more troublesome. In this regard, where local commentators get tangled in opposing “leftist” narratives, it may be easier for audiences outside of US borders to recognize the empire’s soft power games at home (i.e. casting Biden as an antifascist keen on restoring normality).

RELATED CONTENT: The Histrionics and Melodrama Around 1/6 are Laughable, but They Serve Several Key Purposes

This debate will presumably flare up every January for some years to come, as US democrats revive the spectre of a right-wing coup. This year, however, reflections on the  “first anniversary” were wed with novel predictions of a potential schism in the US military apparatus. Predictions which, pointing to the fault lines in US military, political and civil life, have been read as glitches in the facade of liberal democratic constitutionality and seem to loom heavily on those watching eyes still fixated on Trump’s previous term and the convoluted details of his departure. Meanwhile the prospect, or even suggestion, of an internal conflict capable of shaking the foundation of the US establishment has stoked a range of somewhat dormant contradictions amongst self-described leftist journalists and commentators based in the US. To what extent these debates resonate with the rest of the world remains to be seen.

One of the clearest lines of cleavage to emerge in anti-imperialist circles is that which exists between those who, on the one hand, feel threatened by the notion of a political fracture coalescing around the figure of Trump and, on the other hand, those who have identified a democrat-based trend of fear mongering and conspiracy (revolving around Russiagate, January 6 and now the impending civil war), which ultimately serves the purpose of justifying domestic militarization, foreign sanctions and reinforcing Biden’s image. This fissure could equally be traced in terms of those who see past the superficial differences that distinguish the two parties, and those who retain traces of allegiances to the democratic party and faith in liberal constitutional democracy. Or similarly, we could speak of the friction between those who view a civil rupture as a process capable of weakening the yoke of US imperialism, both domestic and foreign, and those who cling to the security of the American life or to a sacred sense of US “democracy,” supposedly threatened by mass popular unrest or Trump’s reelection. Again, these discussions present geographical dimensions as well, as cheering on the internal disintegration of the US machine from outside of its borders is clearly a more detached mental exercise than pondering the potential implications of such a process for the US resident.

Equally polemic have been the range of attempts to understand the phenomenology of the supposed estrangement of the Trump voter from the democratic process, as those who wish to contextualize the angst of conservative populism rub up against those who are mired in their sectarian revulsion or who cling to cheap notions of cult of personality, which do nothing but degrade our comprehension of the dynamics in play.

The suspicions of the observer, watching from afar, must undoubtedly be raised upon noting that the catchword “democracy” is the distorted ideal through which all sides stake their claim, despite their referencing vastly different things. This can be seen when those who perceived the capitol protest as an attempt to overthrow democracy clash with those who see there being no democracy to overthrow. While the latter argument has its own problems (i.e. fixing a pure idea of democracy, yet to be realized or perhaps glimpsed in distant lands), it is the former which is the most frustrating and surely raises a red flag for the foreign observer.

These warnings about US “democracy’s” recent fragility are ambiguous at best and complete nonsense from a historical perspective, only serve to obscure the situation; it is not the country’s “democracy” which has recently come under question but the material basis of US society (imperialist exploitation). One could only refer to a crisis of democracy insofar as it is the legitimating ideology of the US, in this sense perhaps it is beginning to quiver. Or perhaps they concieve of democracy as inseparable from concrete historical reality in which the idea has been molded (liberalism, capitalism, constitutional legality, opposition to socialism, etc), which is highly unlikely.

In any case, we must assume that they are convinced that the quantity of democracy has declined, an assertion which immediately flops in the face of history. Furthermore, this notion that US democracy is diminishing because there are a series of factors external to US democracy (capitalism, neoliberalism, imperialism, fascism, wokeism, polarization, propaganda, etc) which could be ultimately overcome or minimized through more constitutional democracy, is an absurd idea which must be thrown out the window like a toaster fire. All of the aforementioned factors are inherent aspects of the dynamics of US democratic institutions, and instead of grappling for the higher ground of democracy we should be asking ourselves if the ambiguous recipe of “the will of the people” has any significance within the confines of a coordinated multibillion dollar industry of propaganda, censorship, miseducation and historical revisionism. US democracy is void of meaning when abstracted from all of the structural processes which supposedly “hinder it.” For this reason, those who interpret January 6 or other predicted events as a threat to democracy are implicitly defending the perpetuation of the US and its democratic institutions through their naive belief that the system could potentially extricate itself from its defining characteristics (euphemistically labeled flaws or deficiencies), “we just need more democracy.”

RELATED CONTENT: US on the Brink of Civil War

In this sense, when people contribute to these conversations by painting a picture of a crossroads between the US slipping into a QAnon dictatorship, and putting more faith in democracy, the umbrella term “accelerationist” is equally as mystifying as the label “conspiracy theorist.” Both notions serve to portray a black and white picture with no space between blind faith in the US establishment and complete anarchy. Rejecting liberal constitutional democracy cannot be conflated with cheering on a civil war (this amounts to echoing the lesser evil argument). If there is an erosion of faith in democratic institutions, it must not be cast as a shift towards authoritarianism or tyranny as both sides are more saturated than ever in democratic ideology. Rather, it would be more indicative of a growing consciousness that the empire’s democratic institutions do not serve the people, even if the majority of those people understand the “people” to mean white Americans.

Once again, for those living in the crosshairs of US sanctions and “regime” change, the empire’s internal demise is certainly more welcome than it is to those who must contemplate how it would unfold, and for those subject to US “regime” change and/or warfare, the fear that US-based commentators exhibit of any rupture occurring in their constitutional democratic processes is undoubtedly comical. This separation anxiety manifested by self-styled leftists with regards to the stability provided to them by the US establishment is clearly a reflection of their class composition and the limited radius of their political thought. Yet, there must be a consensus, especially within the critique of US imperialism, that these institutions cannot rectify themselves and that their legal continuity must be desacralized.