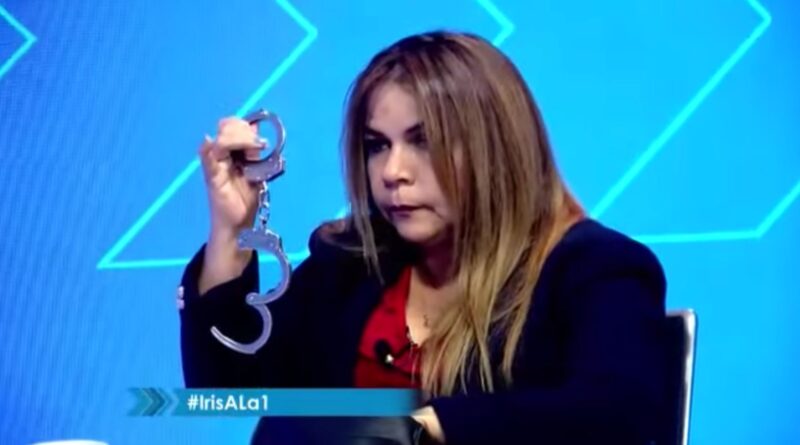 “If I meet Juan Guaidó, I’ll put handcuffs on him myself. I’ll detain him and place him at the order of the Public Ministry,” said First Vice President of the National Assembly, Iris Varela, during an interview this Wednesday on the Vladimir At 1 television show broadcast by Globovisión.

Varela insisted on the need for the Public Ministry and the president of the Supreme Court of Justice to render accounts to the country, and to explain why they haven’t yet arrested Juan Guaidó, who in her opinion acted in flagrant violation of the law by assuming functions that don’t correspond to him. She cited article 44 of the Venezuelan Constitution: “No person can be arrested or detained except by virtue of a court order, unless caught flagrantly. In this case it will be brought before a judicial authority within a length of time no longer than 48 hours.”

“I’m using this space to publicly demand the Judiciary and the Public Ministry to explain what has happened, to explain to me the reasons why Guaidó has not been arrested,” she said, beseeching Maikel Moreno and Tarek William Saab.

The deputy demanded explanations from both of them for “why a subject who’s committing a crime in flagrante delicto is not detained, while there are so many detained in the country that haven’t been caught in flagrante delicto, and who haven’t yet been granted their right to be tried in freedom.”

Varela—who acted for several years as Minister for Penitentiary System—making use of a pair of handcuffs that she took out of her purse, explained that she was willing to put them on Guaidó so that he would be held accountable before the Venezuelan people.

“Guaidó is not in a position to seek an approach to anything, because he’s a nobody who doesn’t even lead the opposition,” said Varela. “He’s a fugitive from Venezuelan justice. It’s time for this person to answer for the damage he’s caused to the country. I don’t like a parallel delegated commission, or unelected deputies and usurpers of positions, like Juan Guaidó and his gang.”

During the interview, the parliamentarian explained the differences between a political adversary and the enemy. In her opinion an opposition representative is an adversary, while the enemy is a person calling for an invasion and a war, and requesting foreign intervention to destroy his own country. “That cannot be a friend or an adversary, that’s an enemy of the people,” she declared.