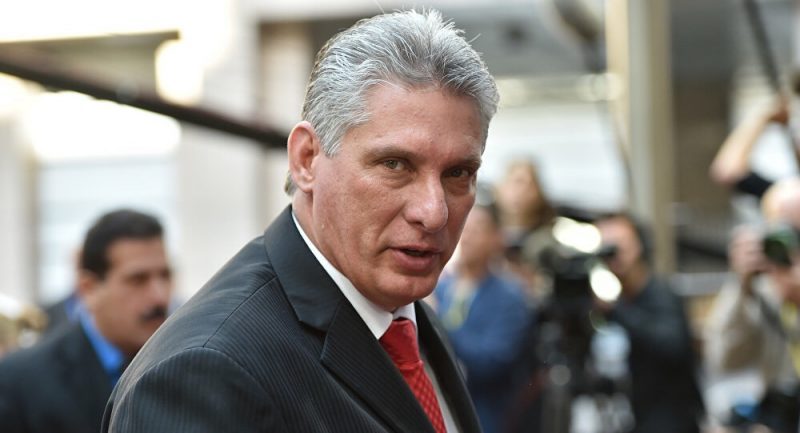 The president of Cuba, Miguel Diaz-Canel, Thursday called on the international community to prevent an aggression of the United States against Venezuela disguised as a humanitarian intervention, said Prensa Latina news agency.

“The revolutionary government of Cuba denounces the escalation of pressure and actions of the US government to prepare a military adventure disguised as a humanitarian intervention in the Bolivarian Republic of Venezuela,” he wrote in his account of the social network Twitter.

Diaz-Canel reiterated the position set Wednesday night by the island in a statement by the Foreign Ministry in which he warned about the movement of troop transport aircraft to Caribbean airports, including Puerto Rico and the Dominican Republic, “surely without knowledge of the governments of those nations. ”

According to the document, media, including North Americans, have revealed that extremist figures managed the financing and organized it directly and in detail from Washington for the coup attempt in Venezuela through the illegal self-proclamation of a president (Juan Guaidó).

It is they themselves who, personally or through the State Department, press numerous governments to force their support for the arbitrary call to new Venezuelan presidential elections, he stressed.

The Foreign Ministry of the island insisted on the rejection of the United States’ efforts to make a humanitarian pretext to initiate military aggression against the country that has the largest proven oil reserves on the planet.

“Similar behaviors and similar pretexts were adopted by the United States in the prelude to the wars it launched against Yugoslavia, Iraq and Libya, at the price of immense losses of human lives and enormous suffering,” Cuba warned.

In addition to demanding the end of the crusade of Washington against Venezuela and the leading role of the world community to stop it, Díaz-Canel dedicated this morning a message on Twitter to the day of love.

The president has already accumulated almost 94 thousand followers in that social network  since October 10, on a national day (celebrating independence) for the island, when he issued his first tweet.