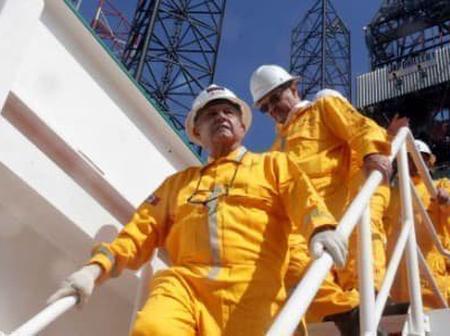 With Mexico’s government threatening for the last three years to drastically dial back the privatisation and liberalisation of its energy market, it was only a matter of time before its big neighbour to the north made its feelings known on the matter. That moment arrived last Wednesday (Nov. 3) when 40 Republican lawmakers urged the Biden administration to pressure Mexico over what they called discriminatory actions that risk harming U.S. energy companies. In a letter sent to the Departments of State, Energy and Commerce, as well as the U.S. Trade Representative, they argued that Mexico’s plans violate the terms of the U.S.-Mexico-Canada trade agreement and called for “a timely and clear response” to the threat.

“His administration and his party have championed regulatory and legislative efforts that have been ruled to be anti-competitive and harmful to the environment by Mexican courts,” the lawmakers wrote in the letter. “As such, they are also harmful to U.S. investment, American workers and the North American commitment to sustainability — all of which are concepts that are protected by the USMCA.”

The response was timely and clear. On the very same day the letter was sent, the U.S. Ambassador to Mexico, Ken Salazar, met with representatives of the Mexican government at Mexico’s Palacio Nacional. After the meeting Salazar tweeted the following message:

I had important meetings with the Mexican government to discuss the reform of the power sector. I want to learn more about the impetus for the proposed constitutional reform. I also expressed serious concerns for the United States. We committed to continuing our dialogue on these critical issues.

The very next day (Thursday, Nov. 4), Mexico’s ruling political party, Morena, and its allies in the lower house of Congress agreed to postpone the vote on the electricity reform until April, due to lack of support among lawmakers. Morena’s leader in Congress, Ignacio Mier Velazco, denied that the delay in voting on the project was due to the pressure exerted by the US Republican lawmakers or Ambassador Salazar’s visit to the National Palace last Wednesday. He also insisted that there would be no expropriations resulting from the proposed reform and that its provisions do not violate the terms of the U.S.-Mexico-Canada trade agreement.

The reform, sent to Congress on October 1, is one of the cornerstone policies of President Andrés Manuel López Obrador’s six-year term. But now it will have to wait.

López Obrador (AMLO for short) insists the reform is necessary to guarantee energy independence for Mexico as well as low gas and electricity prices for the future. But for the bill to pass, it needs a two-thirds majority vote since it requires altering the constitution. Morena has a relative majority of just 40% of Congress and will need the support not only of its allies but also the former ruling Institutional Revolutionary Party (PRI), which for the moment is not forthcoming.

The energy reform package seeks to roll back the privatisation and market liberalisation policies of previous administrations. If passed, it would amend Articles 25, 27, and 28 of the Constitution as a means of consolidating the role of the public Federal Energy Commission (CFE). As a result, the CFE would become an autonomous legal entity, no longer hamstrung by the subsidiaries and commissions created in recent decades. The CFE would also control the production of at least 54% of the nation’s energy supply.

The proposed reform also stipulates that lithium and other minerals considered strategic for the nation’s energy transition should be controlled by the state, which would possess sole exploration and mining rights. In including this provision, writes Kurt Hackbarth in Jacobin, AMLO “elevated the ongoing scuffle between the public and private energy sectors to the level of a historic battle.”

But his adversaries include some of the world’s biggest energy companies. Many of them are in the U.S., Mexico’s biggest trading partner. And that trading partnership is not remotely one of equals. A staggering 82% of Mexico’s exports go to the U.S. That’s similar to the level of dependence that the Cuban economy had on its trade with the Soviet Union at the height of the Cold War. Thanks largely to NAFTA, Mexico is also dependent on the U.S. for imports of staple foods such as corn and beans as well as gasoline, though AMLO is determined to change that.

It is not just companies in the energy sector that could be affected by AMLO’s energy reform but also large domestic businesses and foreign multinationals with large operations in Mexico that benefit from heavily subsidised renewable electricity. They include maquilas (assembly plants), bottlers such as Coca Cola FEMSA and large retail firms such as FEMSA-owned convenience store chain Oxxo. According to government figures, an unsubsidised household or small business pays on average 5.2 pesos per kilowatt hour while OXXO pays 1.8 pesos and Walmart 1.7 pesos. This means that large companies have a huge cost advantage over their small business competitors.

“How is it possible that a working class family or small grocery store owner pays up to 4 times as much as what an Oxxo pays?” asked AMLO in March. “How did they do it? They won special contracts because the laws were rewritten or because they are supposedly generate clean energy. But the end result is that they have a subsidy. And who pays the subsidy? The people.”

According to the CFE, the opening of the energy market to private suppliers has cost the nation some $412 billion pesos (US$20 billion) taking into consideration subsidies, inflation, exchange-rate fluctuations, irregular supply and rate increases. Of this, $56 billion pesos went to one project alone, the La Venta wind farm in the state of Oaxaca, operated by Spanish energy conglomerate Iberdrola, reports Hackbarth:

La Venta is one of some thirty-odd wind projects in the Isthmus of Tehuantepec, all but a handful owned by foreign multinationals, which have become notorious for predatory contracts, unpaid taxes, a failure to properly consult with local populations, and miserly profit-sharing agreements of one percent minus costs, a quarter of what is paid abroad. And instead of benefiting the impoverished Huave, Mixe, Zapotec, and Chontal indigenous groups that live clustered around the parks, the subsidized energy goes to feed corporate clients such as FEMSA, Mitsubishi, Gamesa, and the Bimbo Group, which can then boast of their commitment to renewable energy in glossy brochures and at shareholder meetings.

RELATED CONTENT: Ten Things for US to Understand About Latin America

If AMLO’s proposed reform were to go through, firms like FEMSA, Bimbo, Lenovo, Walmart and Gamesa would have to pay a lot more for electricity. The constitutional changes would put an end to the so-called “self-supply” permits that have enabled these companies to receive huge subsidies for partnering in clean energy projects when in reality they were really just clients. In such an event, the companies could launch investor-state disputes against Mexico for expropriating future profits, using one of the myriad trade agreements Mexico has signed with other jurisdictions, including the US-MCA, the Comprehensive and Progressive Agreement for Trans-Pacific Partnership (CPTPP) or the recent trade agreement it completed with the EU.

But for the moment the reform is in limbo. To get it across the line, Morena knows it will have to do some serious horse trading with other parties. But it is also calling for grassroots pressure. “Most of the people of Mexico” support the initiative, the party said last week, which is borne out by recent polls. “But it is essential that this support translates into massive mobilisations. This reform must be approved with the vote of Morena and its allies in Congress, as well as the people in the streets.”