The head of PSUV’s Aristóbulo Istúriz Campaign Command, Diosdado Cabello, spoke about the clues that possibly indicate, in his opinion, ulterior motives held by the delegation of electoral observers from the European Union (EU) deployed in Venezuela.

These considerations were issued by Cabello, the Vice President of the United Socialist Party of Venezuela (PSUV), during his radio and television program Con el Mazo Dando, broadcast each Wednesday. On the program, Cabello expressed his doubts regarding the electoral observers mission from the European Union.

“We have the minor suspicion that the European Union already has the observation report written,” Cabello said. “They brought it from there, when they arrived in Venezuela.”

Cabello used “minor” in reference to the aloof manner in which the head of the EU election observation mission, Isabel Santos, referred to the violent incident she witnessed between two opposition candidates for governor in Bolívar state. Many Chavistas wonder if the EU bureaucrat would have dismissed the incident so lightly had it involved two PSUV candidates instead, for example.

In this sense, Cabello wondered if those delegates had already prepared their report before they left Europe. He added that he has a hunch that those observers from the EU are going to say that “Chavismo swept, but with reasonable doubts. And that is where the story will come from.”

In his reflections, Cabello expressed that in the EU they do not appreciate how strongly Chavistas are capable of defending, even with their teeth, what they have achieved, because they believe deeply in a process that included them. Cabello recalled that before Commander Chávez arrived, so many were excluded from the democratic process, and that now all Venezuelans are included on equal terms. 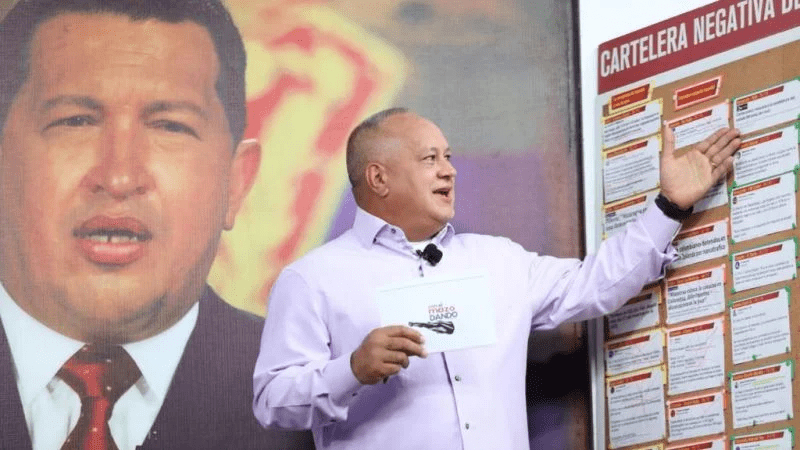 Biased EU opinion
Cabello also welcomed the participation of more than 380 citizens of the world who have come to see how the mega-elections unfold.

Regarding the EU commission, Cabello stressed that in previous elections the delegation refused to come to the country and stated its opinion that Venezuela did not have the necessary conditions to hold the elections.

“Venezuela invited them to come see the elections and they said no, that Venezuela did not have the proper conditions, but nothing has changed here,” reflected the head of the Chavismo campaign command.

He also referred to the dismissive comments made by the head of the EU mission, MEP Isabel Santos, who expressed her belief that the physical altercation between opposition candidates Raúl Yusef and Américo de Grazia in Bolívar state was a “minor” incident that reflected the “polarization” within Venezuelan politics—a description that would be more appropriate, for example, if the fight had involved an opposition candidate against a PSUV candidate.

“That is a biased opinion,” said Cabello about Santos’ comment. “We have nothing to do with what is an internal problem of the opposition. The polarization in Venezuela is something else, this (the fight between opposition politicians) has to do with the ambitions of power groups.”