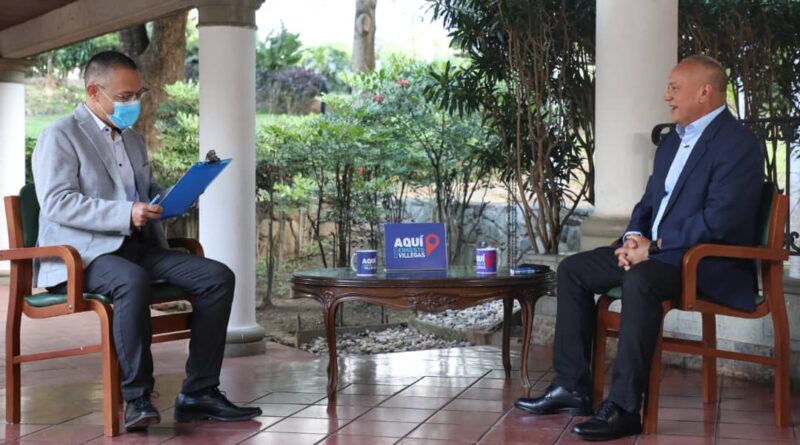 The president of the National Constituent Assembly (ANC) and first vice president of the United Socialist Party of Venezuela (PSUV), Diosdado Cabello, said that his recovery after suffering from Covid-19 for a month was a second opportunity that God and the life gave him to continue fighting for the Venezuelan people. This was stressed this Sunday during the TV show “Aqui con Ernesto Villegas,” an interview show conducted by the head of the Culture ministry, Ernesto Villegas, through digital platforms and broadcasted by Venezolana de Televisión.

Cabello described the experience of his contagion as terrible, since it is a little-known disease that has a significant impact on both the physical and mental state of patients.

“Fortunately my organs all responded adequately and without mishap; but for those who have an underlying condition, the virus is perverse. The first thing that it attacks is the brain, the person begins to feel bad and believes that he is not going to move forward. If we allow ourselves to be overcome by that fear, the recovery is more complicated,” he added.

He even disclosed that he spent 11 very complicated days in which he was intubated and, when he came out of that critical state, for a moment he thought about the possibility of not being able to continue in political life.

“Yes, definitely, God gave me a second chance. I spoke with comrade Nicolás Maduro on July 29, the day after I woke up after 11 days of being intubated, and I told him that I was retiring from politics. I thought about it in a flash because I didn’t know how I was going to wind up physically. But the next day I understood that God had given me a second chance to continue doing what I do with more love,” he explained.

He indicated that he felt the strength and prayers of the Venezuelan people and that this faith allowed him to fill up with energy to move forward: “I felt the strength and prayers of the people. One learns something in situations like these. I learned there that faith is necessary, to say: ‘I’m going to heal, I will pull through this.’ The faith of the people allows us to advance in the face of any problem.”

He added that he is currently undergoing a strict rehabilitation process to regain 100% of his energy and physical condition, since he lost at least 15 kilograms during the treatment. “One is not cured of the effects of the disease. There is a process of physical rehabilitation to regain strength and all the dynamism. Now I am at 75%,” he said. 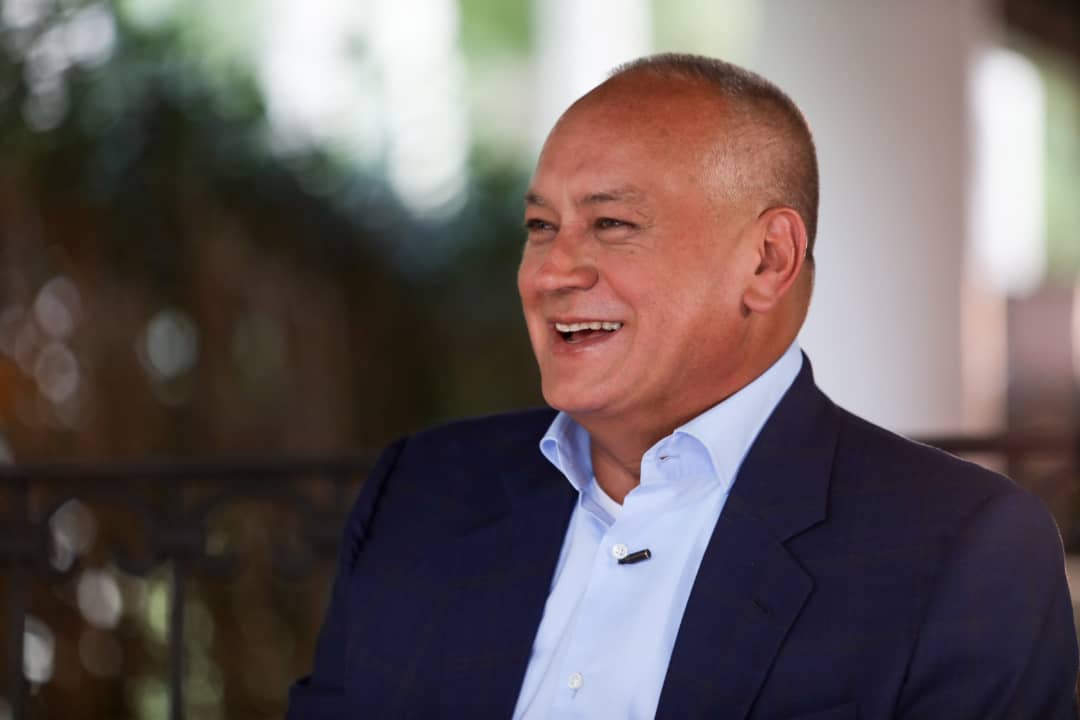 Regarding the comments made about his voice during his first public reappearance on August 2, he explained that the disease attacks the respiratory system and, as part of his treatment was intubation, his vocal cords were affected.

He reiterated that he received the same medical care and treatment that all Covid-19 patients in the country receive and that he was in a public hospital like any other Venezuelan. In addition, he emphasized that this difficult situation he faced led him to check himself and change his lifestyle.

Likewise, he sent a call to the Venezuelan population to take care of themselves and to respect the new normal that the pandemic implies around physical distancing: “I ask people to take care of themselves, because there is a terrible risk, because if the disease finds where to attack you, the virus is positioned there, takes control and begins to attack all the organs.”

Parliamentary elections
Regarding the parliamentary elections scheduled for December 6, Cabello commented that he fully trusts the conscience of the Venezuelan people. “I have infinite faith in the conscience of the people, an extraordinary faith. I bet everything on the wisdom of the people who are not wrong, they are not going to be wrong and have not been wrong since they decided to accompany commander (Hugo) Chávez and that the commander should accompany them,” he said.

He pointed out that the coronavirus pandemic changes the conditions of the political campaign, since street events can no longer take place and, on the contrary, digital platforms and media will gain greater importance.

“You have to be more creative, use social networks or the media and especially the radio. The campaign has to be different from previous times and previous occasions, it will impact depending on the segment to which you want to direct the message, with differentiated messages,” he explained.

The president of the ANC indicated that the Venezuelan opposition has launched, without much success, a plan that seeks to divide and create cracks within the revolutionary forces, in the face of the legislative elections. “I don’t know why they attack the PSUV. The PSUV is an extraordinary political structure. I believe that in Venezuela there has never been an structure like the PSUV, we reached 274 thousand streets and a little more. (…) It is an enormous machinery, not only for winning elections, but also for addressing social issues,” he added.

Likewise, he emphasized that those sectors that claim to be on the left, but seek to create conflict in the Great Patriotic Pole (GPP), do so for a matter of votes, with an electoral interest, not to solve problems for the people. “It has to do with an electoral calculation. I wish them well, but unity -at a time when the country is being blockaded, attacked, threatened by the world’s most powerful empire- is not only necessary, but it is indispensable. And we have to be able to put aside any misery, any calculation, any interest for the interest of the country,” he stressed.

He explained that before making any criticism, one must analyze the context of the systematic attack on the country, from Colombia and from the empire, without measuring the consequences, and gave the example that Venezuela since last October has not received a penny from Petróleos de Venezuela (PDVSA), when we used to receive up to 40 billion dollars annually.

RELATED CONTENT: CNE: More Than 14 Thousand Candidates Competing for a Seat in the Venezuelan Parliament – Rejects US Interference (6D Elections)

In addition, he questioned the accusations recently made by Colombian President Iván Duque, about the “dismantling” of an alleged military operation financed by the Venezuelan executive to destabilize Colombia, when in reality, the detained subjects are the same mercenaries trained to attack the Bolivarian nation in the failed Operation Gideon.

“Duque now says that the guys he has kept there, who they armed, who have been their accomplices, are now our people. What a stupidity. That is part of a plan, he says it to get away from the massacres that take place every day in Colombia, because it is an order from their imperial chief, because it is a plan to try to find a way to attack our country militarily,” he added. 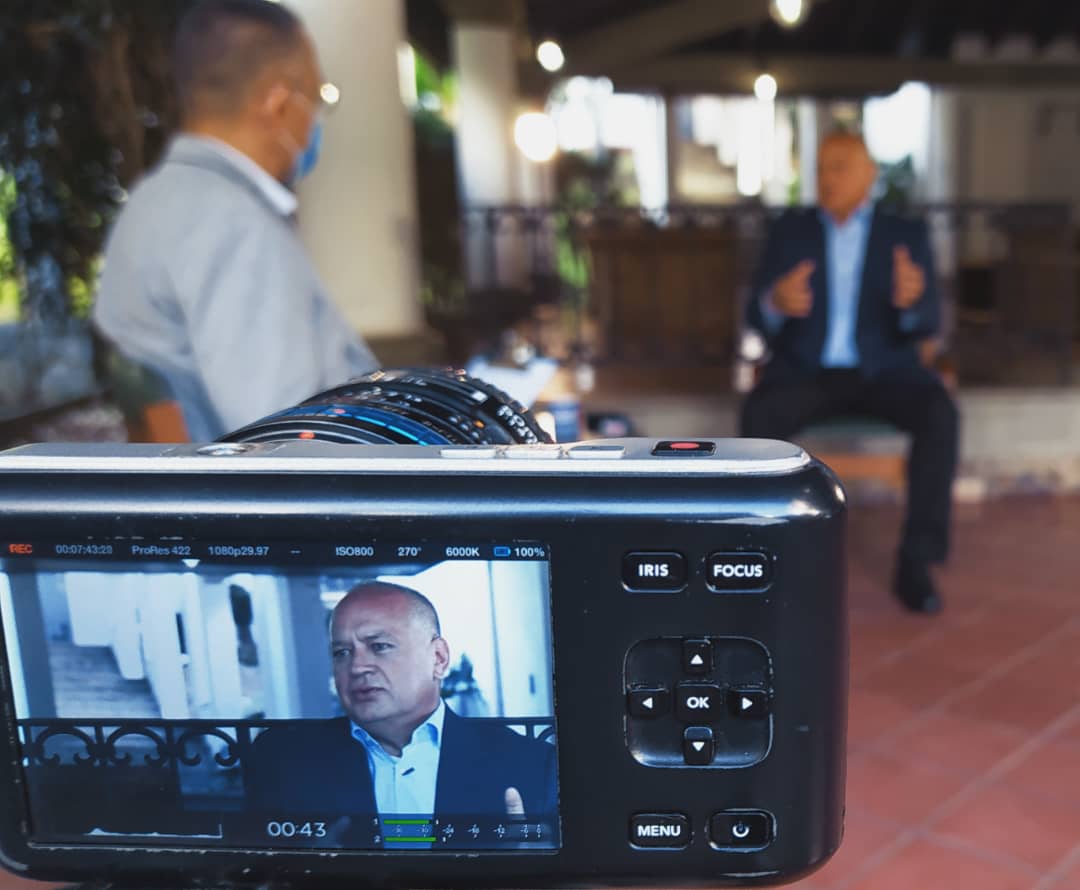 Regarding the attacks directed precisely against him, whom the empire even accuses of being a drug trafficker, the president of the ANC described as brutal those attacks and sanctions that imperialism and its lackeys have undertaken against Venezuela and government officials and emphasized that these aggressions are the mechanism or instrument that the right uses against those who do not bend to its interests.

ANC, pardons and dialogue with the opposition
In reference to whether the National Constituent Assembly (ANC), whose mandate ends on December 31 of this year, fulfilled its objectives or not, he said yes.

The president of the ANC explained that this body has, constitutionally speaking, three objectives which are: to transform the State, create a new legal system and draft a new Constitution. In this sense, he affirmed that the ANC will not draft a new Constitution, but that it complied with creating a new new legal system and, mainly, it complied by guaranteeing governability in the country after the 2017 violent opposition protests (guarimbas).

Regarding the pardons granted by the president of the republic, Nicolás Maduro, to 110 opposition coup separators, he explained that the national president has the power, established in the Bolivarian constitution, to make these decisions for the peace of the country. He also made reference to the meetings he has held with representatives of the national right, among them the self-proclaimed “interim president,” Juan Guaidó, who – despite the evidence – did not have the courage and honesty to admit said meeting.

“He is a coco seco (dry coconut), their ideas are given to them, they throw them to him. And when he doesn’t have that direct line, you see the mistakes he have been making. This says a lot about whose hands the opposition has been in,” he said.

Cabello said that it is extremely common for him to meet and dialogue with opposition leaders: “I can talk to anyone. I have met with more opposition spokespersons than many people know; but my way of thinking and what I believe in, they are not going to change that; under those terms we talk to anyone.”

He also stressed that despite the problems facing the nation, the solution will always be within the project of socialism, because if a capitalist system reigned in the country it would be barbarism, as has been evidenced by the way other South American countries deal with Covid-19, in nations such as Colombia, Peru, Chile, the US and Brazil. “I am convinced that people’s everyday problems are solved within the framework of socialism, not capitalism,” he said, reiterating his faith in the Venezuelan people.