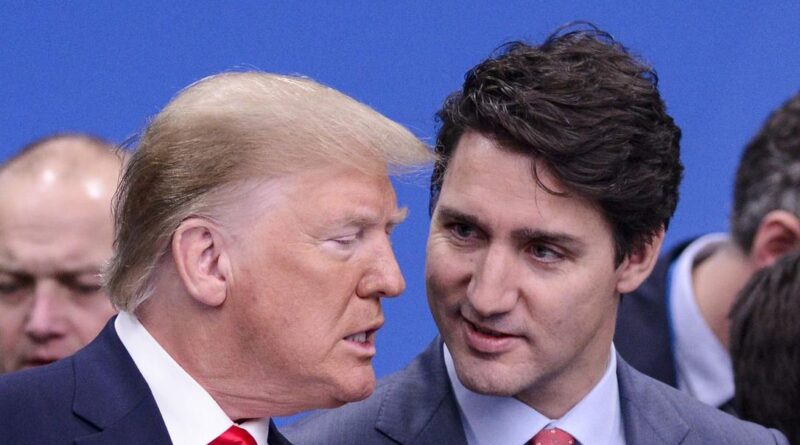 Powerful nations consistently build a wall between their domestic policy and their foreign policy, basing them on different principles and often contradictory goals. This is one of the reasons that different forms of oppression towards other countries – such as colonialism and imperialism – have succeeded. By throwing a blanket of ignorance and misinformation over the eyes of their citizens, governments provide few opportunities for them to understand what their foreign ministries and military are really doing in their name. Within the Canadian government, the Ministry of Foreign Affairs appears to be one of the most secretive and unresponsive to public participation and consultation, in other words, it lacks transparency.

The Black Lives Matter movement, both in North America and Europe, has lately been eroding this barrier bringing to the forefront the systemic injustices towards black people, dramatically connecting the dots between past slavery and present oppression as well as to fortune and fame for a few, and between foreign and domestic policy.

A short while ago, former president Jimmy Carter – the only USA president who did not start a war, military attack or occupation – pointed out that his country is “the most warlike nation in the history of the world.” He stated that the reason that the USA population lack modern social and built infrastructure such as comprehensive health care and high-speed rail, is because of the huge cost of its military which includes maintaining and operating more than 800 military bases around the world, ready to intervene in other nations as and when it suits the USA.

The Canadian government has fully identified with this political/military stance of the USA. Its military accord with the USA was forged under the justification that Canada could not defend itself and needed the arms of its powerful neighbour. This might have made sense during the Cold War, but after the disintegration of the USSR, the answer to the question of “from whom does Canada need defense?” is less clear.

Canada’s first prime minister, Sir John A. Macdonald realized that the main external threat to Canada came not from across the Atlantic but from the south. His outlook is not shared by today’s Canadian political elites. They are content with Canada having become a junior partner in USA foreign policy and the loss of sovereignty that goes along with it. Many analysts have discussed this relationship more akin to that of Batman and Robin than the Avengers. (Yves Engler, John McMurtry, Nino Paglicci, Joe Emersberger, Arnold August, among others)

In 1965, the distinguished Canadian scholar George Grant wrote Lament for a Nation in which he described how Canada had become a branch-plant of American capitalism. Grant observed that Canadian elites focused on their own economic advantages and identified more with the southern behemoth than with their own people, history or sovereignty. “…the Canadian ruling class looks across the border for its final authority in both politics and culture.” (p.9) After all, he reasoned, the wealthy rarely maintain their nationalism when it is in conflict with their economic interests. A society dominated by corporations and led by them will not be vitally interested in nationalism, sovereignty, or even, when pushed, by democracy.

So, what happens when the ideal, the all-encompassing example-to-follow, the USA, is breaking the rules and changing the game plan solely with their own interests in mind?

Just last week, a front page article in one of Canada’s leading newspapers,(Edward Keenan, The Toronto Star, 26 September 2020), presented a stark example of the supine position of the Canadian intellectual and business elites that submits to the will of the USA, convinced that Canada is and always will be second rate and subservient. The article states that without the USA, Canada would “really not be in a position to be in a more anarchic world where we’ve got to deal with China on our own, we’ve got to compete against a dozen other countries…” This is the tunnel vision of elites that cannot see beyond the status quo of USA domination and cannot see even the possibility of a new horizon. It has no trust in its own people to forge their own destiny. It is doubtful that the average Canadian would subscribe to this outlook which contrasts with the resilience of small towns despite economic challenges, the vitality of abundant community and social groups, and the enduring integrity of indigenous peoples. Clearly, a gap is growing between the Canadian people and their elites.

Today we are witnessing social, political and economic turmoil in the USA. The USA is the epicenter of the covid-19 world pandemic, which has clearly exposed the criminal negligence of the USA government, the mendacity of the Republican Party, the pitifully inadequate public health and welfare system, and the long standing social and ethnic fault lines of inequality and discrimination. It has produced historic levels of unemployment and poverty and a disturbing political crisis encouraged by an amoral and megalomaniacal president who threatens their constitution and democratic institutions to hold on to power.

This tragic situation is not confined to the USA’s domestic sphere. With its enormous military power and greater still, its economic power based on hegemony of the USA dollar, USA foreign policies have tremendous international impact. Its domestic crisis casts a shadow in the world outside its borders, to wit: withdrawal from the Paris Climate Accord, withdrawal from the Iran nuclear agreement, attacks on the WHO and reduced funding, attacks on the European Union, attacks on the UN itself, attacks on the International Criminal Court, conflict with China, Iran and Russia, attacks even on NATO. And when it suits them, imposing criminal unilateral illegal economic sanctions on countries it disagrees with, even during a pandemic when buying medicines and food is vital. Hence, in Latin America, the USA wages a relentless and cruel hybrid war on Venezuela, Cuba and Nicaragua.

RELATED CONTENT: Judge What I say, not What I do: Yves Engler on Canada’s Foreign Policy (Book Review)

There is no other nation in the world that is more susceptible to USA power and influence than its northern neighbour, Canada. So, the USA has assigned to it the role of doing its most important dirty work in Latin America today: to overthrow the legitimate, democratically elected, popular government of Venezuela. The USA wants to privatize its oil and gold mines, placing them in the hands of corporations and to disembowel a nation that dares to go its own way instead of obeying USA dictats.

Canada was urged by the USA to create and lead the Group of Lima and to use it to demonize the Venezuelan president and other leaders, and finance extremist opposition groups. By creating the Group of Lima with its false “multilateralism”, the usually compliant Organization of American States was bypassed. The USA could not get enough votes there or at the UN itself to support the destruction of Venezuela. Only the uninformed can believe that these actions, said to be in the name of democracy, are anything other than an attempt to grab resources and crush Venezuela’s peaceful Bolivarian revolution.

By following the USA’s policies regarding unilateral economic sanctions and openly trying to overturn the elected Venezuelan government, Canada has given the lie to its commitment to the rule of law. What applies, more or less at home, is found wanting when it comes to international law as embodied in the UN Charter, the OAS Charter, the International Criminal Court Rome Statute, all of which Canada has transgressed.

What is even worse is that Canada has aligned itself with the most corrupt and anti-democratic governments in the region: world cocaine producer Colombia where nearly 1,000 social leaders have been assassinated since 2016 and last year had 55 massacres; Peru where 6 of its former presidents are either in exile or in jail for corruption; Bolivia where a bloody coup overthrew the first indigenous president of the Americas; Guatemala where for years human rights are trampled with impunity and murders have averaged 100 a week; Honduras with the highest murder rate in the world; Panama which is on the EU black list of fiscal paradises and featured in the infamous Panama Papers; Brazil that is burning the Amazon and trying to hide it, where police killed 881 people in Rio de Janeiro last year; Chile that sent 10,000 troops against peaceful protestors, blinding, injuring and killing; Ecuador where protesting citizens and opposition leaders are criminalized with 200 indigenous leaders jailed; and Haiti where 1 in 2 live in poverty and half of its youth is illiterate.

These are now Canada’s partners in crime trying to overthrow the peaceful, democratic government of Venezuela. On whose behalf? Not Canadians, who hardly know what the Minister of Foreign Affairs does, but of the USA State Department, USA oil corporations, and the Canadian mining industry that has been promised the gold mines of Venezuela. That is an industry known for trampling on human rights of rural and indigenous peoples at home and abroad and countless outrages against the environment.

This government has left an embarrassing blot on Canadian history by enforcing USA sanctions that in just one year alone directly killed 40,000 Venezuelans.

George Grant pointed out that due to the reality of the French Canadians and the Indigenous treaties, “One distinction between Canada and the United States has been the belief that Canada was predicated on the rights of nations as well as on the rights of individuals.” However imperfectly implemented through the years, a belief in the rights of other nations has been in the Canadian mindset. Until recently that is, as Ottawa openly adheres to USA “regime change” doctrine that violates the statutes that guard world peace.

And during this horrific pandemic when Canada should have shown a modicum of international solidarity with its hemispheric and much poorer neighbour, it has increased its defamation of Venezuela with, among other attacks, a bogus “human rights report” presented to the world as if it was from the UN. Venezuela is a nation that has done no wrong to the Canadian people and is struggling to obtain medicines and food. How will Canada ever erase this shame?

Some Canadians are now beginning to see the road ahead more clearly because of the pandemic. Noticeably, the conservative premier of Ontario, who previously had publicly lauded Trump, became enraged when the USA president halted a shipment of medical supplies that Ontario had bought. Most Canadians are in no hurry to reopen the border and are appalled at the political and social chaos of their supposed “big brother”. They are discovering the truth of what John Foster Dulles, a former Secretary of State, who supposedly said: “The United States of America does not have friends, it has interests.” Henry Kissinger said much the same thing two decades later.

Prime Minister Justin Trudeau should remember that one of the most popular decisions that a Canadian prime minister has taken in modern times was when Jean Chrétien refused to take Canada into the Iraq war despite intensive USA pressures. That was an independent Canadian foreign policy position that made Canadians proud.

These past years of the Trump regime have brought uppermost to mind the rise and fall of that other huge empire, the Roman Empire. Many coincidences are obvious, including the madness of emperors. Therefore, it is appropriate to read the words of a very wise witness to that historic time, the great Cicero, who wrote about characteristics of moral goodness:

‘The first is the ability to distinguish truth from falsity, and to understand the relationship between one phenomenon and another and the causes and consequences of each one. The second category is the ability to restrain the passions. And the third is to behave considerately and understandingly in our associations with other people.’

Most Canadians prefer an independent foreign policy that deals with good will towards other countries and respects international law, not one that seeks to overthrow their elected governments. Will its government continue to pander to the elites or listen to the people?