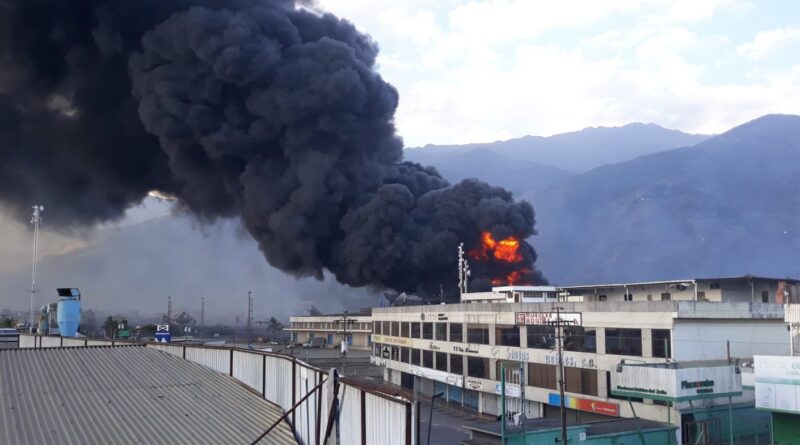 Public Ministry stressed that Pedro Fernández was found with 15 pen drives belonging to the electoral body.

At the request of the Public Ministry, Pedro José Fernández Negretti was deprived of liberty for his alleged responsibility in the burning of several warehouses of the National Electoral Council (CNE) and illegal possession of a firearm. The crime occurred last March 7 in Mariches, Miranda state.

Last September 21 in the afternoon, a man filed a complaint with the Bolivarian National Police (PNB) informing that he owns a warehouse located in the aforementioned area and that Fernández Negretti, who was a tenant, was one of the criminals behind the theft and burning of the warehouses of the National Electoral Council (CNE).

Then the Venezuelan Minister of Interior and Justice, Néstor Reverol reported that for the moment, the fire caused the loss of 49,408 voting machines, 49,323 integrated authentication systems (fingerprint scanners), 582 Civil Registry computers and 400 electronic ballots, among other equipment valued in millions of dollars. New CNE authorities have informed in recent days that new machines were purchased and will arrive soon to the country.

Law enforcement agents belonging to the FAES were dispatched to the location where the tenant’s son was present, and informed them that Fernández Negretti was in his office, authorizing the officials to enter the shed. Once inside the office, they proceeded to carry out a body inspection of the accused and seized 15 pen drives belonging to the CNE, a firearm and 4 ammunitions.

At the presentation hearing, this Friday October 2nd, the 46th prosecutor of that jurisdiction charged Pedro José Fernández Negretti with qualified theft, burning a public building and illegal possession of a firearm.

Once the elements of conviction presented by the representative of the Public Ministry had been evaluated, the 45th Control Court of the Metropolitan Area issued a custodial sentence against the man, who was confined in the Rodeo I Penitentiary Center in the city of Guatire.