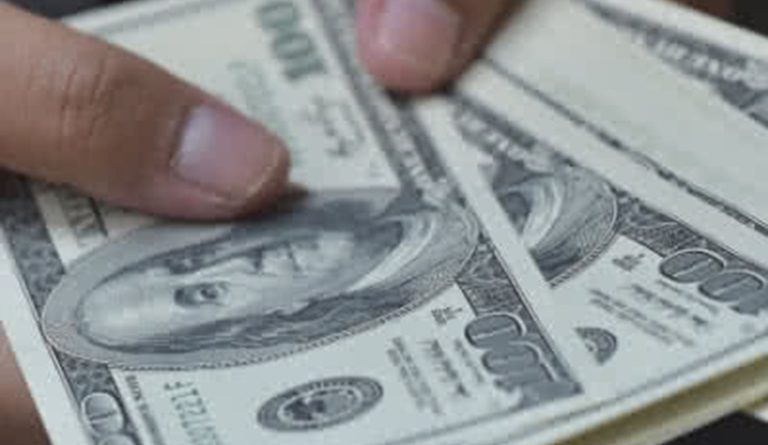 It is very worrying to hear those who raise the dollarization of the Venezuelan economy as a solution to hyperinflation. To dollarize is to formally recognize the enemy’s currency as the national currency. Not only would it mean defeat for the Venezuelan people in the framework of this unconventional and multidimensional war, it is to hand over our sovereignty to those who without mercy and without headquarters have declared war on us since 1999. But, in addition, it is to adopt one of the currencies whose Crash is imminent: the English, the Russians, the Chinese and the French are desperately getting rid of the green paper.

The one who pays chooses the music (we say in Venezuela). Formal dollarization, which has not happened, is specified when it is decided that the dollar will be the national currency instead of the bolivar. Who provides this currency is the US Federal Reserve, that is, our enemy. How many dollars they will send to us will depend on the amount of international reserves we have to support them.

They say that “the one who pays is the one who chooses the music”. The US government will impose dollarization conditions. It will demand the privatization of PDVSA and of the basic industries, the main generators of foreign exchange. By delivering these industries to private capital, the probability of increasing international reserves tends to zero. Whenever we need more money, that is, more dollars, to strengthen our social policies, to build hospitals, schools or subsidize food, we will depend on what the Federal Reserve decides.

By not having enough international reserves to support the arrival of greenbacks, the only option will be to borrow, which will make our economic dependence on US imperialism eternal. They will decide for us.

War brief. Every war, even if this is unconventional, is planned in phases. There is a first phase of gestation, which began in 2006 when the enemy began to prepare the ground to attack our currency, the bolivar. At that time they created the portal “Green lettuce” through which they manipulated the exchange rate against the dollar daily. The second phase, the harassment began in 2010 with the creation of Dolartoday, a web portal through which the attack on the Bolivar intensified in August 2012, increasingly affecting its manipulated depreciation and inducing inflation.

At the end of 2017 they started the third phase of this war, the siege: they attacked the bolivar resulting in hyperinflation. From the second phase to the present day, the enemy has attacked and manipulated the price of our currency 29,862,393,456%, which is equivalent to saying that they have managed to depreciate it in that magnitude. In 2012, the exchange rate was 8.69 BsF / US $ and today it is 2,595,042,000 BsF / US $.

The fourth phase of wars is the invasion and the fifth consolidation of the imperial system.

The dollar has crossed our economic frontier, has managed to enter, step on and transit our territory. It has permeated our economy. It is invading us.

The invasion of the enemy through its currency is explained, at least, for two reasons: 1) the ruthless attack and bombardment against the bolivar that has resulted in its depreciation and distrust and 2) the decrease in the actual amount of bolivars in the economy, consequence of the monetarist trap that has been placed by the enemy itself and in which the BCV fell, which has left more and more space for the dollar. Not having enough bolivars to carry out the transactions, the dollar is presented as an option. Before the withdrawal of the bolivar, the dollar has occupied the territory. In terms of doctrines of war, it is the manifestation of Bolivarianism versus Monroism.

It is the duty of us all, Venezuelans and Bolivarians, that we want a free, independent and sovereign homeland, to face the enemy. It is our obligation to prevent it from continuing to invade our territory with its currency. To accomplish its retreat and prevent it from advancing to the fifth phase of the war, the consolidation of the imperial system, which would amount to the formal dollarization of our economy, is everyone’s job and by constitutional mandate, it is the obligation of the BCV.

Failure of the imperial economic “model”. Paradoxically, when the whole world no longer finds a use for the dollar, we give it space. Russia detached itself from 84% of the dollars it had in its reserves, the president of the Bank of England said that the world should move towards a system in which the dollar does not remain the reference currency. The French did the same, while the Chinese are moving steadily with their gold-backed Petro-yuan. They no longer trust the dollar.

At least three major mistakes have been made in humanity with regard to economics: 1) to have granted, in 1944, the privilege of the US dollar to serve as the only world reference currency; 2) to have allowed the US, in 1971, to part with the gold standard and back the dollar in “trust”; 3) to license, with the hegemony of the dollar, the US to impose its capitalist production and distribution system.

Today, the US economy is the most indebted on the planet, it owes US $ 21 trillions, its international reserves are not enough to pay 2% of the debt, it requires 67 times the amount of gold it has in its vaults to settle it, gold that there is not even enough in the world. Its trade balance has been deficient for decades and the growth of its economy is below the world average. Reasons to spare so that there is no confidence in the dollar whose value is, not by chance, less and less.

American imperialism, the upper phase of capitalism, is not only in frank deterioration, it has also proven to be the most unequal economic system on the planet. Between 1970 and 2010, inequality in the US has increased 136.53%, far exceeding the levels recorded at the beginning of the last century. Since 1970, increases in GDP in the North American country have always been accompanied by increases in inequality. They go hand in hand.