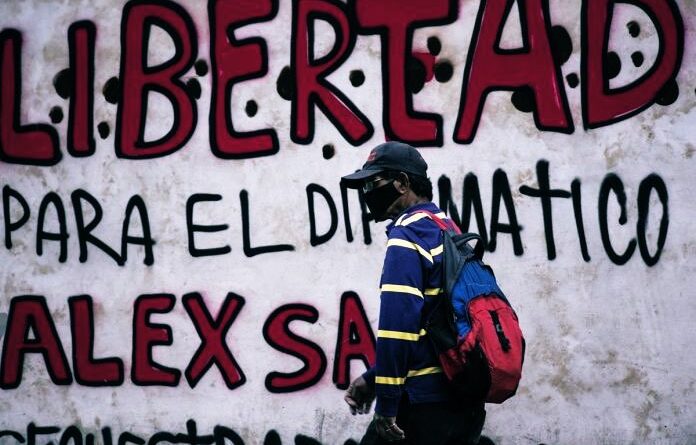 Earlier today, the Court of Justice of the Economic Community of West African States (ECOWAS) ruled against Venezuelan diplomat Alex Saab’s extradition to the United States. Saab has been illegally detained in Cape Verde since June 12, 2020.

Sources from Saab’s legal team informed the EFE news agency that the ECOWAS Court, a regional institution to which Cape Verde belongs, ruled in favor of Saab’s immediate release during a meeting held at its headquarters in Abuja, the Nigerian capital. It is yet to be seen whether the Cape Verdean authorities will abide by the decision.

The Special Envoy and current Alternate Ambassador of Venezuela to the African Union, Saab was arrested on June 12 when the plane in which he was traveling stopped to refuel at the Amilcar Cabral International Airport on the Cape Verdean island of Sal. His detention followed an irregular request by the US through Interpol that tried to implicate him in an alleged money laundering scheme. In reality Saab’s primary responsibility has been procuring food for millions of Venezuelans through the CLAP food program.

According to the same sources, the African court ordered Cape Verde, an island country in West Africa, to pay costs amounting to about €200,000.

The Venezuelan Embassy in Senegal, responsible for Cape Verde, also confirmed on its Twitter social media account that the ECOWAS Court “ordered the immediate release of Ambassador Alex Saab.”

The court “declared that the capture and detention of Ambassador Saab was illegal and arbitrary, and recognized that his human rights were violated. The decision involves the suspension of the extradition process,” indicated the Venezuelan diplomatic mission in Dakar.

The court then found that Cape Verdean Justice “acted outside its jurisdiction” when it detained Saab on June 12 in response to an extradition request made weeks later by the United States.

On March 5, the Government of the Bolivarian Republic of Venezuela joined the request of the African Bar Association, made public on Monday, March 1, by its President Hannibal E. Uwaifo, and called on the Honorable Government of the Republic of Cape Verde to proceed with the immediate release of Venezuelan diplomat Alex Saab, illegally detained in that country since June 12, 2020, while awaiting the result of an extradition hearing.

Diplomat Alex Saab asserted at the beginning of March that “my illegal detention is entirely politically motivated, and it is pathetic that the Government of Cape Verde has bowed to… the United States.”

The Government of the Bolivarian Republic of Venezuela expressed its full conviction that the judicial authorities of Cape Verde will realize the error they made with Saab’s arrest.