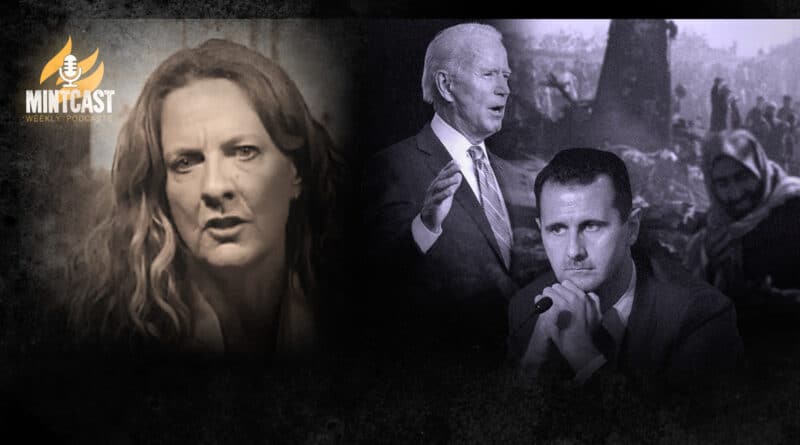 Having just taken office amid a pandemic, the Biden administration quickly ordered an airstrike that dropped 1.75 tons of explosives on a town in Syria near the Iraq border, re-inflaming tensions between Washington and Damascus.

Welcome to MintCast — an interview series featuring dissenting voices the establishment would rather silence. I’m your host Mnar Muhawesh Adley.

Within just three months in office amid a global pandemic, the Joe Biden administration recently ordered an airstrike that dropped 1.75 tons of explosives on a town in Syria near the Iraq border. The move is re-inflaming tensions between Washington and Damascus as the war enters its 10th year.

RELATED CONTENT: US Bombs Syria and Ridiculously Claims Self Defense

Joining me today to discuss the latest on the ground in Syria is Vanessa Beeley.

Vanessa is an independent British journalist based in Damascus and specializing in Middle Eastern affairs. She is perhaps best known for her coverage of the Syrian Civil War and the Western media propaganda machine drawing up support for a so-called humanitarian war against Syria.