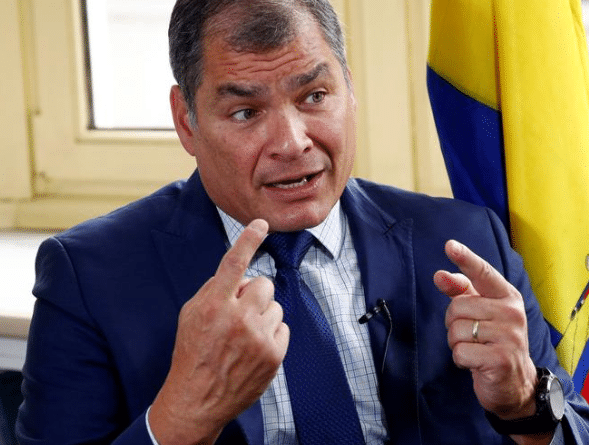 August 3, 2020.-  A judge of the Electoral Dispute Tribunal has blocked a decision by the National Electoral Council (CNE) that would have kept supporters of former president Rafael Correa from running candidates in the February 2021 national election. Judge Fernando Muñoz ruled Sunday that keeping four parties, including Correa’s Fuerza Compromiso Social, off the ballot amounted to a denial of democratic rights.

In addition to Fuerza Compromiso Social, the judge ordered Podemos, Libertad es Pueblo and Justicia Social to be allowed to compete in the presidential and National Assembly elections. “The facts in the case do not justify eliminating the parties from the electoral process and, in fact, constitute a violation of the rights of thousands of Ecuadorians to exercise their constitutional right to vote,” Muñoz wrote in his decision.

The CNE claimed that there were “irregularities” in the applications of the four parties, particularly in the validity of names submitted to gain a spot on the ballot. Under the law, each party must submit the names of at least 1.5 percent of eligible Ecuadorian voters to qualify for the election.

Correa applauded the decision. “We can now proceed with our mission to regain the motherland,” he tweeted from his home in Belgium. “There appears to be some vestiges of decency in Ecuador’s court system afterall. By this ruling, the people will be able to exercise their right to throw out the rightwing scoundrels.”

Correa’s hopes of running for vice president were quashed in July when his appeal of a bribery conviction was dismissed by the National Court of Justice. The former president would face arrest if he returns to Ecuador.

Before the judge’s ruling, CNE President Diana Atamaint had defended the committee’s decision, saying the disqualification of Fuerza Compromiso Social and the other three parties was not final and was only the first step in a process. “The parties will have the right to defend themselves and if they can prove their applications are legitimate they will be reinstated.”