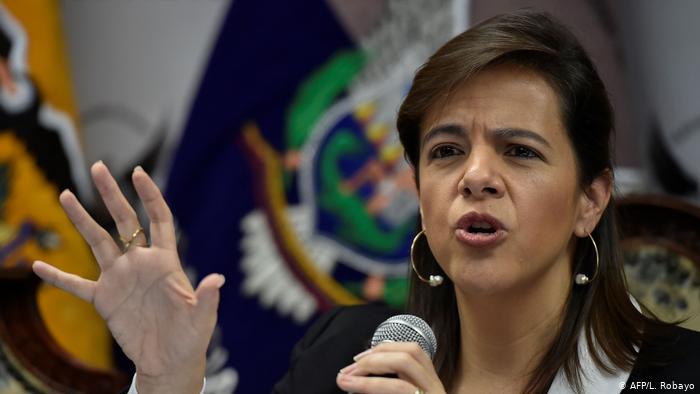 On Tuesday the Ecuadorian National Assembly dismissed their Minister of Government, María Paula Romo, through a political trial. Romo faces the possibility of being subjected to a legal process. “With 104 votes, the Virtual Plenary resolves to censor and dismiss the Minister of Government and notify all functionaries of the State so that they can initiate investigations within the scope of their powers,” reported a virtual message.

Romo was subjected to dismissal for the use of expired tear gas canisters against protesters in October 2019, by members of the Ecuadorian National Police. Likewise, she was convicted for authorizing the launch of tear gas against peace and humanitarian reception centers installed at the Salesiana University and the Catholic University of Quito, where they were used against Indigenous and peasant protesters, including a large number of women and children.

The former minister was tried for non-compliance with functions, in accordance with the Organic Code of Citizen Security and Public Order Entities (COESCOP). This regulation establishes as a serious offense “knowingly disposing of the use of allocated equipment or materials that are in poor condition or expired.”

RELATED CONTENT: Political Trials and Electoral Bans: the Battle for Democracy in Ecuador

For his part, the former president of Ecuador, Rafael Correa, pointed out that “the short but nefarious story of a woman whose ambitions and perversity had no limits, to whom an inept traitor gave total power, ended. She will have to face true justice for her crimes.”

After the news, the President of Ecuador, Lenín Moreno, announced that he signed a decree appointing the new Minister of Government, Police General Patricio Pazmiño, lawyer and jurist who presided over the Constitutional Court between 2008 and 2012.