Edgar Ramírez, Venezuelan actor residing in the United States, has reported that several of his relatives in Venezuela died of COVID-19. He has blamed the Venezuelan government for the deaths, reporting that his relatives did not have access to COVID-19 vaccines. However, he did not mention that Venezuela’s access to vaccines has been blocked and hampered due to international pressure coming directly from the United States and Europe.

“After excruciating agony, my Aunt Lucy died on Saturday,” wrote Ramírez on his instagram account. “And after being stable for a few days and in just a matter of hours, my Uncle Guillermo collapsed and died on Sunday. In less than 24 hours, COVID-19 took the lives of both of them.” He wrote in the same post that his grandmother and his Venezuelan agent had also died from the disease.

“None of them had been vaccinated. None had access to a vaccine in Venezuela,” wrote the actor, without mentioning what the majority of Venezuelans know, that the arrival of vaccines to Venezuela has been severely delayed due to illegal US and European sanctions. Nor did Ramírez mention that Venezuela is among the few countries in the world with the most responsible approach in the fight against COVID-19, with one of the lowest death rates in the world. In the western hemisphere Venezuela is the country with the second lowest death rate (141 deaths per million inhabitants), behind Nicaragua (30 deaths per million inhabitants).

Yet, instead of his post being a lament for his deceased family members, Ramírez has once again used his “artistic influence” to attack the country’s efforts to overcome the difficulties that have been inflicted on it from abroad; especially when even the money that the government paid to the UN/COVAX mechanism were blocked since April, when Venezuela had paid all the dues equivalent to $120 million to acquire around 11 million doses. It was not until after the ultimatum given by President Maduro that COVAX confirmed that it had received the money and was preparing the shipment. However, the 11 million vaccines have not yet reached Venezuelan soil. 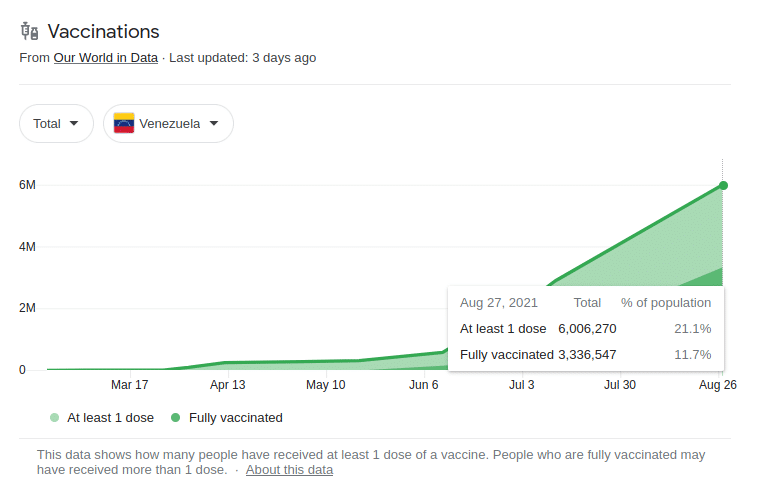 According to latest data presented by Google, Venezuela, despite all the attacks coming from some of the most powerful governments in the world, has vaccinated 6,006,270 people (21.1%) with one dose and 3,336,547 people (11.7%) with two doses by August 27. This figure is below the world average but not so bad for the regional average, considering how Venezuela’s access to vaccines and medical supplies has been hindered by the blockade.

Google reports that 9.34 million doses have been applied in Venezuela, while also reporting that so far 26.8% of the world population has been fully vaccinated. 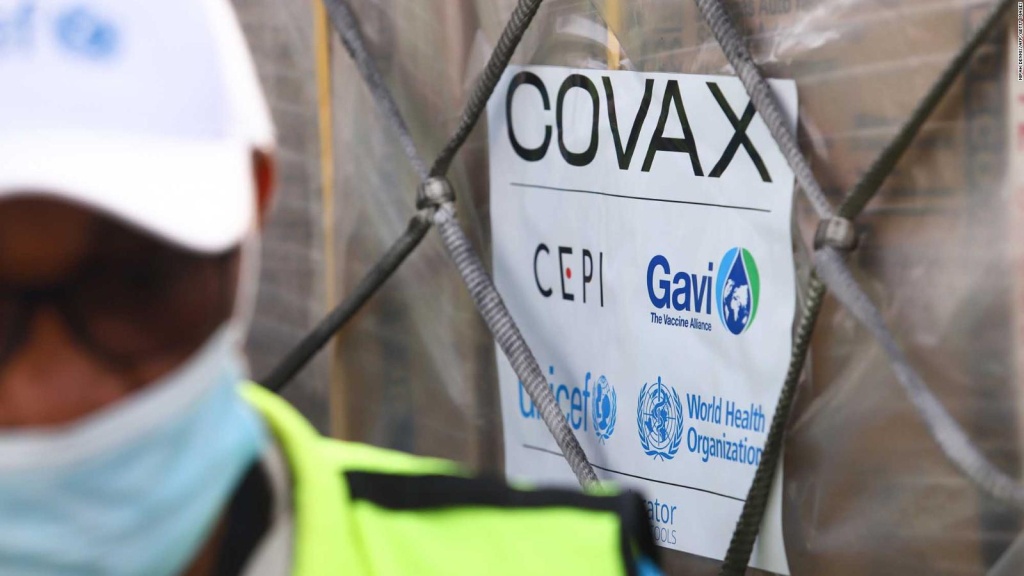 What about the US?
While Venezuela is trying to evade the effect of the blockade that has hindered its access to vaccines, thanks to Russia, China and Cuba that have provided their vaccines to the country, Ramírez, living a life of comfort in the United States has not felt any of it. Hence, he said that while in his country people die for not having access to vaccines, in the United States there are people who do not wish to receive the injection. The United States is the country where the most deaths from COVID-19 have been registered since the beginning of the pandemic, with 649,867 deaths according to the Worldometer registry; which is equivalent to 1,950 deaths per million inhabitants. In fact, the US has faced a new spike in cases and deaths after the relaxation of biosafety measures, the politization of the measures and the appearance of the Delta variant.

In his post Ramírez has tried to urge the people of the United States to get vaccinated after having a short exchange with the US medical authority Anthony Fauci, and in this sense his call is positive, because of the fact that despite the US being one of the the main hoarders of vaccines in the world, has managed to vaccinate only 52,7% of its population with two doses. However, some analysts argue that in all fairness, Ramírez should have contextualized the situation in Venezuela and the reason why some of his family members in Venezuela did not have access to vaccines, when in reality, since the month of June, many in Venezuela began to be vaccinated with Russian, Chinese and Cuban vaccines.

Two weeks ago, US health authorities reported that the level of hospitalizations for COVID-19 in the country reached its highest point in the last six months, especially in the most critical states such as Florida, Louisiana, Texas and Arkansas.

Wrong again. The number of cases @CDCgov released for Florida today is incorrect. They combined MULTIPLE days into one. We anticipate CDC will correct the record. https://t.co/nbKnBNLzvU