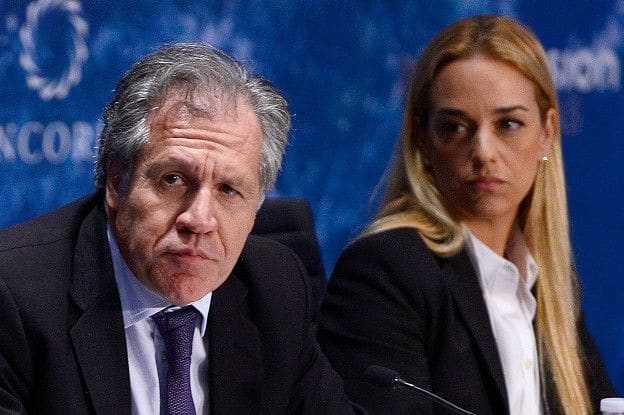 On Saturday, August 28, Marcelo Ebrard, Mexican secretary for foreign affairs, announced that Mexico is creating a body to replace the Organization of American States (OAS).

“What is Mexico’s proposal? Goodbye OAS, in its interventionist, hegemonic sense, and let another organization come that we will build politically in agreement with the United States, for the 21st century,” explained Ebrard. “It is no longer the 19th century, the 20th century, or the Cold War,” he highlighted—in apparent ignorance of the fact that empires do not concede. He made these comments on Saturday during his participation in the plenary meeting of the left-wing political party MORENA (National Regeneration Movement), founded by Mexican President Andrés Manuel López Obrador.

In this regard, Ebrard stated that López Obrador’s goal is to build a different relationship between Latin America, the Caribbean, and the United States.

“Someone has to send a letter, or something, to [Secretary General Luis] Almagro, but the OAS cannot continue to be an instrument of intervention,” Ebrad said.

He also announced that the goal has been set to be presented at the summit of the Community of Latin American and Caribbean States (CELAC) to be held on September 18, and “Mexico, due to the excellent dialogue that President López Obrador has with the President of the United States, Joe Biden, and the Vice President, Kamala Harris, can be the one that can facilitate this agreement.”

In Ebrard’s view, there should be another political structure, a different political design, in the Americas. “It is a greater aspiration, but it is also a necessity,” he added.

AMLO: It is time to replace the OAS with another body that is nobody’s lackey
The idea of ​​replacing the OAS was also raised recently by the Mexican president, who, at the July 24 summit of the foreign ministers of CELAC countries, called for the replacement of the OAS with another that is “nobody’s lackey” but is instead something similar to the European Union (EU), albeit with Latin American characteristics. However, as many analysts opine, the EU is not an anti-imperialist entity, nor is it independent from US domination.

OAS, the supposedly autonomous Pan-American international organization, based in Washington, is an entity that has historically been under the control of the United States. It is accused of being behind the coup in Bolivia, promoting military intervention in Venezuela, and supporting attempts to isolate Cuba, among other offenses. For such reasons, OAS is labeled by many as the “US Ministry of Colonies.”