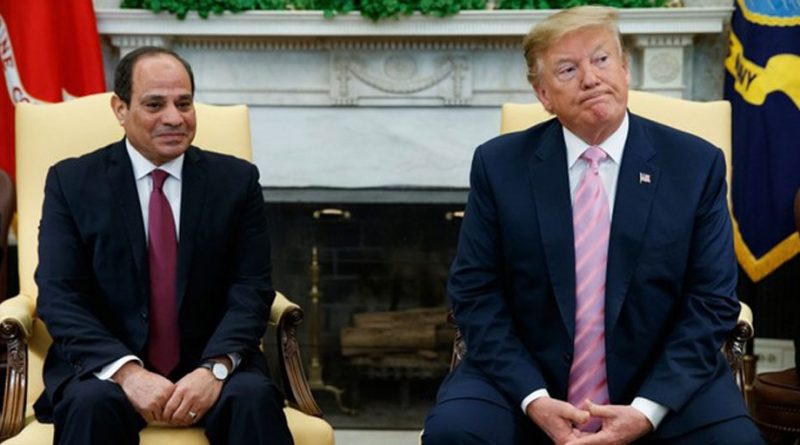 The fact that protesters in Egypt are now being allowed to carry on without arrests by police indicates we may be witnessing a “soft coup” within the military regime against the inner circle of President Abdel Fattah Al-Sisi and his loyalists, rather than a mass rebellion aimed at replacement of the dictatorship with genuine democracy.

Through his circulation of video clips recently an Egyptian military contractor, Muhammad Aly, exposed details of financial corruption involving various military leaders backing Sisi. Aly asserted that he is not politicized, one way or the other, and just wanted back money owed to him and others in the military regime.

Opponents of the Sisi regime contributed to the spread of the videos. To make matters worse, Sisi himself essentially acknowledged on September 16, 2019, the correctness of Aly’s statements regarding the financial corruption referred to, and announced his intention to continue the corruption. This was against the advice of numerous authorities in the ruling regime.

Although Aly had asserted that he was not politicized one way or another and that all he meant was to get his late dues, the nature of his rhetoric changed markedly after Sisi had spoken. He shifted from demanding his financial dues to calling for an uprising against Sisi, stressing that there are army and police officers supporting his demands, and assuring potential revolutionaries also that their demonstrations would not face repression.

At the same time, messages and videos in support of Aly’s demands for an uprising against Sisi have emerged from people who claim they are active or former military and police officers, spokespersons for high-ranking military figures, as well as political opposition figures at home and abroad.

Aly’s call for the revolution coincided with his call for Defense Minister General Mohamed Zaki to arrest Sisi, which raises the question of what exactly Aly wants, whether he is calling for a popular revolution or a military coup, or promoting the same old trick of a “popular revolution” cover for internal army maneuvering.

Aly set Friday, September 20, 2019, as the start of protests against Sisi, and the opposition forces promoted that call. It was remarkable that Sisi left Egypt on the same day for the United States to attend the U.N. General Assembly Summit. Although the pro-Sisi media and his regime have denied, or at best undermined, the protests that erupted at Aly’s invitation, opposition media highlighted them as a massive popular uprising.

Political opposition forces hopefully won’t forget the lessons of the January 2011 revolution and the 2013 military coup. Their real battle is not only with Sisi but against the entire military regime. Although Sisi is uglier and bloodier than his predecessors, popular opposition forces don’t gain when they support one military coup against another.

Regardless of the size of these demonstrations, the availability of streets and squares to the demonstrators, and the new reluctance by police to confront them with brutal force, it seems there are significant sections of the military pushing for a change of the guard. It’s a way that the military can acknowledge and deal with some of the excesses of the Sisi regime but still maintain control.

If this happens, Egyptians will not achieve their hopes for freedom, democracy and a decent life for which they are struggling, and will discover that Muhammad Aly and his invitation were only tricks of the military to keep people in the stable of humiliating obedience.

Featured image: Sisi is in the U.S. now making appearances at the UN and talking to President Trump while protests break out at home in Egypt. | AP 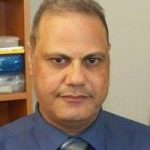