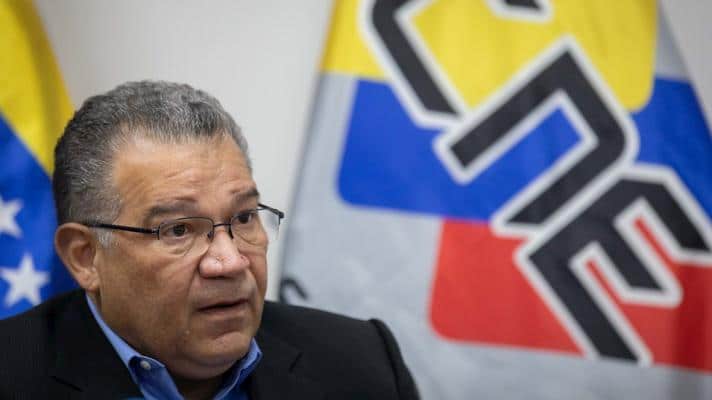 Enrique Márquez, rector of the National Electoral Council (CNE) of Venezuela, informed that the Democratic Unity Roundtable (MUD) candidate Carlos Ocariz resigned from the governorship race of Miranda state in the afternoon of November 11; however, it was registered with the CNE a day later, on November 12. “Consequently, they could not be processed in time, this is the honest truth,” said the rector.

In an interview with Eduardo Rodríguez on the Unión Radio program A Tiempo, Márquez stated that “what has been established by the CNE board of directors is the law, and this is what was established. It is up to the parties to adapt to the schedule and the opinions of the electoral body.”

The CNE rector made these comments in reference to the opposition saga regarding the candidacy for the governorship of Miranda state for the upcoming November 21 elections. For months, Carlos Ocariz of Primero Justicia party and David Uzcátegui of Fuerza Vecinal were locked in a public fight over who was to be the candidate for the right-wing opposition platform Democratic Unity Roundtable (MUD). On November 11, Ocariz publicly quit his candidacy, calling for a “united candidacy” of the opposition. However, despite his resignation, the MUD parties did not adopt the necessary procedures to notify the CNE about change in their candidacy, and hence the ballot space for MUD’s Miranda governor candidate will remain blank.

Márquez opined that the Ocariz/Uzcátegui case is “regrettable,” but that, despite this, the CNE’s decision is in accordance with the law.

“This may be controversial because someone can interpret the law in another way,” added Márquez. “But the official interpretation of the CNE has been made public since May.”

Consequently, through the declarations of a CNE rector who comes from the anti-Chavista ranks, the right-wing media rumors about CNE “rejecting” MUD’s candidate change have been discarded. This matter is, in reality, an institutional and legal issue that is part of the implementation of new electoral guarantees for the Venezuelan opposition and all political sectors wishing to join the national political arena.