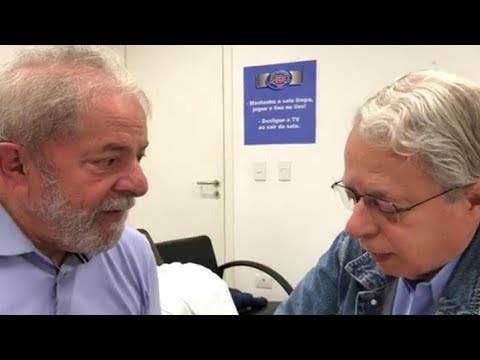 I am not part of the group of fortune tellers. I prefer rather to keep my pessimism for brighter days. Nevertheless, I anticipate hard days for Brazil unless our anger develops into actions. As events are unfolding, our weak democracy is under real threat and our freedom of expression is muzzled.

There are not promising signs right now. Nothing indicates that Brazil’s economy is going to get out of its jam. The unemployment figures add up to over 13 million. Estimations of the Gross Domestic Product for 2019 keeps being lowered with every new calculation. When the current government took office, it was expected to grow 2.2 %. Estimations are now at 1.7 %. Brazil is backtracking.

Even though a social security reform has passed (without affecting the upper class of course), nothing indicates that significant investments may come from abroad. Our country is discredited. Who would take the adventure of boarding a damaged ship? There are other options for investors worldwide. They prefer to multiply their capital in strong and reliable economies.

How could they feel confident with a Government that contradicts itself every other day? It contradicted its election promises in less than five months. Corporatism and ideological trends talk louder than competence. A Minister who boasts of meeting this must wear military uniforms and abide by the orders of their commander. Refutation, pluralism, democratic debates are not allowed.

They move to Lenin’s rhythm: One Step Forward, Two Steps Back. The Brazilian Embassy moved to Jerusalem continues to be in Tel Aviv. The country’s sovereignty bends towards the unilateral suspension of visas for U.S. citizens. Culture is suffocated by the lack of resources. Stocks of the state oil company Petrobras and the Bank of Brazil are plunging because the “non-interventionist” Government is vetoing the increase on diesel prices an advertisement for the bank.

Those who fraudulently take possession of lands, destroy the forest, and invade native territories are granted license to kill. The Government turns a blind eye when paramilitary soldiers appear. Silence prevails in the face of corrupt friends of the family. When the father works himself into a frenzy but knows it is not convenient to inform the public, he gives the task to his son, even though it implies offending the General who was elected as a vice for the Captain.

There is a general dismount. Federal Councils are extinguished; there are not doctors in many places which were previously attended to by Cubans; subjects that teach us how to think, such as philosophy and sociology, are disappearing from undergraduate programs; paramilitary soldiers are tolerated; native Brazilians are not welcomed by authorities to open a dialog in Brasilia but are confronted by the Armed Force, as if they were dealing with beasts escaped from the jungle to attack the seat of government.

The overall climate is one of contempt against democracy. How long will the Supreme Court of Justice and the National Congress be tolerated? What about freedom of the press? Eighty shots from the Army murdered two innocent citizens and this event is considered irrelevant.

Fear and insecurity are haunting the Government. The Minister of Economy talks about obtaining a trillion reais through reforms; hours later the President cuts that figure to R$800 billion. The Secretary of Federal Revenues announced new taxes but he was relieved of his authority the day following his interview. A law of silence prevails. Those who are expecting to benefit from the government should wake up. The current government knows how to destroy but not how to construct.

Are polls confirming that government approval is falling month by month? “Fake news” claims from the government, claims the presidential approval rate is 98%. It only excludes 2 % of the population who have been poisoned by cultural Marxism. Those People who do not respect family,( though the accuser has already had three.) People who favor the rights of homosexuals and who are against the freedom of property and the right to bear arms.

The emperor has no clothing. But it is not convenient to acknowledge that publicly. Each citizen should cover their angry eyes with the vivid colors of that ministerial polychrome of 22 shades of grey.