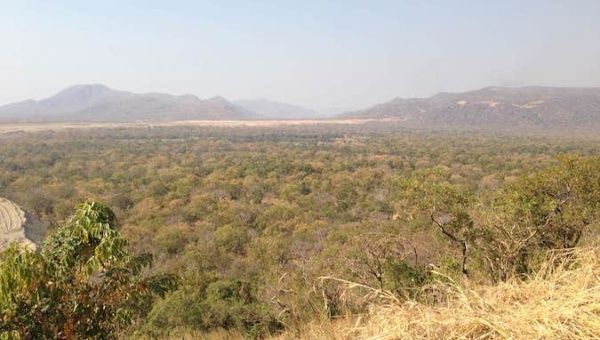 The initiative is supported by UN agencies and other international organizations, while several foreign embassies in Addis Ababa also pitched in.

Ethiopia’s roughly 91 million inhabitants planted 353.6 million trees in the space of 12 hours on Monday, setting a new world record as part of a campaign to revert deforestation caused by climate change.

The final tally, pending verification by independent experts, was announced on Twitter by the minister of Innovation and Technology, Getahun Mekuria.

In his May 26 announcement of the program, Prime Minister Abiy Ahmed set a target of planting a total of 4 billion trees by the end of 2019.

The initial quota for Monday was 200 million trees.

The existing Guinness World Record for trees planted in a single day is more than 50 million, set by 800,000 volunteers in India in June 2016.

The tree-planting campaign is a major element of Abiy’s Green Legacy Initiative.

Ethiopia, which suffers from recurring drought, has seen its level of tree cover plummet from 35 percent in the early 1900s to slightly more than 4 percent, according to figures from the United Nations.

To reach the goal of 4 billion trees by year’s end, every Ethiopian would need to plant at least 40 trees.

Government offices here in the capital were closed Monday to allow public employees to participate in the tree-planting, and Abiy traveled to southern Ethiopia to get his hands dirty at one of the 1,000 sites.

Social networks were filled with photographs of Ethiopians planting trees, accompanied by the hashtag #GreenLegacy.