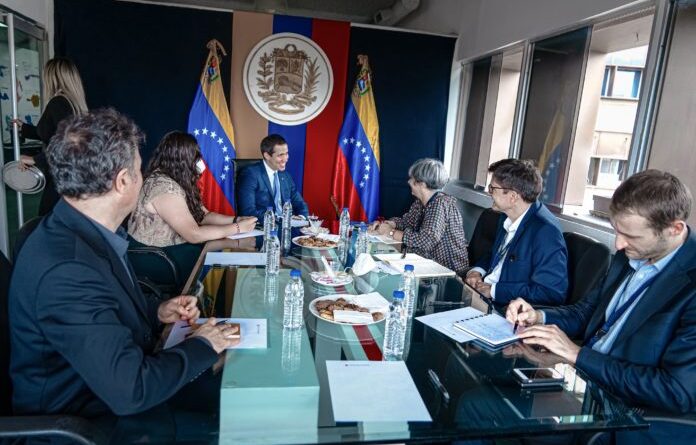 On Thursday, November 18, representatives of the European Union (EU) Elections Observation Mission (EOM) that is in Venezuela reported via Twitter on several meetings they held with spokespersons of Venezuela’s extreme right, such as former deputy Juan Guaidó and the coordinator of the Vente Venezuela movement, María Corina Machado, in the hours before of the regional and municipal mega-elections.

In this regard, the international observers is maintaining their work schedule while the National Electoral Council’s (CNE) schedule for the November 21 mega-elections advances with the objective to materialize the democratic event of this Sunday, November 21, in Venezuela.

Hence, another phase of the EU observation plan was fulfilled, as the head of the European mission in Venezuela, the Portuguese MEP Isabel Santos, spoke with the opposition representatives, in a meeting that has repercussions on the development of the electoral process that is underway.

Likewise, the meeting constitutes another activity in the EU mission’s series of meetings with anti-Chavista leaders. These leaders, although they constantly complain of alleged persecution by the Bolivarian government, have expressed their views both publicly and privately to international visitors.

In another tweet posted on Saturday, November 20, the European delegation reported about meetings with Henrique Capriles, Nicmer Evans and also with the Venezuelan Communist Party (PCV) general secretary Oscar Figuera. In Hugo Chávez’s time, Evans and Figuera used to call themselves Chavistas, but in recent years they have constantly moved closer to anti-Chavismo.

The role of the observers
Several weeks ago the head of the EU observation mission, Isabel Santos, asserted that her team would meet all sectors involved in the Venezuelan political life and to “listen to all of them.”

However, the spokesperson had also promised that the Mission’s work will be carried out at all times without meddling or interfering in internal affairs. Thus, the report on the mega-elections must contain the data collected throughout the process and final recommendations.

For this reason, it is expected that the EU document on the mega-elections will reflect aspects of the activities that it carried out since the beginning of the campaign, including its access to candidates and to the media. Then they dedicate themselves to the electoral event itself, with the respective concerns or complaints that might arise from the key players.

Previously, the spokesperson for the European Union Mission reported that its members act under a code of conduct, similar to all international observers. Despite this, many Chavistas including Deputy Diosdado Cabello have expressed concern about the hidden agenda that the EU mission may have.

Similarly, many Chavistas complained because they find no apparent reason for the EU to meet Guaidó and Machado, when Guaidó belongs to the Democratic Unity Roundtable (MUD) the candidates of which have already met the EU representatives, while Machado is one of the few vocal anti-Chavistas who have maintained the election boycott strategy, continuing to dream that the US is going to invade Venezuela and save—according to them—the country from Chavismo.